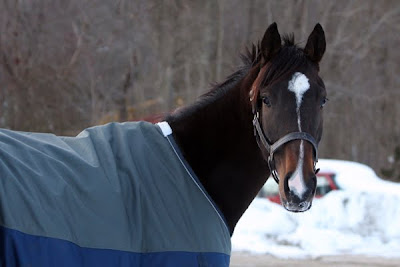 Lucy had an absent-brain moment yesterday. I turned her out in the outdoor to let her play in the snow, thinking she'd want to run around because for some reason all the horses were left in yesterday. She galloped around once, then came back to the fence line, and attempted to JUMP over the fence, but without really picking up her front end. She scraped up her front legs above the knee and had some small abrasions, but I just left them alone because everything seemed superficial. She actually scared me big time because after it happened, she stood with her RH leg up in the air, not wanting to put any weight on it, but after I had a thorough inspection, I decided she was just being a loon, and there was absolutely nothing wrong with her hind legs. There wasn't any major damage and she trotted out sound...thank God! I hope that doesn't happen again.

I also hope she doesn't plan on going around a jumper/xc course without picking up her front end in the future!

I had a FABULOUS ride after I made sure she wasn't broken from her battle with the fence. I spent about twenty minutes just at the walk, getting her moving off my leg and asking her to bend just enough that I could see the corner of her inside eye. Then we picked up the trot, and executed some lovely sweeping figure 8's and serpentines. I let her trot on a loose rein first, and she seemed to appreciate the opportunity to move out a bit. She was still very much in control of herself, and there were no theatrics, and I was impressed that she listened to me even on the buckle. After she was moving really nicely through her back and hips, I let her walk for a few minutes and then picked up the contact a bit. We worked through some leg yields and lots of changes of direction, and she got tonnes of positive reinforcement. Every time I felt her relax through her back, I'd say in a sing-song voice, "Good GIRL!!!!!!" and give her a huge pat with my inside hand, and make a big fuss over how wonderful she was being. She is just the cutest thing...whenever she gets praise, she chews on her bit and pricks her ears and just acts so happy. I love this horse!

Once she was going really well at the trot, I asked for the canter. The trick is not to ask for a canter until the trot is exactly what I want it to be, and that way I will get a nice forward but relaxed canter. The first time she picked it up we were going to the left, and she kind of exploded into the canter because she wasn't quite ready for it yet. I asked her to transition back down to the trot and I got her back together, and then we picked up the canter from a much better spot and it was beautiful. We cantered BOTH directions and it was just so amazing. She was fluid, not rushing, collected, happy, and IN CONTROL! WOOHOO!!!!! :D I was totally excited.

Here are some photos of her playing before she decided the fence was in her way. I'm sorry they're a bit dark-the sun was just about to set. 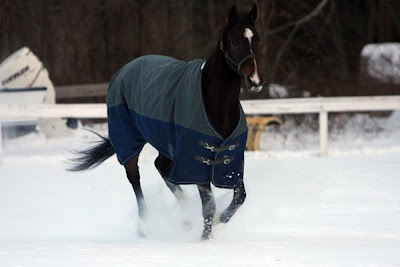 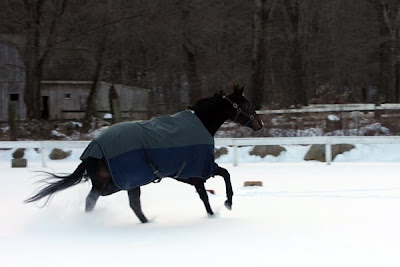 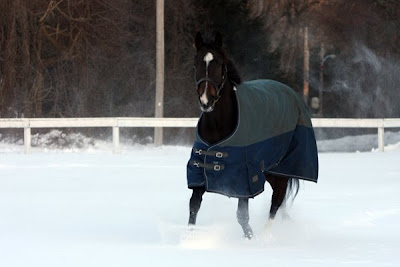 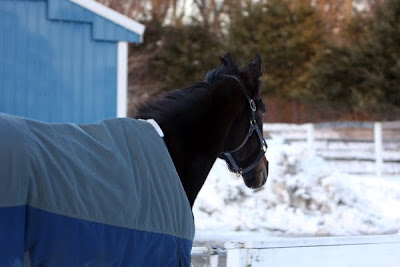