ninja moves out in the field

Today was the first time I have gotten launched since moving to my current barn, which was back in January. I think that's a pretty good stretch of time! Best part was that it was in the field, and we were having a nice gallop when she got a little excited, and started hopping through the air, and it was like riding a trampoline. I more or less got bounced right out of the tack and I landed on my FEET! I think that's only happened once or twice before. It was totally awesome. I felt very ninja like! The not so awesome part was that she spun around and galloped away from me, toward home, throwing in MASSIVE bucks as she hauled a** back to the barn. Kenny had come out to take photos for me and he was closer to the front of the field, so I called him to let him know that Lucy was heading in that direction. Unfortunately she had already gotten past him and was heading out to the road. She galloped down the main road toward the barn (WHY didn't she go down the trail?!? she has never even been ridden on that road!!) and of course it caused a huge ruckus with traffic. The police were called and someone managed to corral her into a large parking lot on the side of the road, by blocking the road with his car. Kenny was right behind the horse (he took the motorcycle to the field) and caught her and held her for me since I was on foot walking to the parking lot where she was.

When I got back to the barn, I tied Lucy to the barn while I cleaned her stall and fed the other horses, then I worked with her on the ground for about 25 minutes. I didn't want her to think she could be naughty and then come home and get fed.

At least before I got tossed, we had a great ride. I spent about an hour and a half out in the field yesterday building some new jumps, and today we tried them all out. 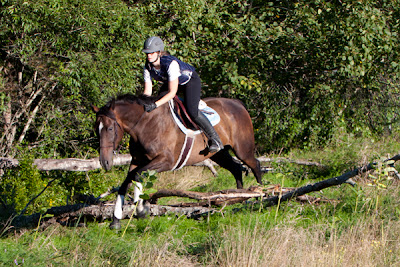 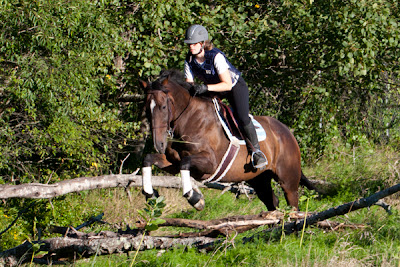 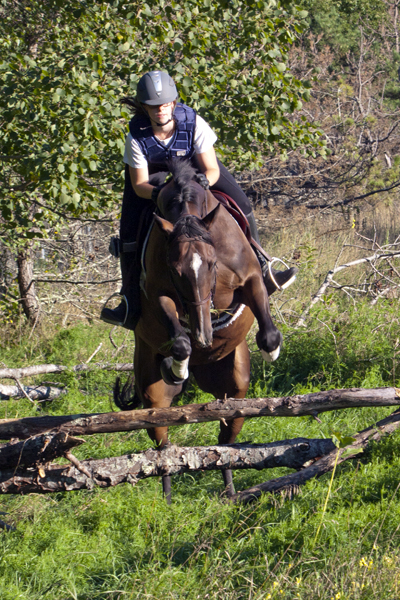 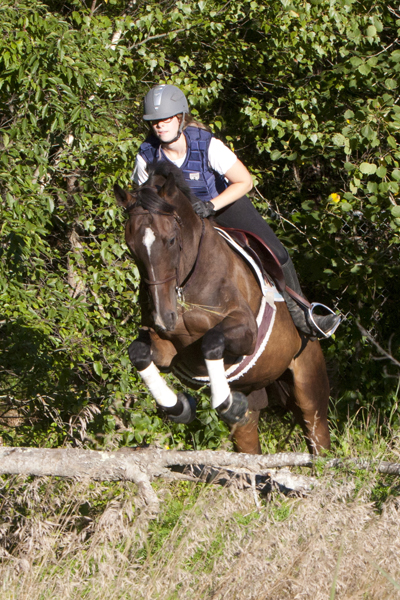 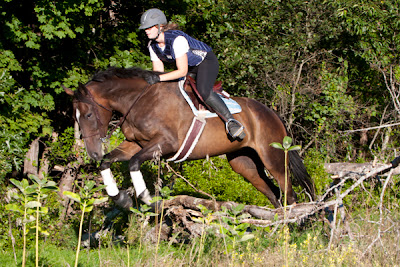 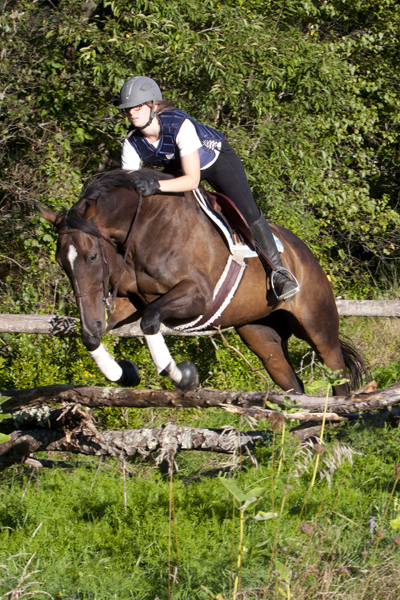 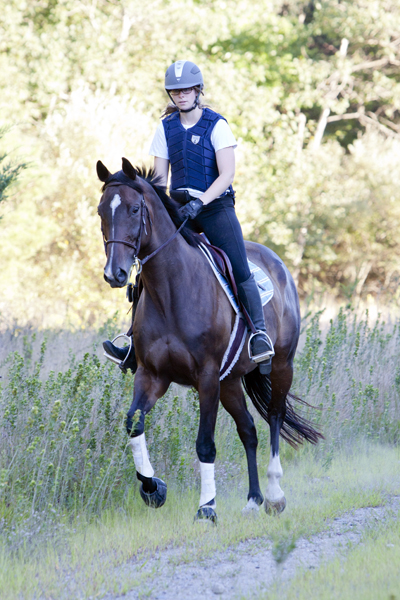 Here's the video I ended up with for the Equine Affaire clinic application.

I hope it's well-received!
Posted by Kate 17 comments:

The purpose of tonight's ride was to make a video that I could send in to apply for a clinic spot at Equine Affaire this fall. We got halfway through the ride and the stupid video camera died, despite showing that it had full battery at the beginning of the ride! I was annoyed, but at least I had the big camera and Kenny could get some photos. 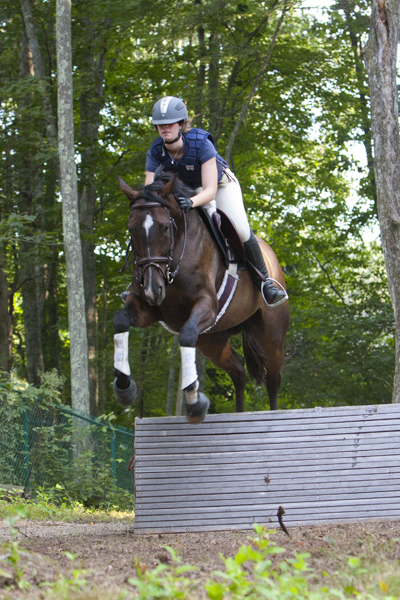 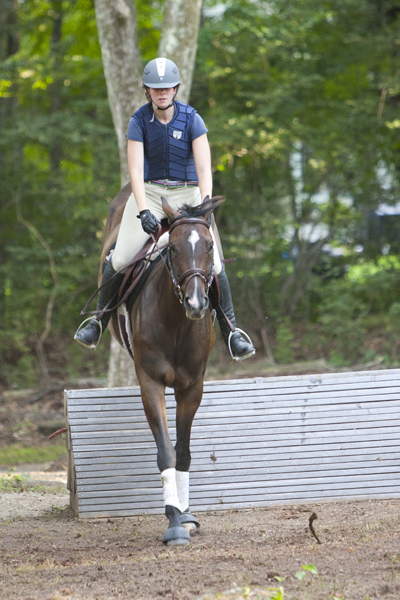 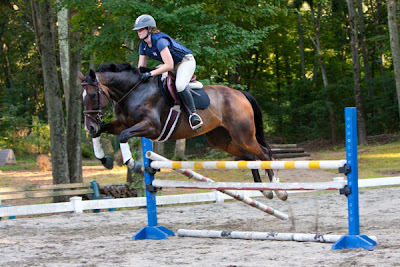 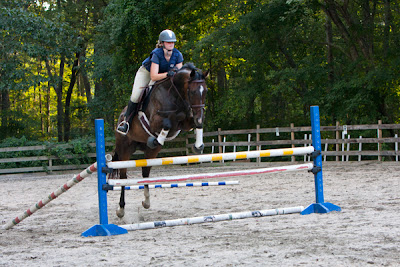 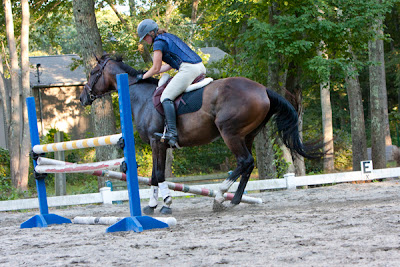 I was reminded by [a different] Kate's recent post over at Grey Brook Eventing that I really needed to do a condition update on Lucy. So, here they are! 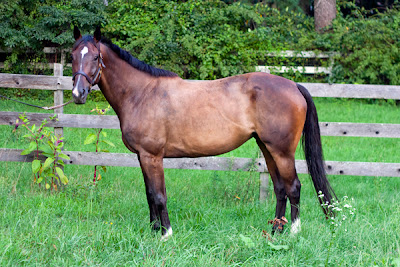 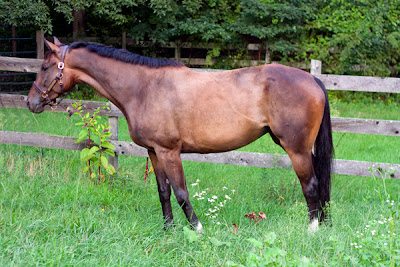 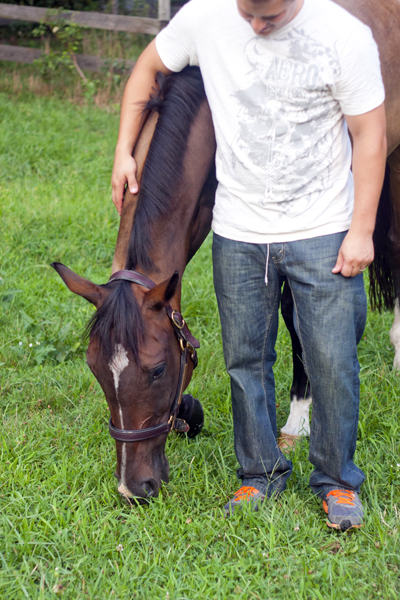 hunting for diamonds...in the barn?

What can I say, my husband spoiled me when he bought my engagement ring. It is a beautiful solitaire, but it doesn't fit well under my riding gloves. My wedding ring is much flatter, but it sometimes pinches the skin on my finger under my gloves. If I go to the barn directly from my house, I simply take my rings off and leave them at home, but if I go directly from work, I take my rings off once I get to the barn before I tack up.

Usually I leave them in my brush box, but yesterday for some reason I absentmindedly left them on the corner of my closed trunk lid. Lucy, Cairo and I went out and had a lovely long trail ride and returned just before dusk. I turned her out in the grass paddock while I did some tack room organizing, including taking a towel and briskly wiping all of the dust off the top of my trunk. I forgot that my rings were sitting right on the edge of the trunk and in my cleaning frenzy, they were flung straight across the tack room, landing in the back corner under a little tack cart. I happily continued with the cleaning, not realizing what I had done until all the horses were in and fed, and it was time to go home. I realized I didn't have my rings on and went to get them out of my brush box, where I normally put them...except they weren't there. I couldn't remember where I had set them down so I spent the next 45 minutes frantically searching the entire barn. I still can't believe I found them because they were very well hidden.

Do you wear your rings when you ride? If not, where do you store them? A friend suggested I put them on my necklace if I'm wearing one, and that's certainly a better idea than leaving them out in the open unattended at the barn while I'm out gallivanting around the trails for hours!
Posted by Kate 20 comments:

ask and you shall receive

One thing Lucy "said" to me the other night was that she loves trail rides the most, especially when she can jump things out in the woods and the fields. Lauren rode today and it was an all-about-Lucy day, so they went on a long trail ride, through the woods and fields, galloping around and jumping logs. I met them out in the field and played paparazzi. There was a look of pure joy on Lucy's face that you can't deny. She had such a great time! Lauren seemed to enjoy herself, too :D 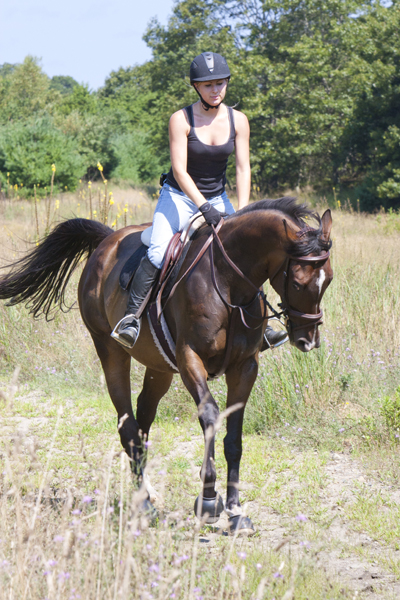 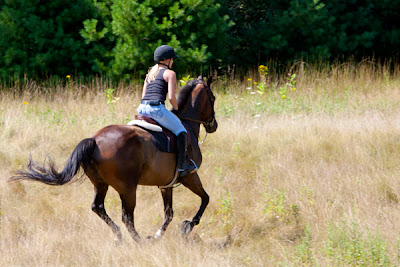 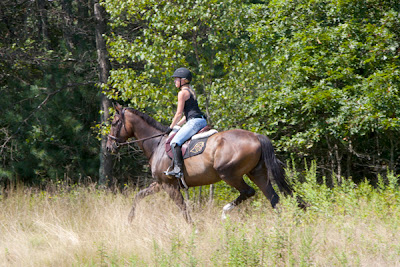 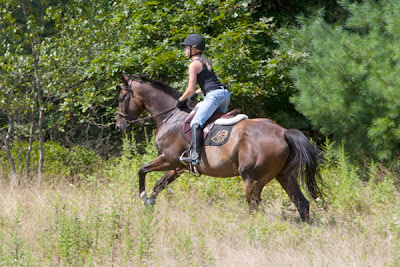 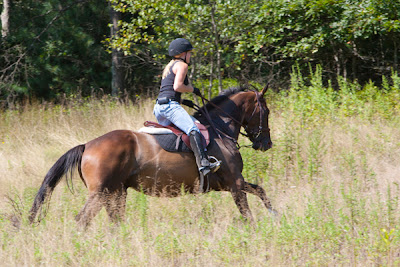 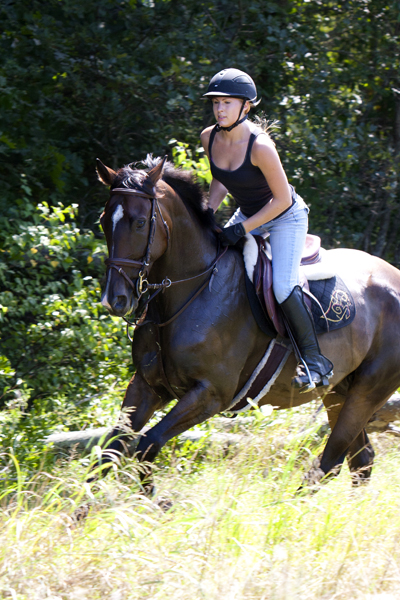 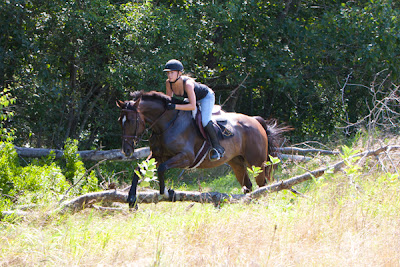