Niall Quirke, a trainer for the Equestrian Federation of Ireland, comes to my barn to teach 2-3 times a year. Up until today, I've told myself that I really will be fine without a lesson from him, but my barn owner persuaded me to take the plunge and sign up for a lesson. Boy am I glad I did!


Lucy started out nice and floaty, then got very tense for about 15 minutes. The trails at my barn start off the back of the outdoor, and horses going to/coming from the trails have been notoriously scary for Lucy -- something about creatures coming out of the woods just doesn't sit right with her (is anyone shocked?). Today, a lady riding a horse from my barn came back from a trail ride during the first few minutes of the lesson. She called out to let us know she was coming, so I stopped Lucy and let her watch the horse come out of the woods. She stood while the horse walked up past the outdoor, but as the horse approached the point where we were standing alongside the rail, she coiled up and leaped up into the air and threw an absolute tantrum, for NO reason. The horse coming out of the woods was interesting but not worthy of any nonsense, but the horse walking past us was cause for a huge riot. After that, she was insane for another ten minutes or so. We could only handle walking up to a line of trot poles and trotting at the base of the first pole, NOT just trotting in like a normal horse/rider. Canter work produced tantrums and while I rode her through them, I was thoroughly unimpressed. Didn't she get my message from the communicator last night when I said I loved her but I really needed her to behave today?! COME ON! ;)

We moved onto some gymnastic exercises, gradually increasing difficulty and height. I had a few moments of "holy crap, I can't believe I have to jump that jump" but at that point, I was already at the base of the jump and the only logical choice was to just jump it! :) It was a great confidence-boosting lesson for both Lucy and I. The hardest jump we did was a 3'-ish vertical with a blanket draped over it for shock value, since both Lucy and the other horse in my lesson were blowing through the line at mach 5 speed and not using themselves as well over the jumps.

The blanket over the pole spooked Lucy, but we worked through it and got over the jump :) Here's a video: 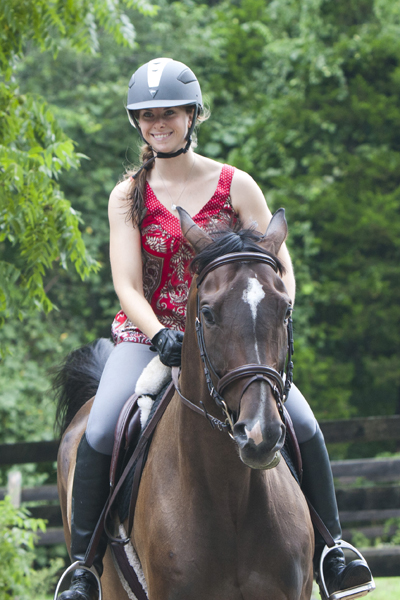 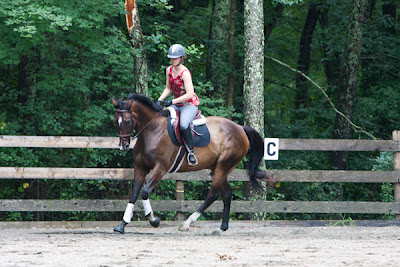 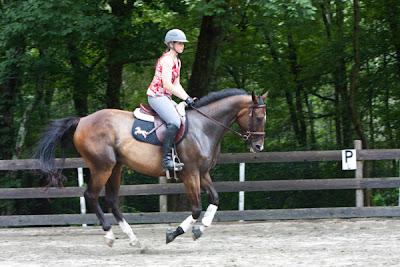 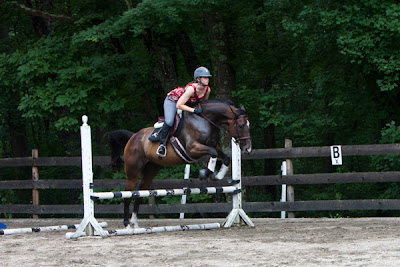 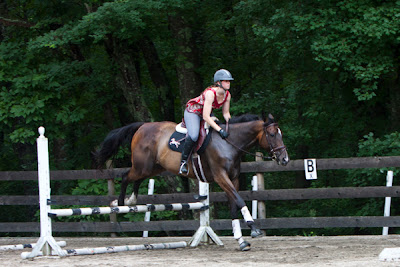 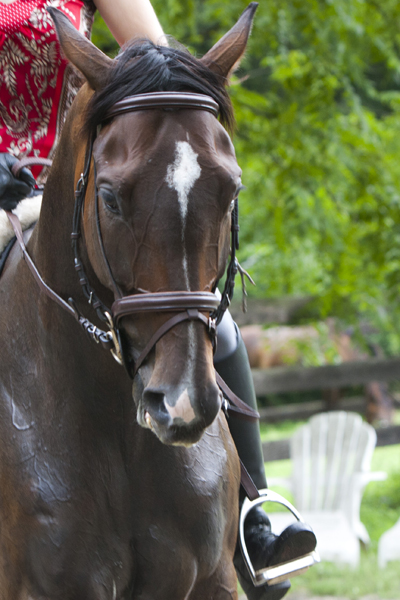 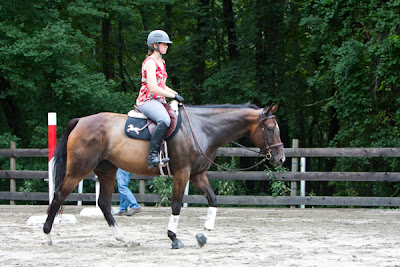 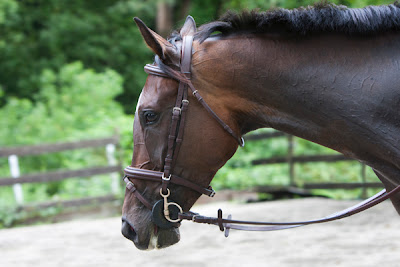 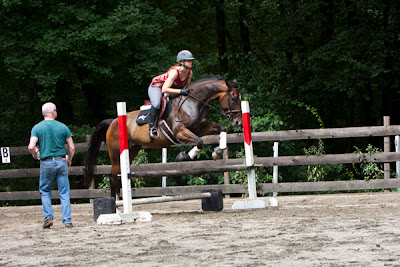 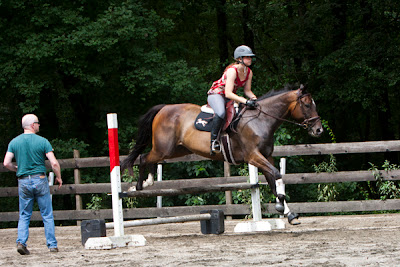