riding in the rain

I had an unexpected baby-free hour and a half on Sunday so I rushed to the barn, got Lucy tacked up, and rode in the outdoor. First I lunged the snot out of her because it was chilly, raining, and she had gotten several days off, and that turned out to be a good choice, because she was a bit craycray. She calmed down and paid attention and I felt pretty good by the time I put a foot in the stirrup and climbed on. I chose to stick to a walk and trot because I didn't feel as though I had 100% of her attention.

And yes, I rode outside in the rain even though we have an indoor. Once it hits 40 degrees, I don't want to ride inside anymore, no matter the weather.

I've got to hand it to my body; I rode like a BOSS even though I am still comically out of shape. Things just clicked into place, and I'll chalk that up to muscle memory.


I rode again yesterday and hardly spent any time lunging her because she was already chill! We had a super ride and this time we had a little canter in both directions. Lucy's canter has always been her worst gait but after Maddy's extensive work with her over the winter, I couldn't believe the difference in how she moved. Her canter was miles better than it was before. We cruised around the whole ring a few times in each direction and then I asked her to come back to a walk. She was like, oh hell no, and was a bit naughty about it. I was disappointed because we had been doing SO well! But I just picked up another canter and asked for another downward transition. It took three transitions but she was much more polite about it by the third one. Overall I was very, very pleased.

Hannah is six weeks old today and she gave me a real, genuinely happy smile today while I was taking some photos of her. I couldn't believe I was lucky enough to have the camera when this happened!! 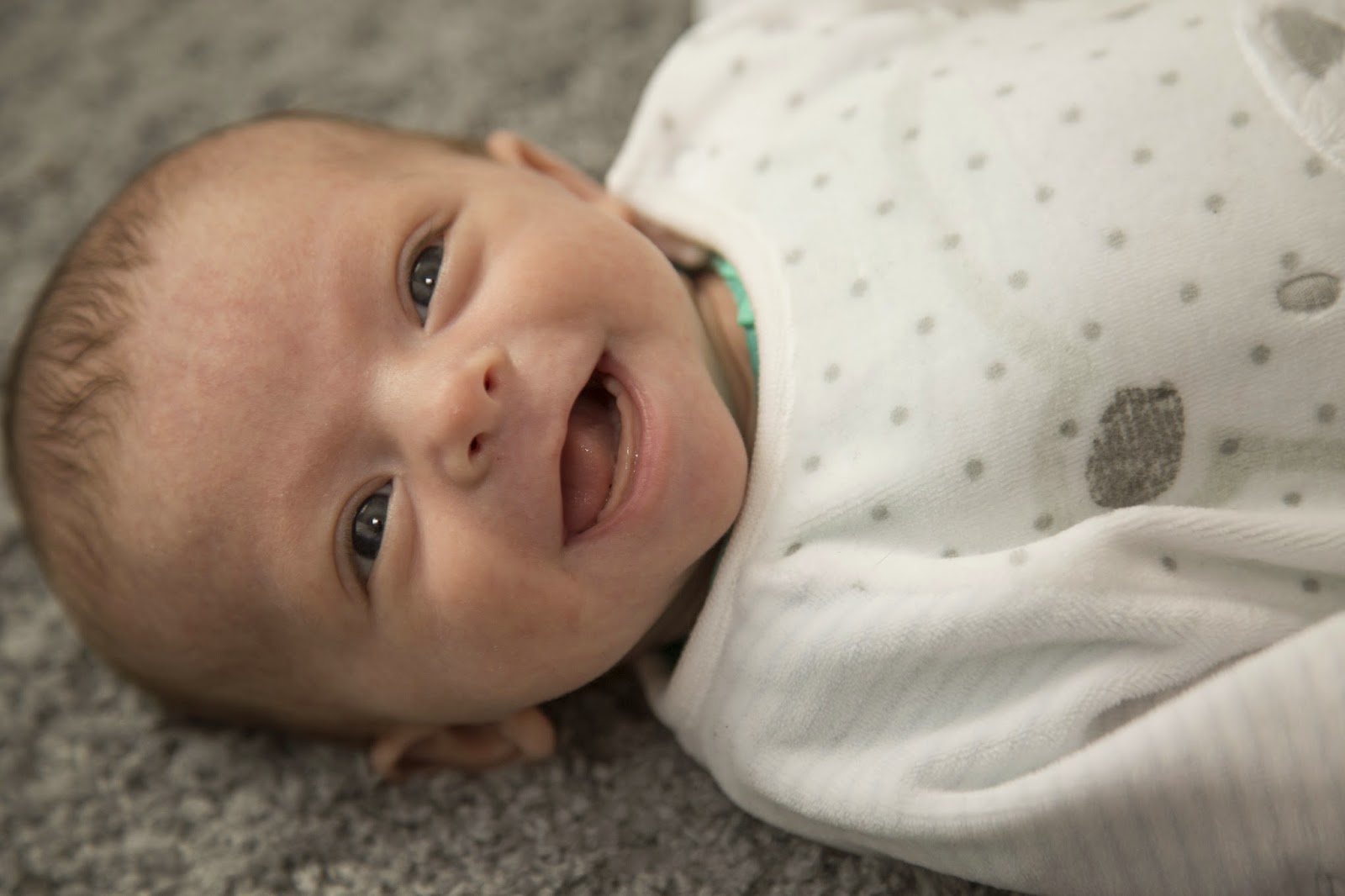 I rode Lulu again on Monday and I felt much more together than I did the first time. It was kind of funny, because she more feisty on Monday than she was before, and I had to actually RIDE instead of sitting there like a blob.

Amanda took some photos for me: 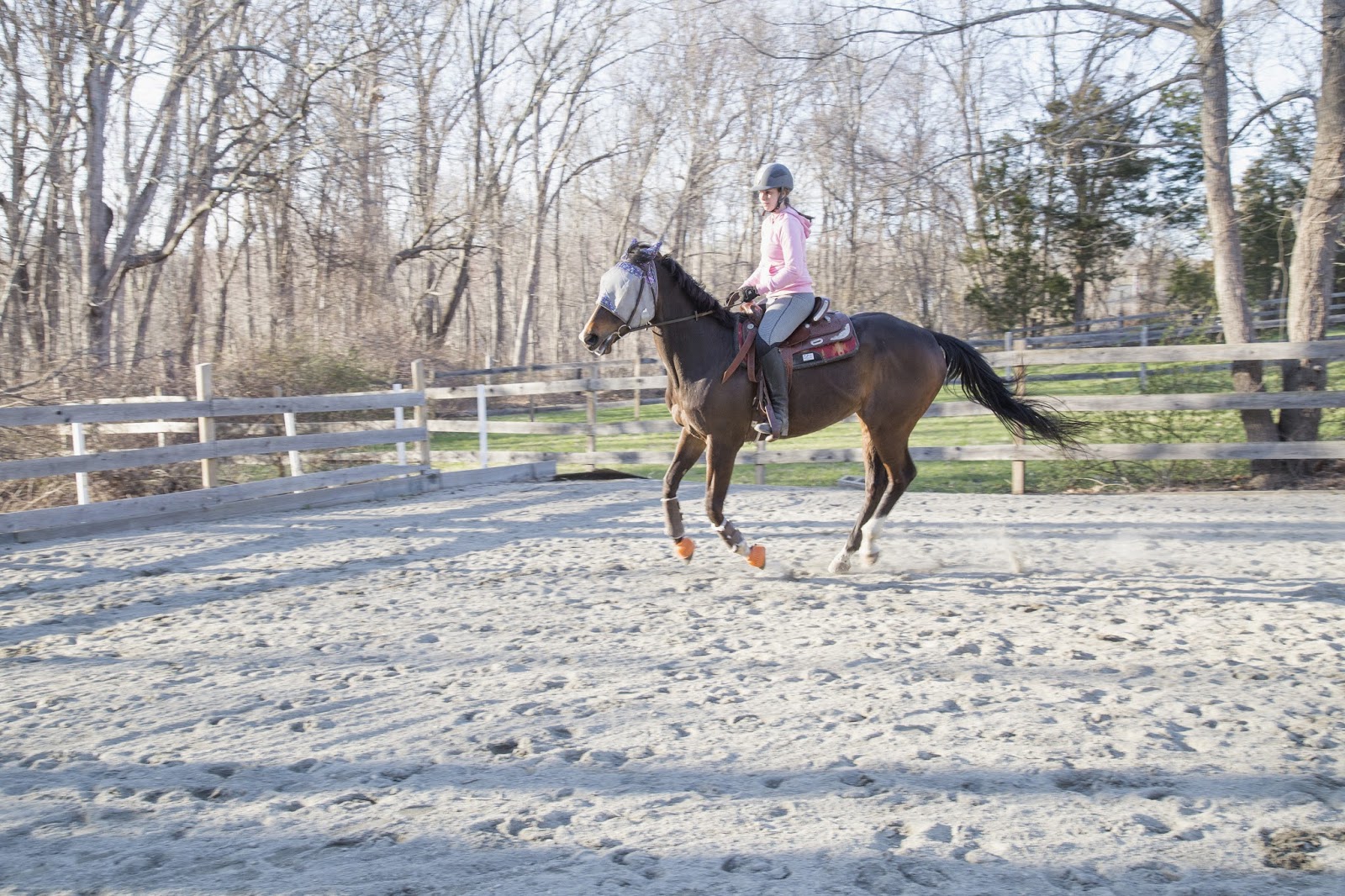 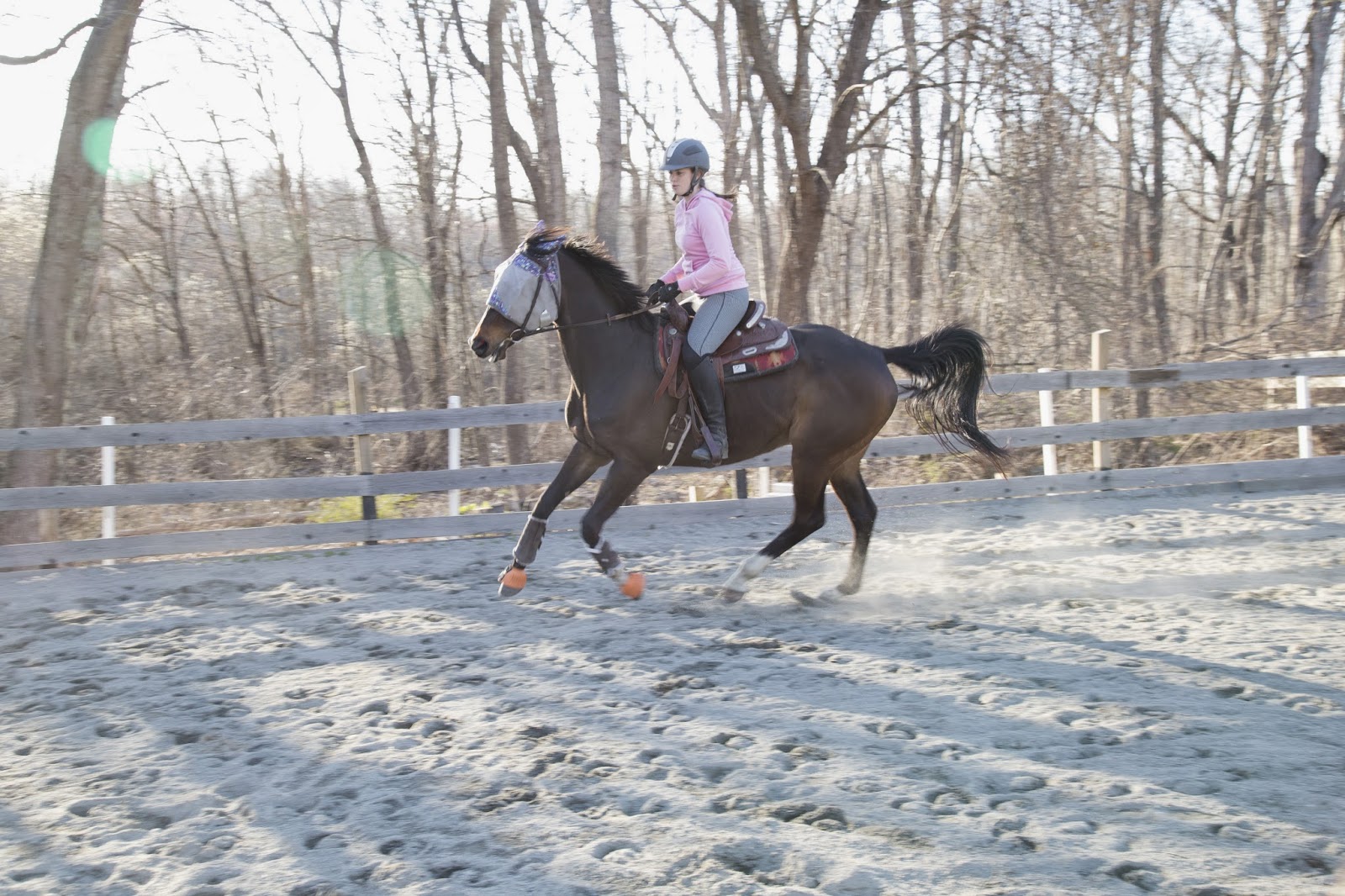 As you can see, she was a tiny bit fiery! Hehe. She held it together well enough, and I was happy with the ride.

Amanda is going to take Lucy to the annual RISPCA ride in a couple of weeks. I'd love to go but I don't have the stamina to ride for two hours yet. I know Amanda will have a great time.

Hannah had her one-month appointment today with the doctor, and came away with A+'s across the board. She is 7lbs 3oz, and is growing on a perfect curve. It was reassuring to hear everything is normal and looking good! back in the saddle

I rode today! I was feeling great, the weather was perfect, and given Amanda's perfect rides this week, I felt confident that Lucy would be a good girl. I was right. Even though all the time out of the saddle really took its toll on my strength, and I was all over the place, Lucy trucked right along and was seriously the best girl. 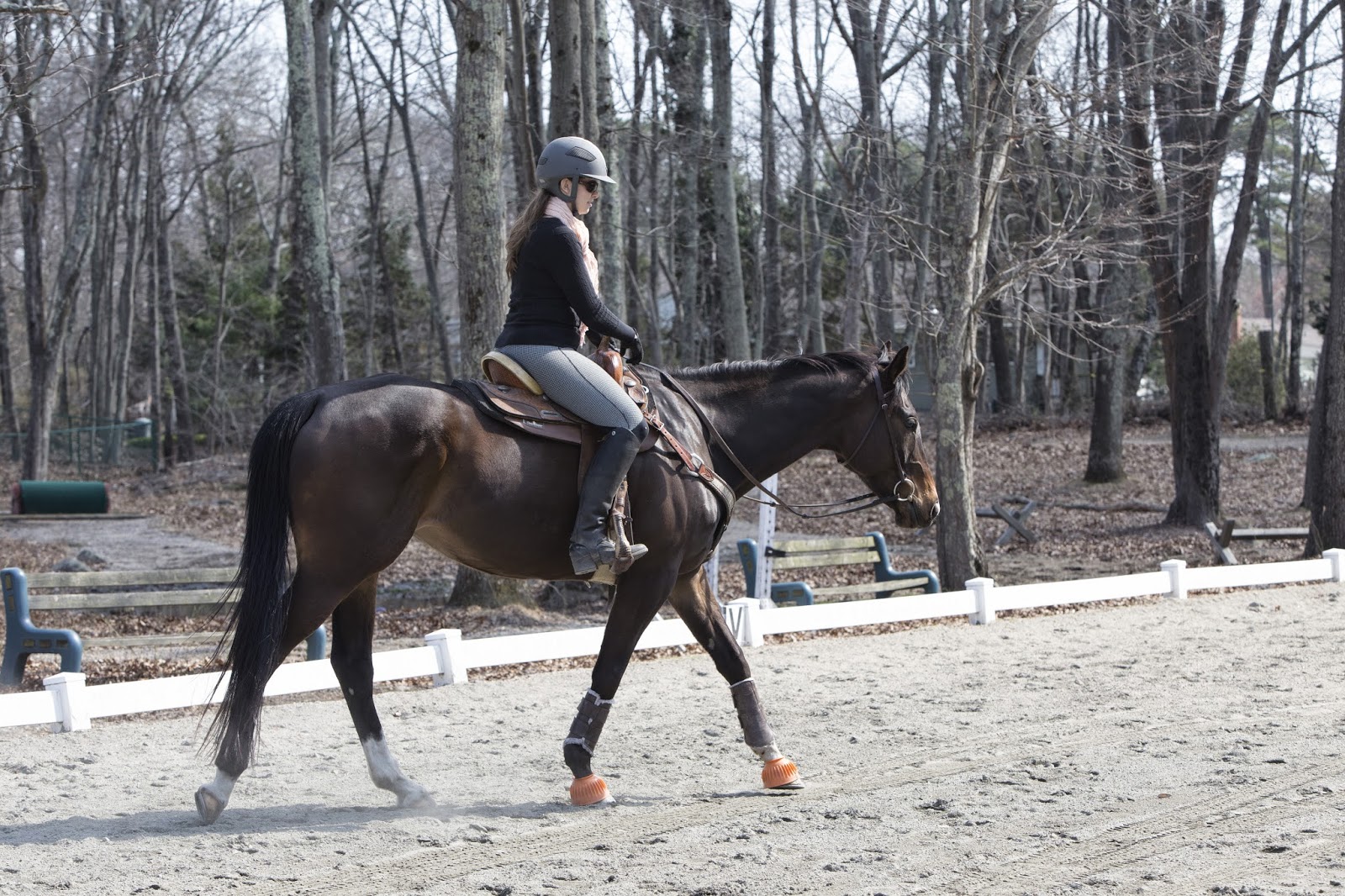 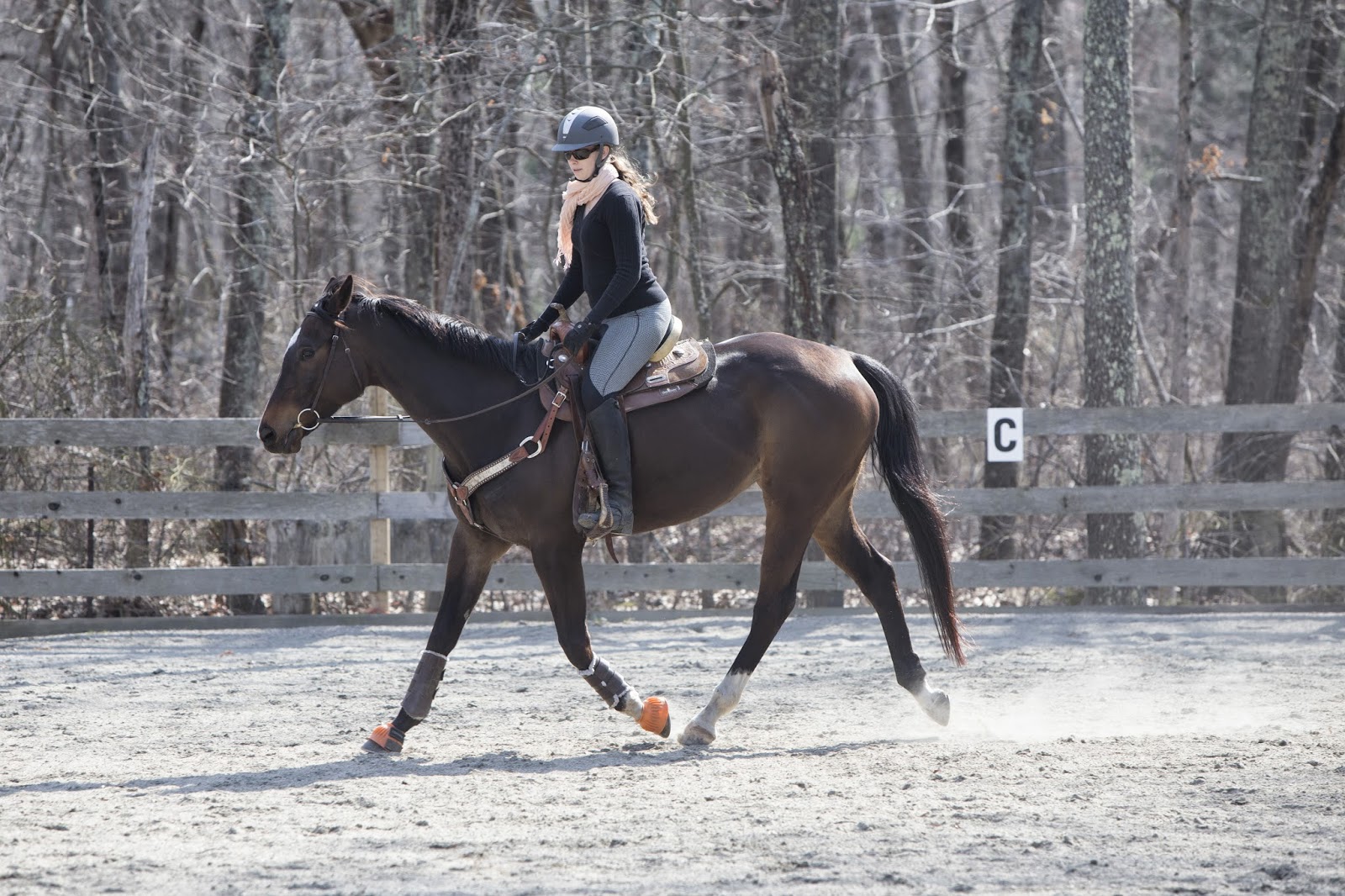 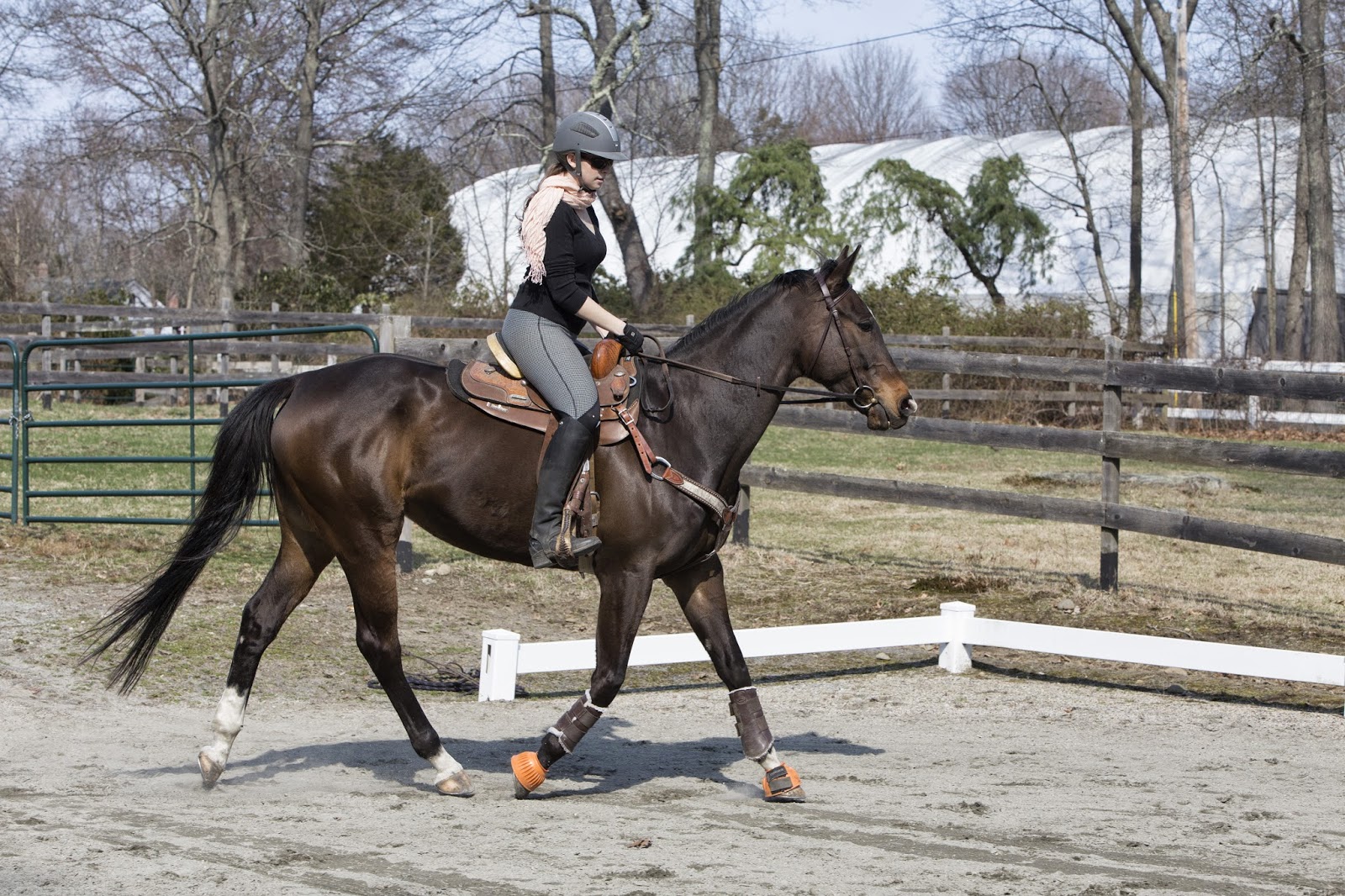 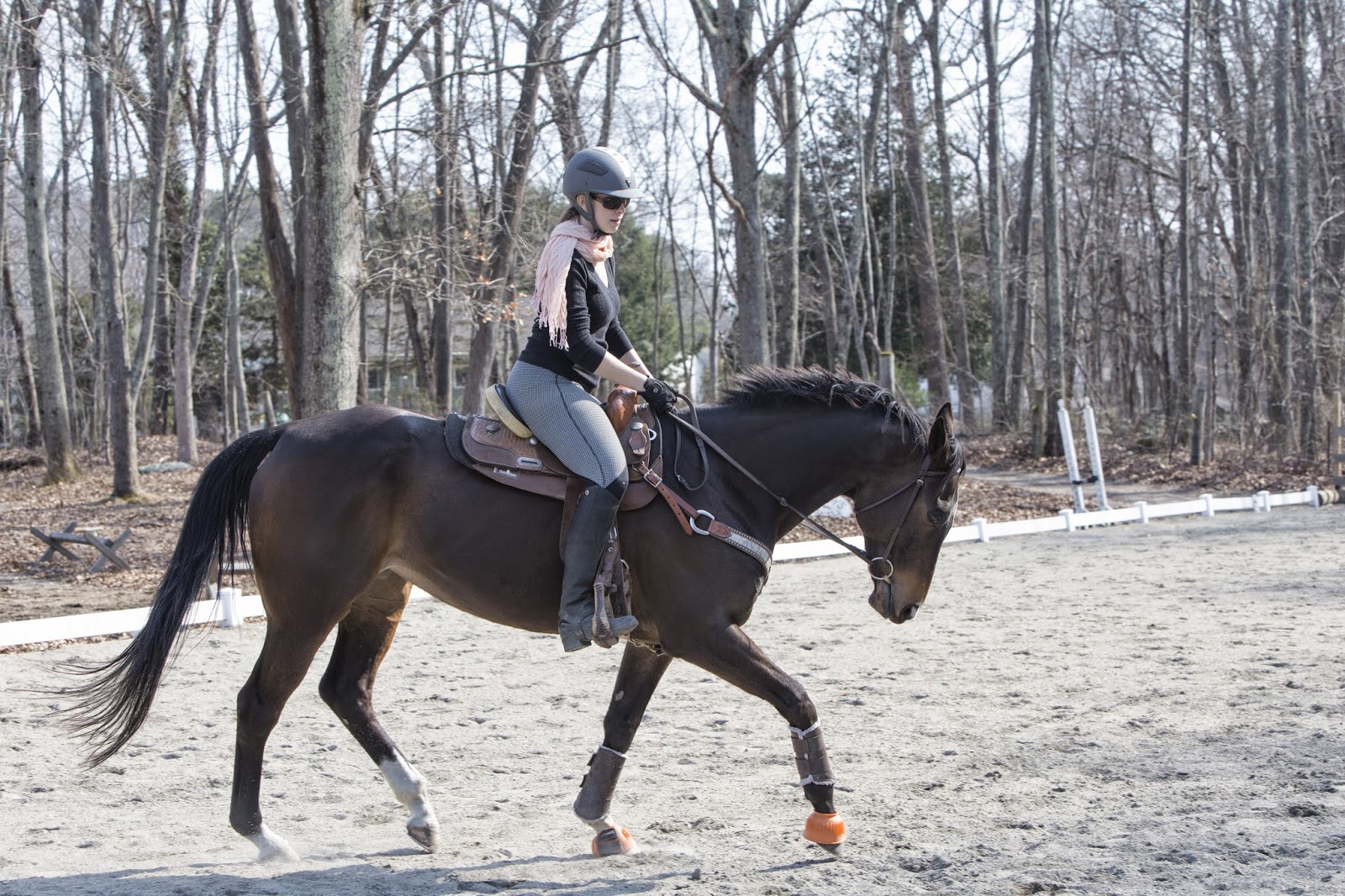 Maddy coached me through the ride a bit (mostly just saying "sit up!" lol...old habits die hard!) and then Amanda rode after me, and reported that Lu was a very good girl for her, too.

I was pretty sore when I got home, but I'm so happy I rode. Kenny and Hannah came along and hung out by the side of the ring. It was very nice to have them both there.

Tomorrow is Spring Shots, round 1, and if the vet comes out later in the day, I'll ride first. If they end up coming out early, I probably won't get there with time to ride. It's amazing how much time caring for the baby takes in the morning.
Posted by Kate 13 comments:

Winter Lucy is on her way out

Oh hi! No, I'm not dead, though my body tried that several times. I had so many complications beyond the initial issues after Hannah's birth, it was ridiculous. I was in the hospital two additional times and finally ended up having surgery two weeks ago. That seemed to really do the trick, and it's been smooth sailing ever since. This week I actually got approved to be a human again! I can now go for walks, spend time outside, do housework, etc. I have never been so happy to go to the grocery store! It's insane.

Hannah is doing wonderfully, though she has developed an issue with colic, and also has reflux. I'm not sure which is less fun: a colicking horse, or a colicking baby. Both suck. She's on some medication now that is helping her (and us! no one likes to be up with a screaming child all night!) and I hope she grows out of it fast.

I went to the barn twice this week; once to watch Amanda ride Lucy, and then again today to do stalls as a little surprise for Maddy :D

Amanda and Lucy have been having great ride after great ride and I am confident that Summer Lucy has made a triumphant return! I plan on getting on her tomorrow or Monday. Spring shots are on Monday but if I can coordinate someone to watch Hannah, I'll get out there before the vet does and hopefully at least walk around.

Here are some photos from Amanda's ride: 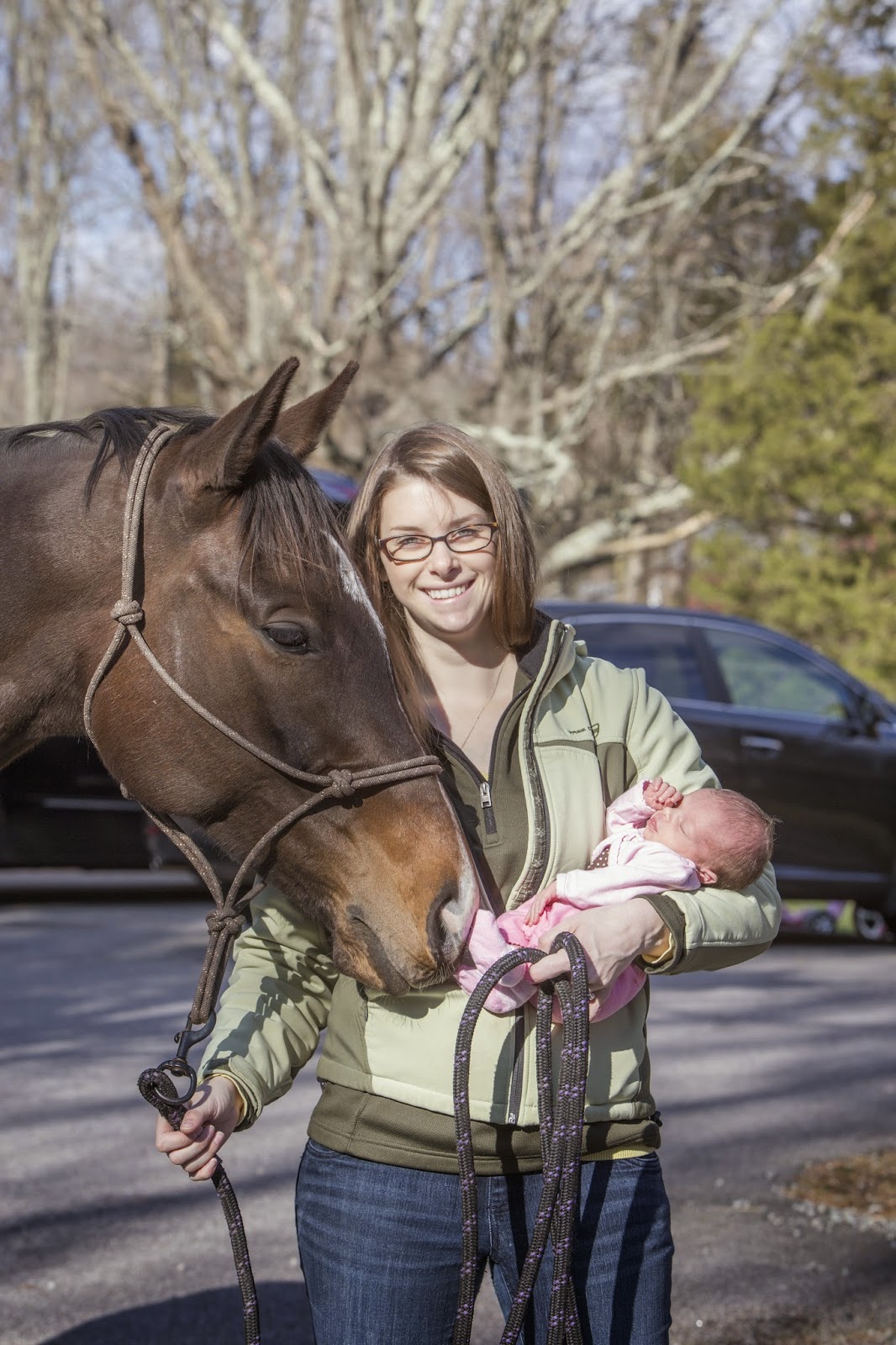 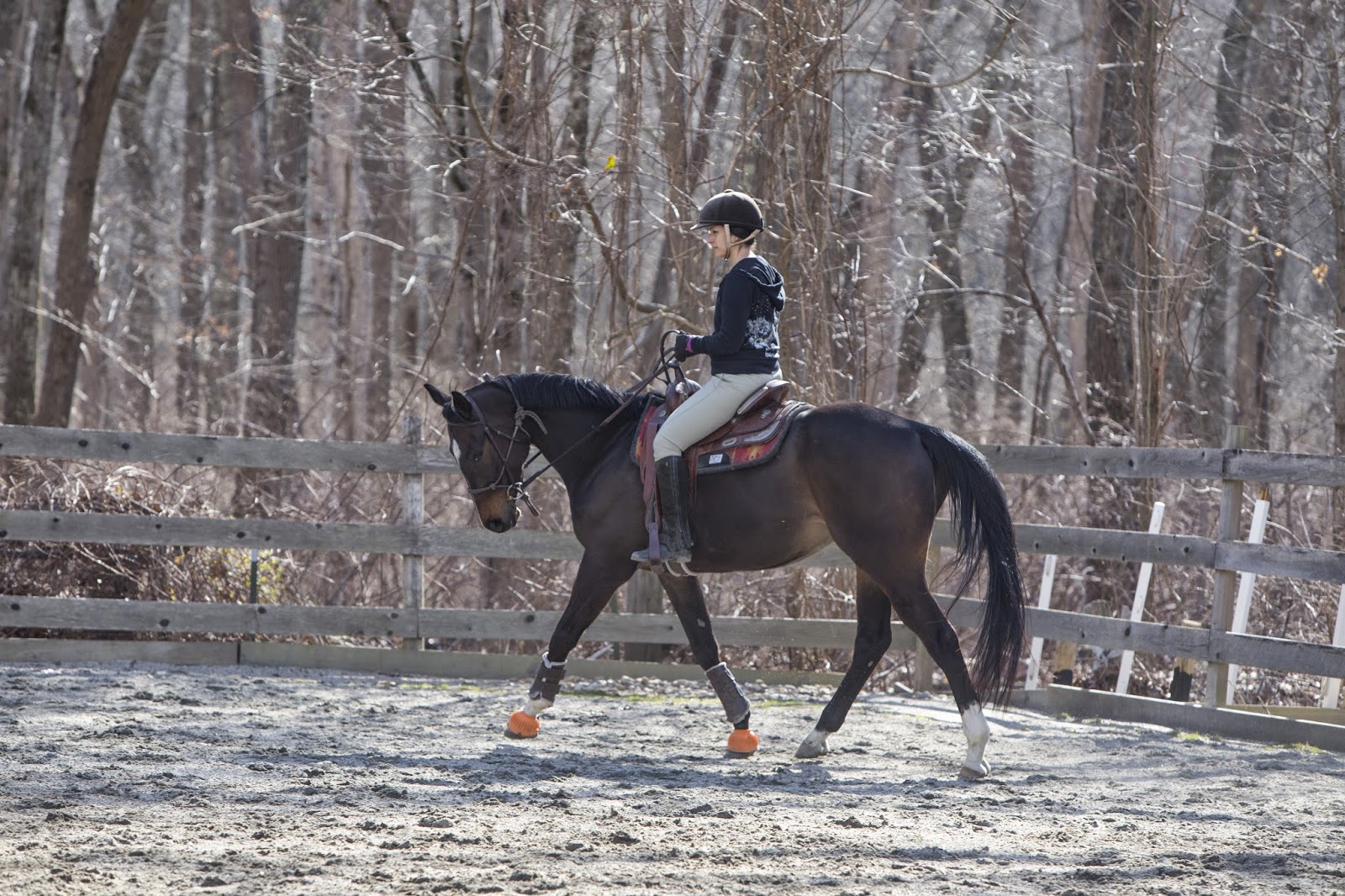 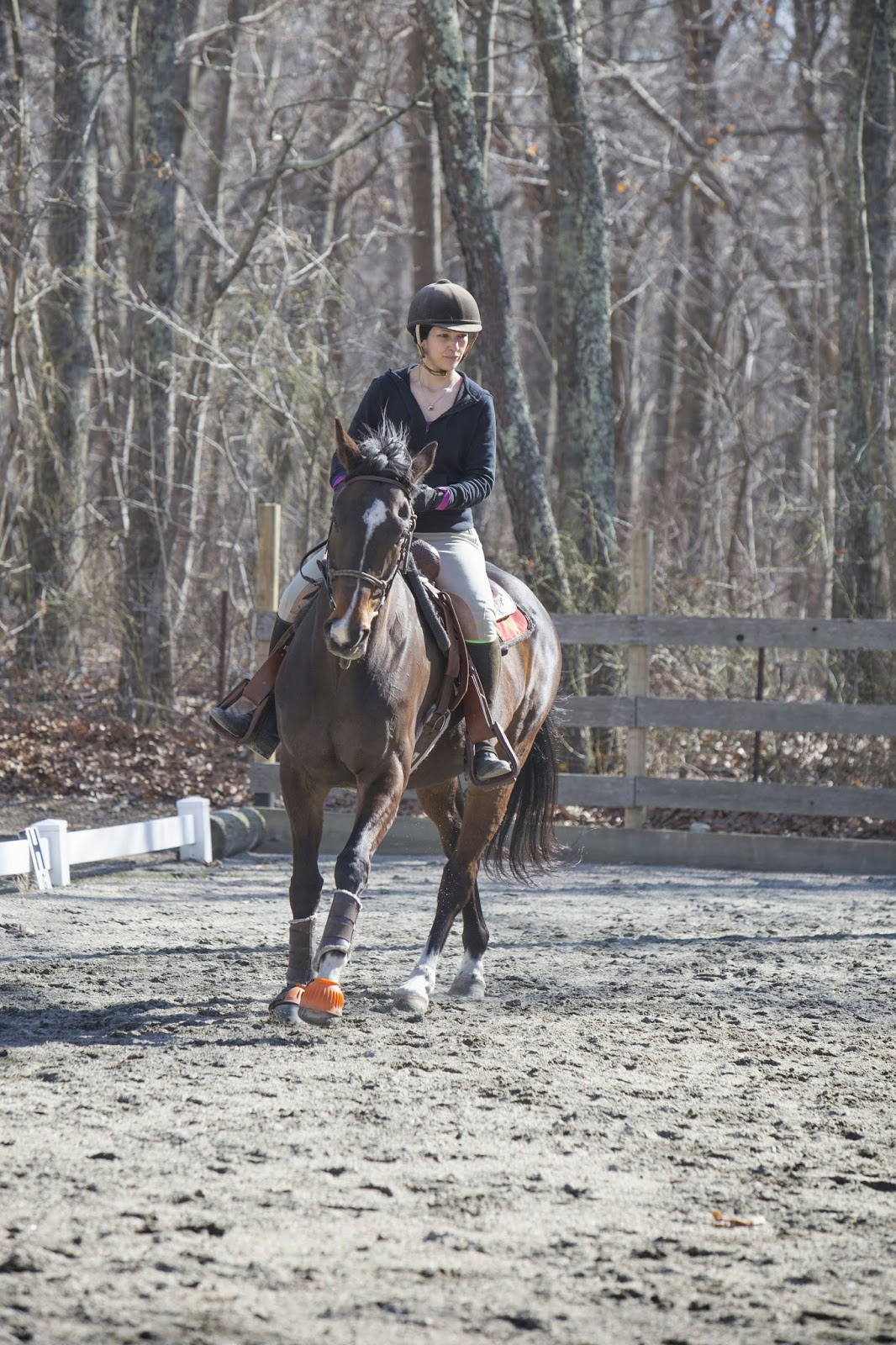 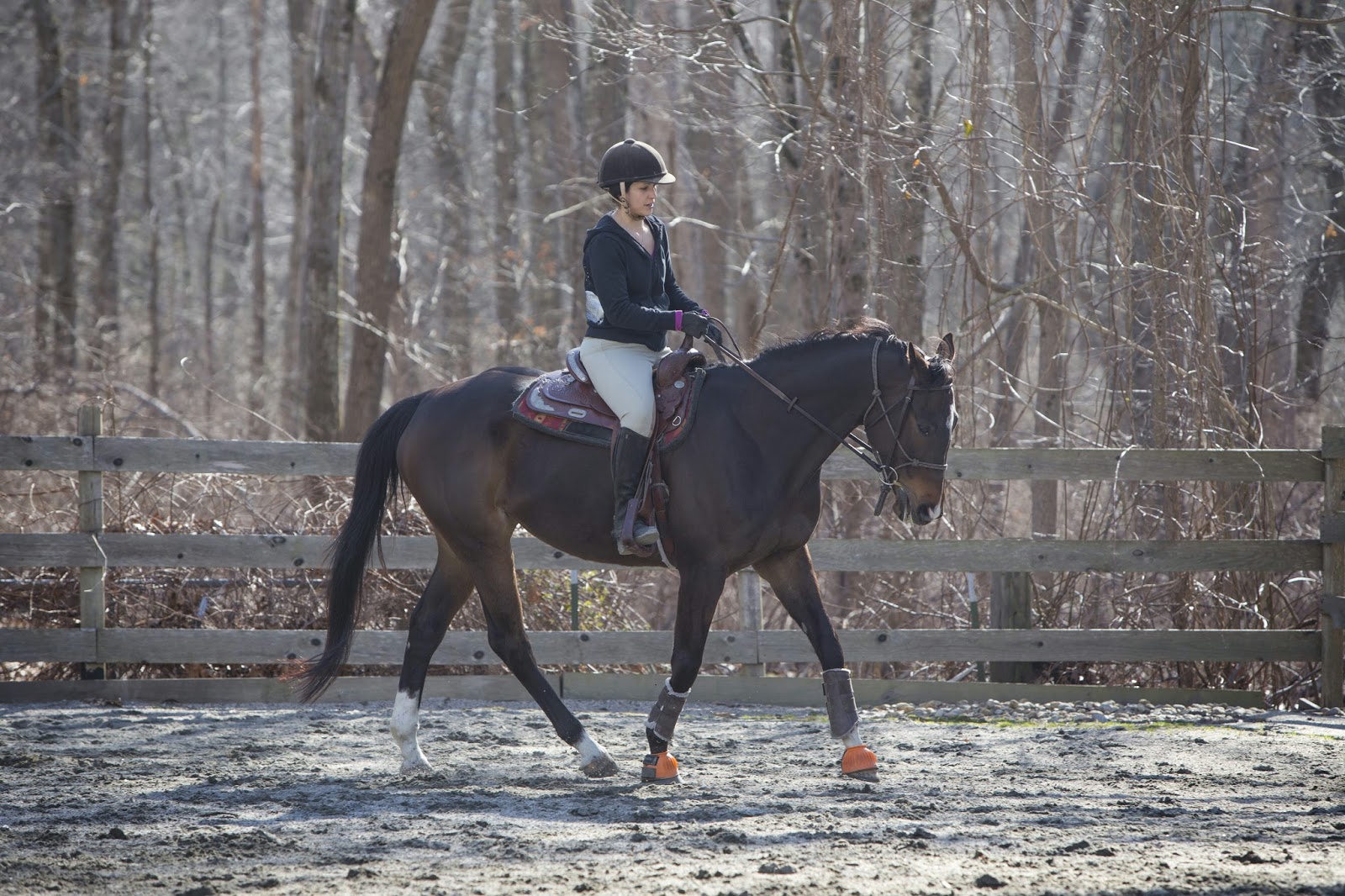 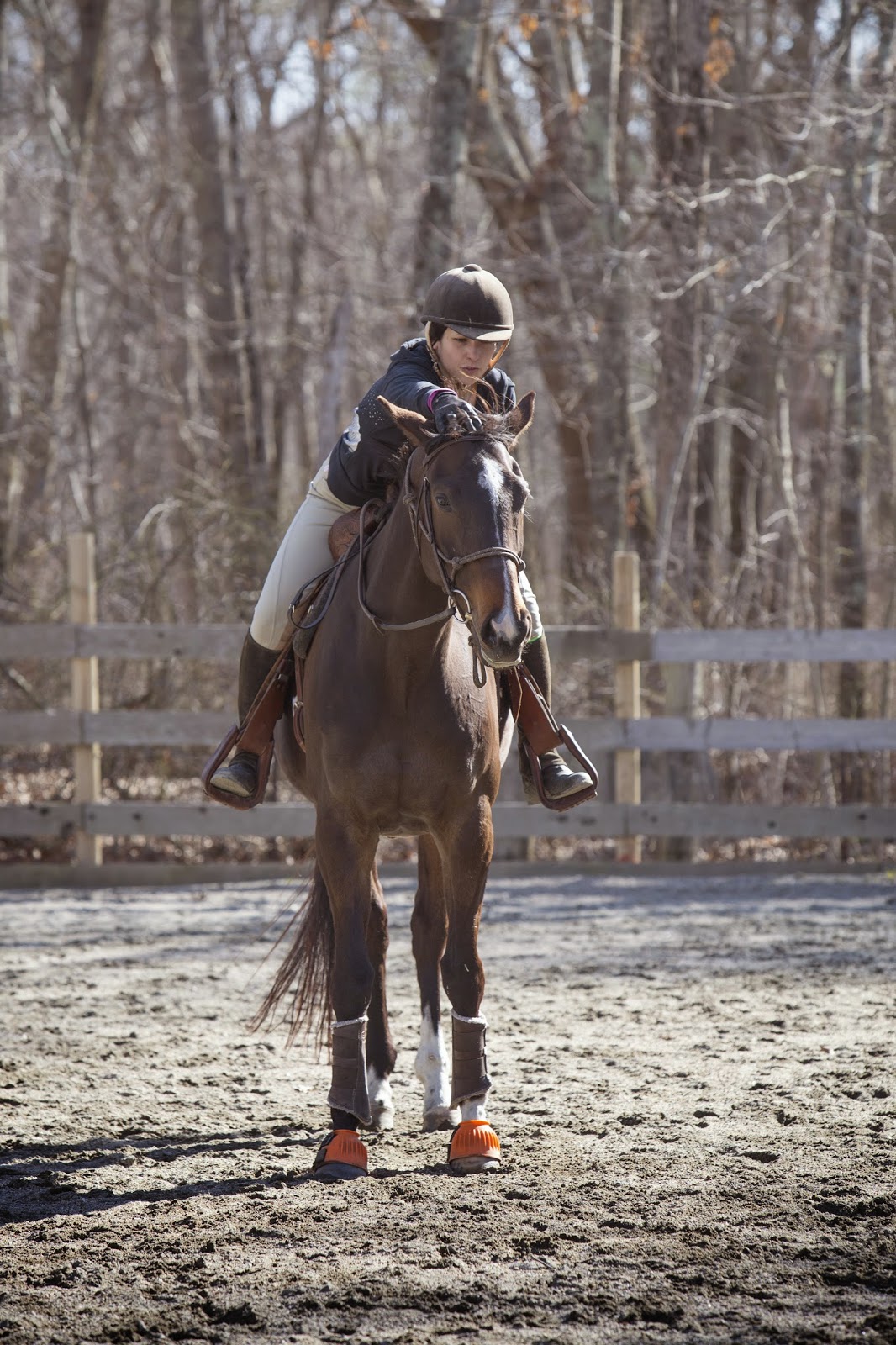 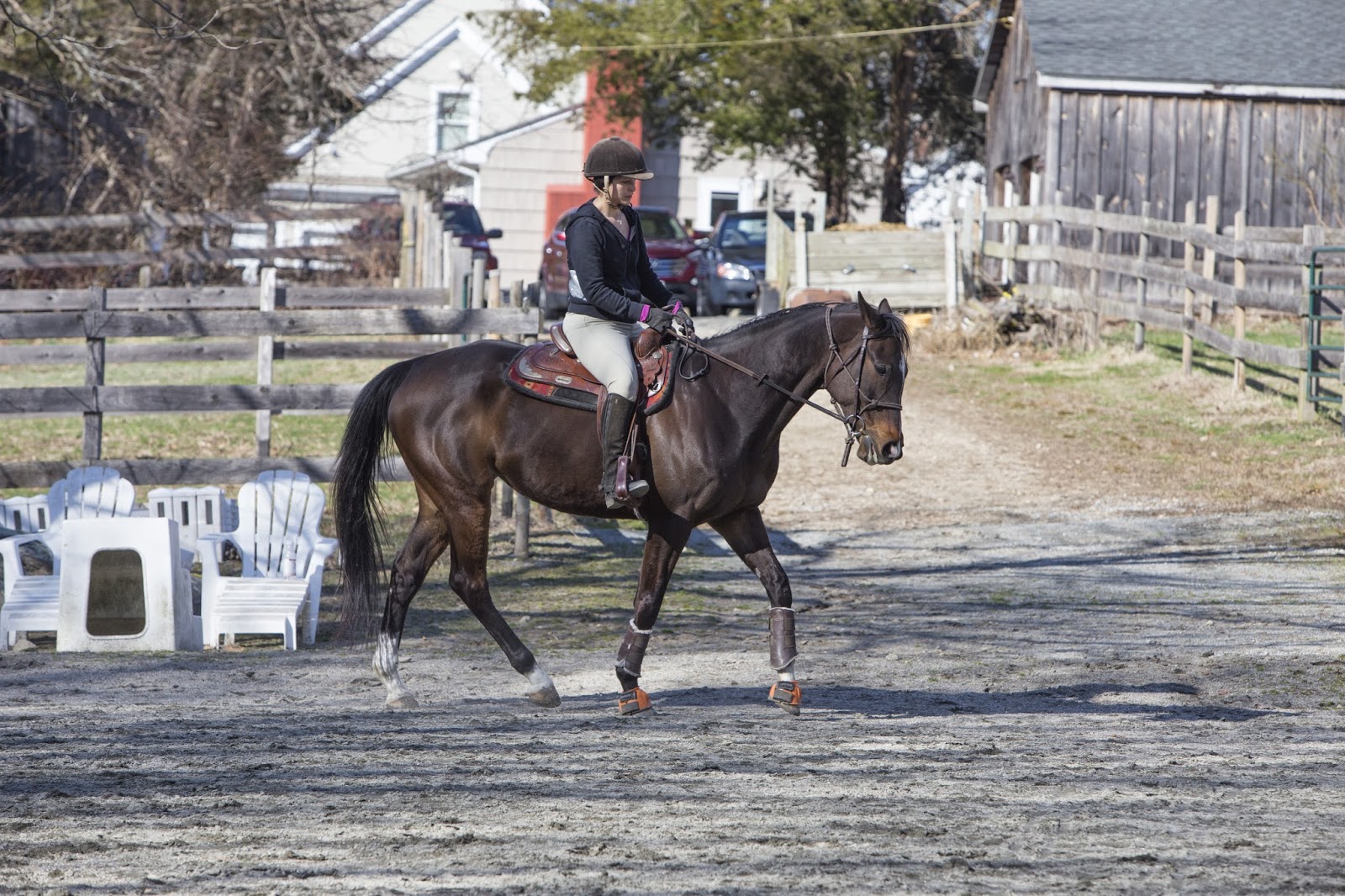 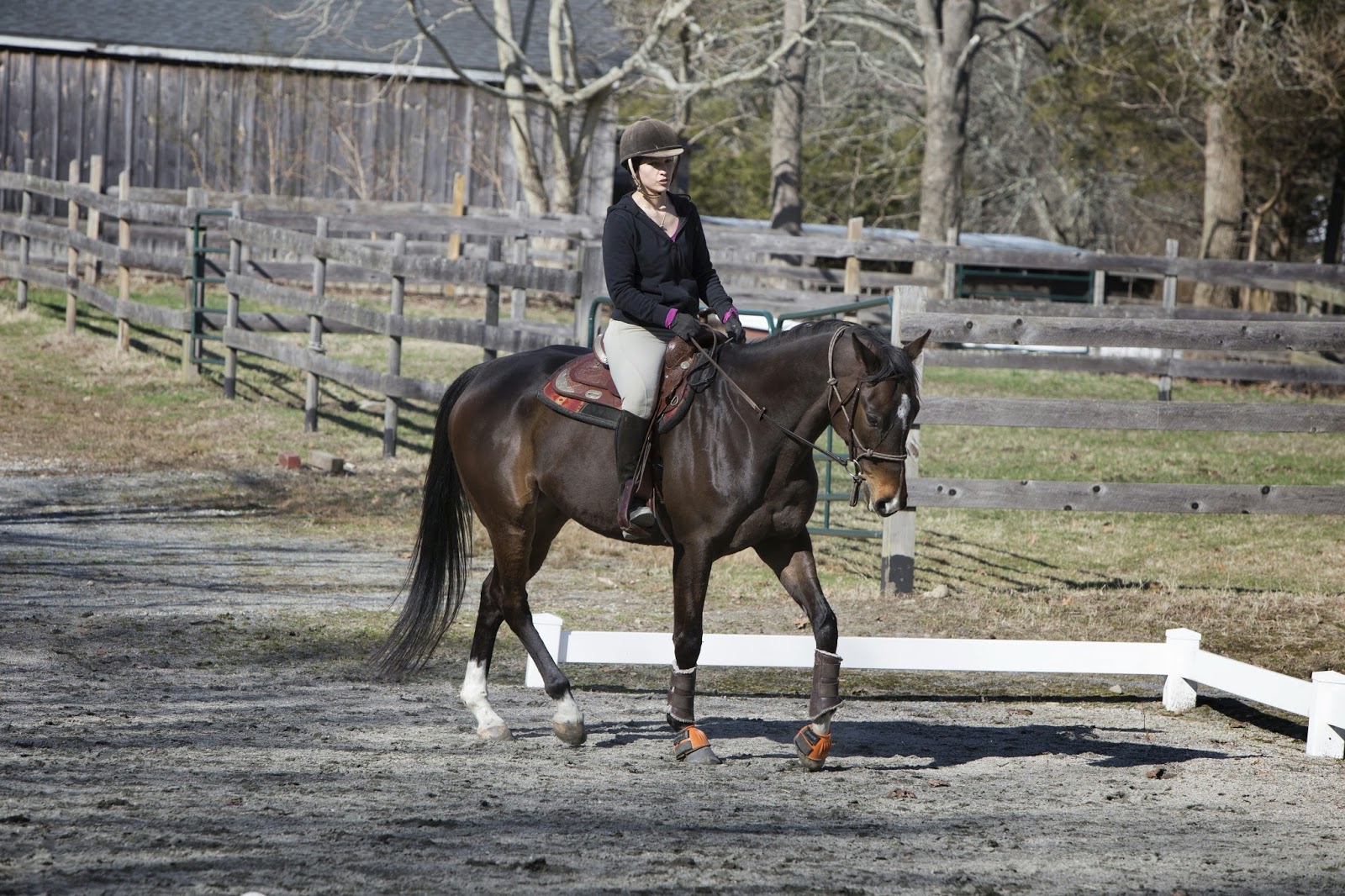 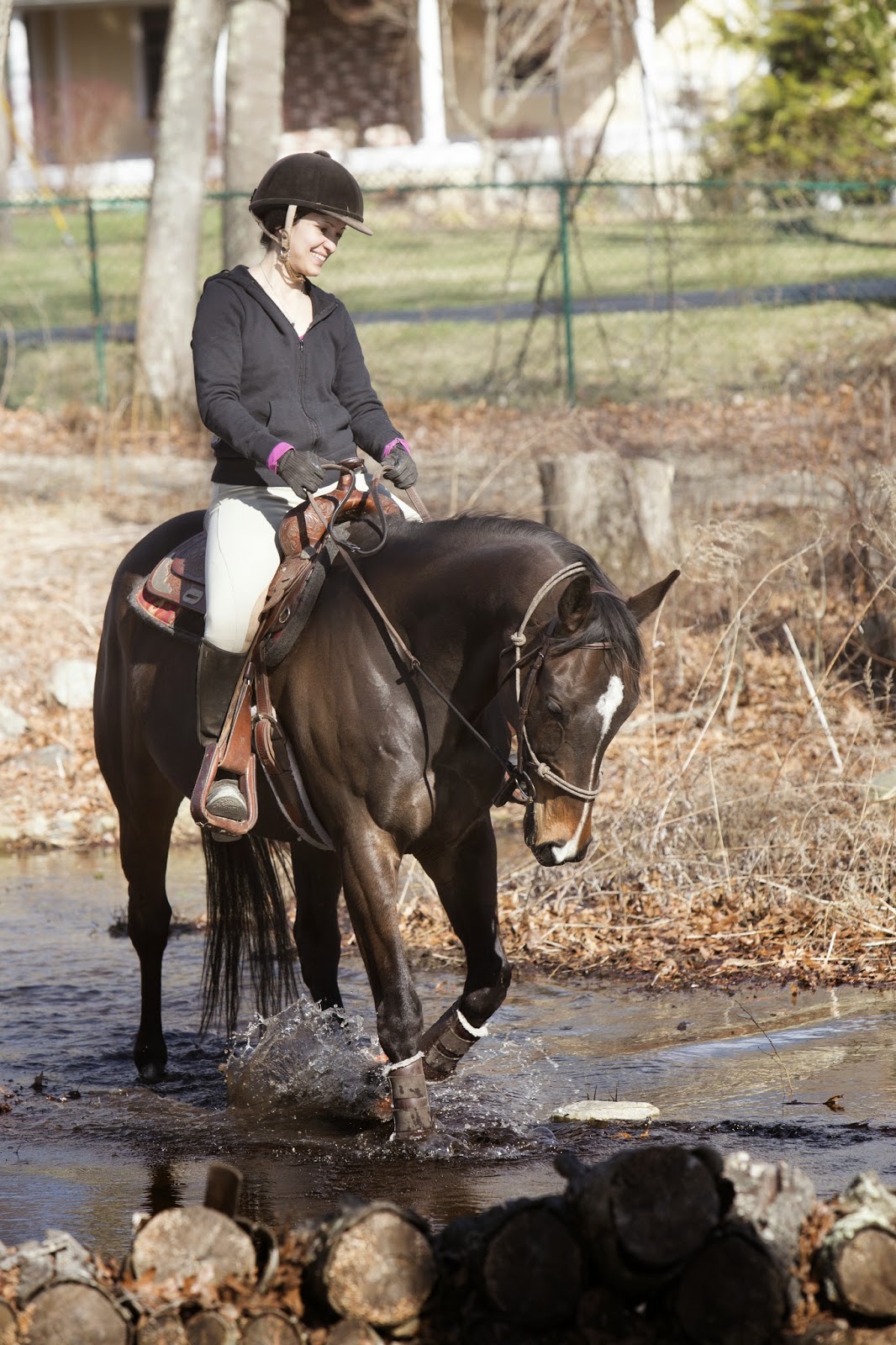 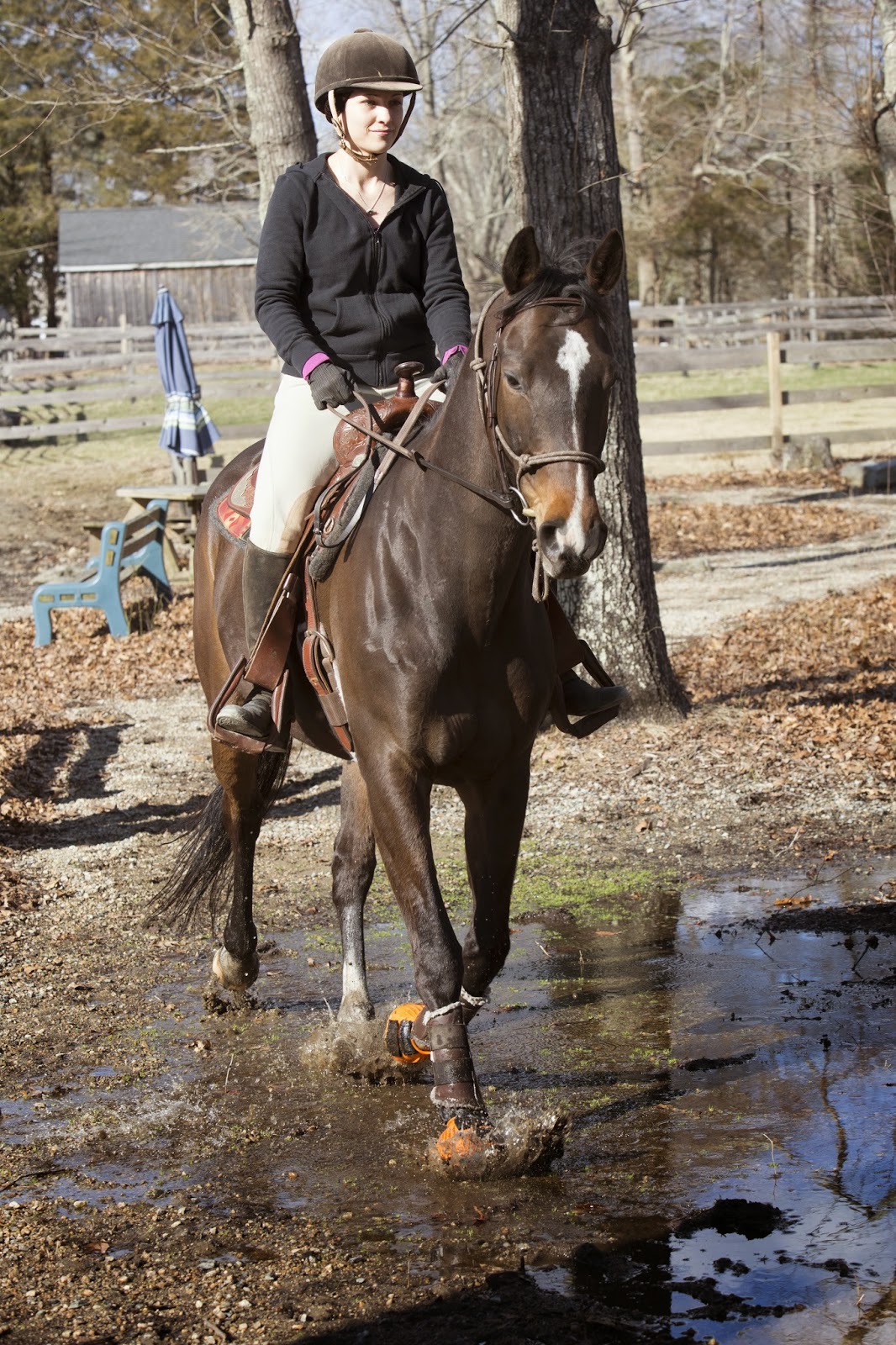 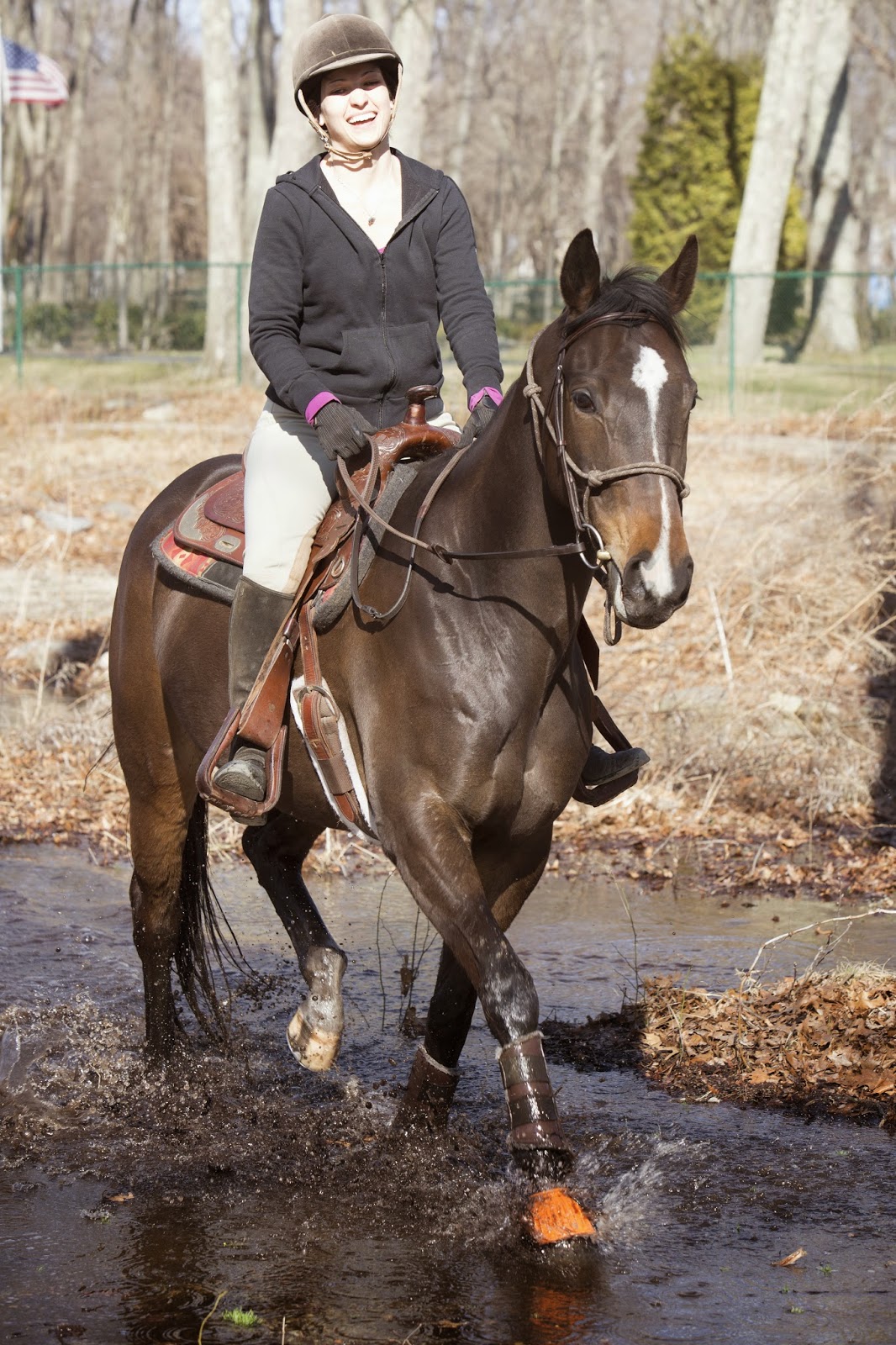 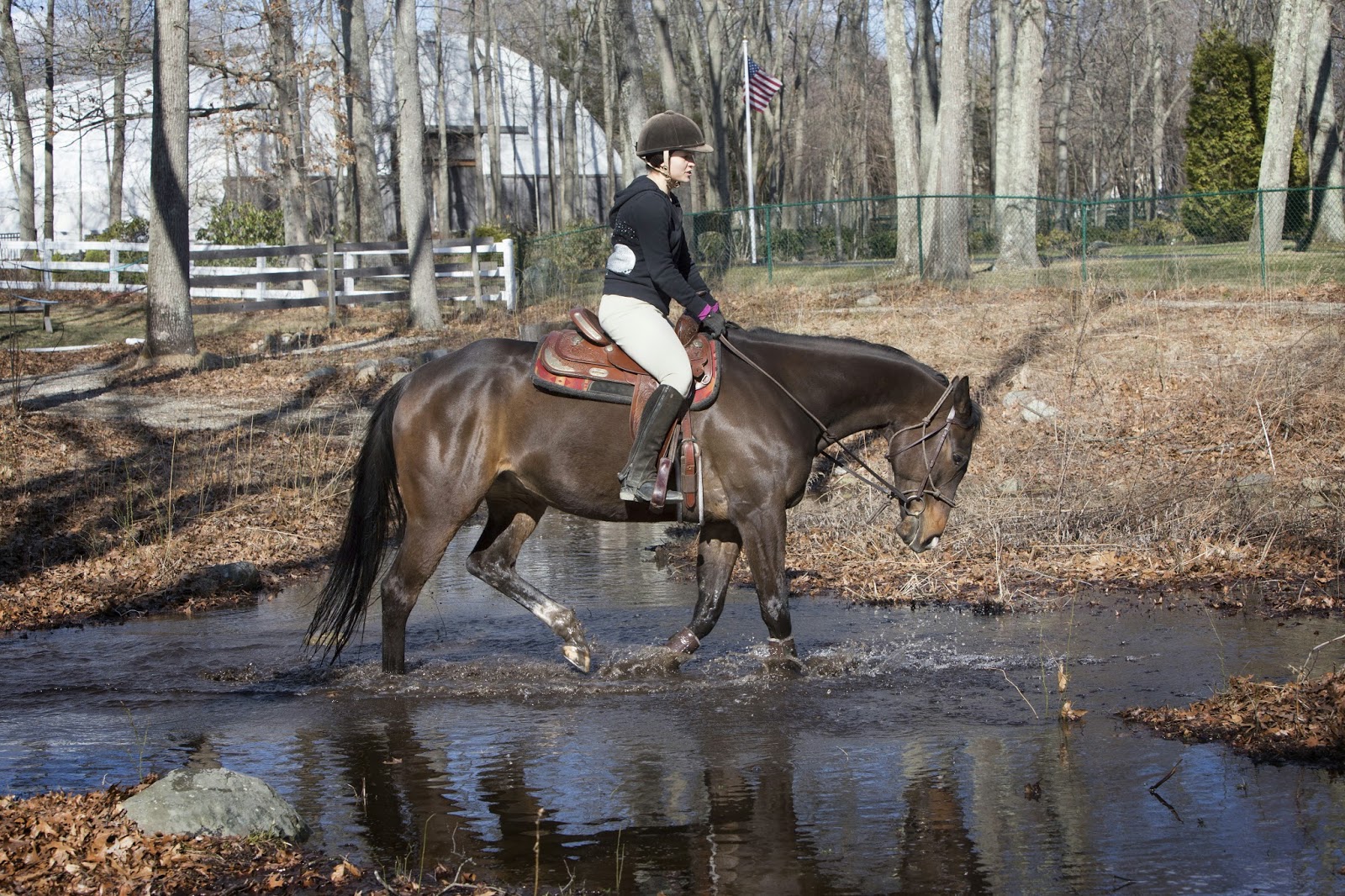