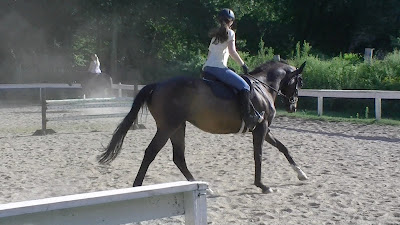 Here's a video still from this video. All hope is not lost :) That lower leg, though...sheesh.
Posted by Kate 1 comment: 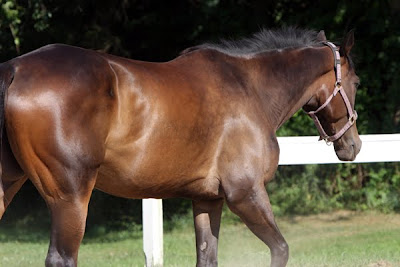 I have been having an interesting time with Lucy. For a number of reasons, I haven't been riding very often:

-it's about a gazillion degrees outside
-Cairo (who now weighs 40 lbs) yanked on me so hard at puppy class one week that I couldn't lift anything with my right shoulder for about two weeks
-Lucy has been very challenging to ride, and I'll admit that after a half hour match between us, I'm not exactly motivated to do it all over again the next day.

I decided this week that enough was enough. I didn't buy a baby horse thinking it was going to be all roses and blue ribbons right off the bat. I knew it was going to take determination and more than a few Advil (for me) to get her where I want her. I have been really broke lately (a wedding and buying a house within three months of each other will do that to you) but finally this week I sold my extra saddle, so I scheduled a lesson.

My instructor asked me at the beginning what I wanted to work on, and I replied "everything" and then I ranted for about five minutes about all the troubles we were having. I said that most rides feel more like a giant fight than anything else. He replied that I'm going to have to duke it out with her over some things and then I said I was willing to be the boss woman occasionally but it wasn't pleasant or productive to fight for the entire ride. I also told him that I felt like she spent the entire ride running through my aids. I always feel like I'm an annoying fly on the wall to her ("Lucy, please slow down! Please! PLEASE!?!?!?!) and not ever really a part of the ride.

So we worked on me putting my inside leg on the horse, because she has me 100% whipped not to use it. As soon as I put it on her, she picks her head up, swishes her tail, and scoots out from under me. Of course this led to me having to be firm but quick about telling her that she cannot haul me around. "Put her on her ass!" my instructor would say to me, and I did so by a quick half halt, inside leg, and raising the outside rein just slightly so that she couldn't fall on her outside shoulder or get tucked up in front.

He also made me do sitting trot because we all know how I just LOVE pinching with my knees and thighs, and you cannot sit a trot like that. I was forced to relax my pelvis and upper legs, and let my lower legs wrap around her and be effective. I was also forced to put my butt in the saddle (which felt weird but good). I learned that once I actually sit in the saddle, I gain a wonderful steering tool (my seat), which I can't use while hovering above her like a handkerchief waving in the wind.

I have heard that young horses, especially mares, go through a testing phase from the ages of 4-7. Also during that time they reach maturity, both physically and mentally, and that can be a tough time for some horses. I have a feeling that the next 2 or 3 years are going to be interesting with Lucy. She's not a bad horse by any means but she is large and strong and super smart. If she puts those attributes to good use she will be amazing.
Posted by Kate 1 comment: 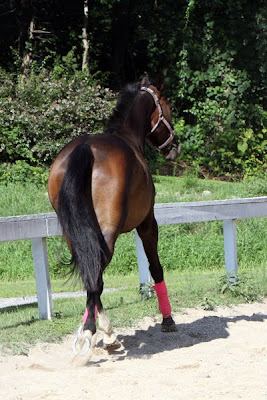 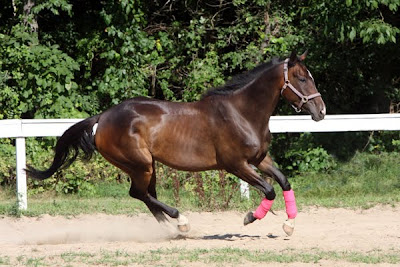 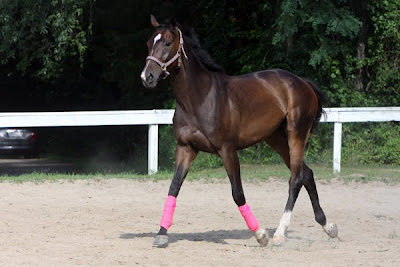 Posted by Kate No comments:

I've fallen off countless horses and ponies throughout the years, but yesterday was my first fall off of Lucy. I think we were both shocked about the way it went down (or, the way *I* went down). She was going around happily, though the bugs were terrible and it was late in the day. I was actually riding her for a potential leaser, so we even had an audience. I had just finished raving about her good behaviour, how she has never bucked or done anything bad under saddle, and her spooks are just little hops with no bolt.

Then all of a sudden, we were cavorting and leaping bronco-style across the ring. I sat for what felt like an eternity and then one of the bucks got my heels up and my butt in front of the saddle, and when the next buck came along, it was not looking too good. I realized it was probably going to be safer to bail at that point than try to sit it longer and get into a more precarious position, so I bailed to the right and landed relatively well. As soon as I was off, Lucy took off across the ring kicking and bucking. We think she was being harassed by one of the gigantic horse flies that have taken up residence at the barn. Seriously, these things need their own mailboxes and mini driveways because they are massive and I bet they really hurt. I think it probably got her under the belly, and frankly I can't blame her for going ballistic.

After she had presumably dislodged the fly, she came running back to us at the fence where I had been previously deposited (hehe) and stood to let me get back on. I got back in the saddle, made sure everything was in working order, and we carried on with the rest of the ride and even strung a few nice little jumps together.

Amazingly, the girl who was out looking to lease her still wanted to ride! I gave her major props for that lol. She did really well with Lucy and it looks like she will be doing a 1/4 lease. I really like her a lot and think she and Lucy will be a great team!
Posted by Kate 1 comment: 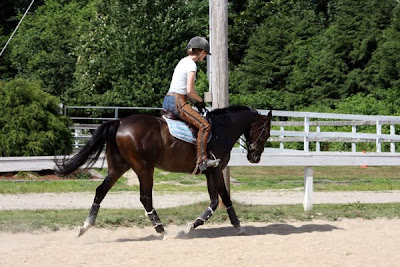 A friend of mine, Christina Tretter, was in the area and offered to drop by and work with Lucy a bit. I jumped at the chance. She is a wonderful horsewoman and I was so excited to watch her ride L.

Here are the photos: 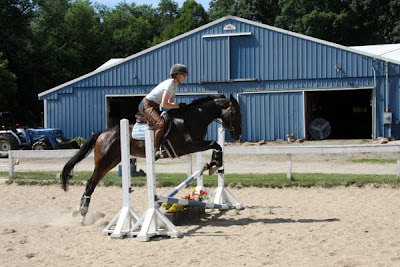 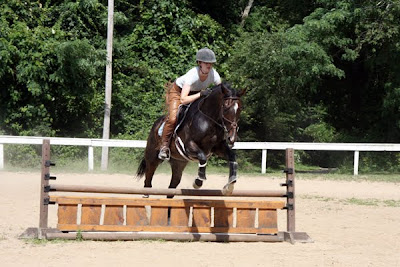 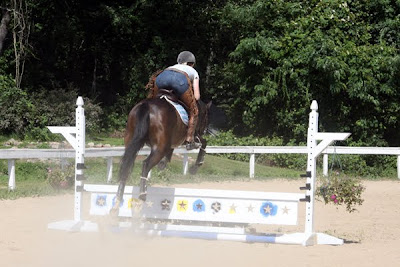 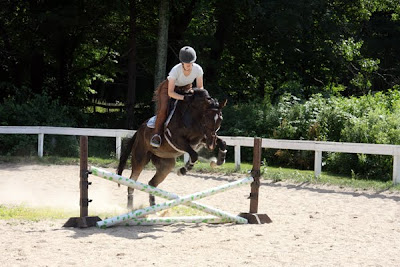 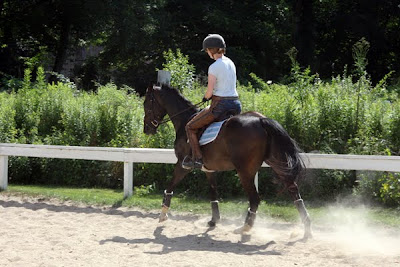 Posted by Kate No comments: