Well, it had to happen: I got on Lucy for the first time in three weeks yesterday. She was progressing well on the lunge line and though I was honestly scared shitless, I knew I had to do it. I made Kenny come out and sit with me in case I got tossed, and I lunged her thoroughly before climbing on. She was pretty quiet even though there was a lot going on at the farm and it was a windy day, and someone trucked a horse in and the trailer was right outside the indoor with the horse making a lot of noise. She did spook at something (not sure what since she seemed to tolerate the trailer/horse noise and the wind well) but I sat it fine and put her right to work. 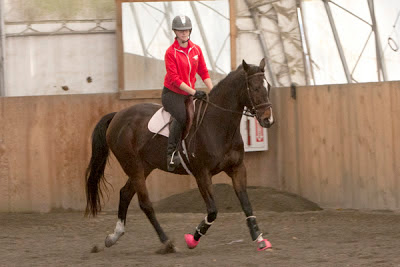 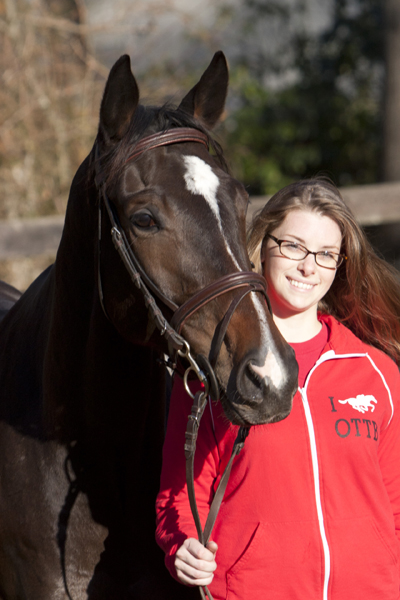 Today was ride #2 and she was much more wild on the lunge line, but then again it was almost 20 degrees colder than it was yesterday and the wind was really howling! I let her get it out of her system and she went around and around and around, throwing some nice big bucks and being a hooligan in general. Once she settled down, we did some constructive lunging (i.e. not just running like a nutcase) and when her rhythm and breathing evened out, I got on. She didn't put a foot wrong and I was even brave enough to canter. I was really pleased with her.
Posted by Kate