Yesterday I had a loopy ride.

The reins were very loopy.

She was so quiet and steady yesterday that I had a constant loop in the reins and communicated with her more with my seat and voice than anything else. It was awesome.

We practiced over a blue tarp that I have. We've worked with this tarp before (I even have a "tarps" tag for this blog!) but it has been quite a while since I pulled it out. I was kind of expecting the shock and horror response of "I've NEVER seen that before!! AHHH!" but she instead responded with a "meh, whatever" and went over it happily at all three gaits. 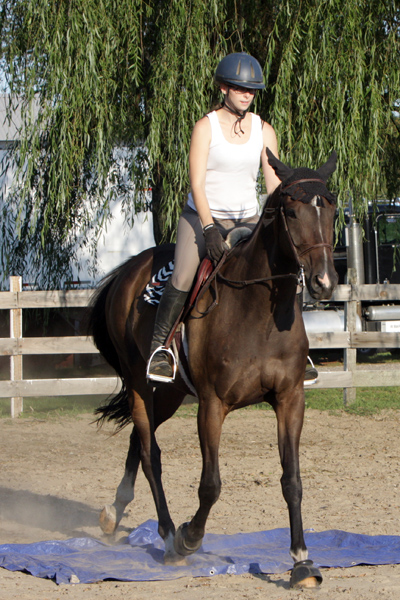 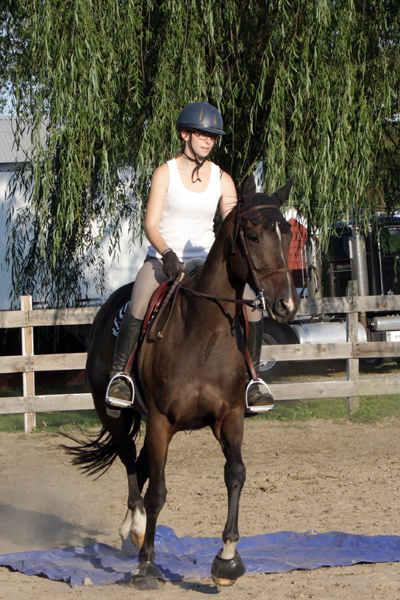 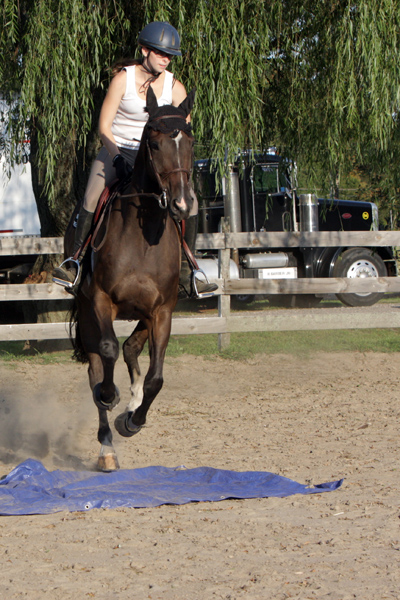 Today I am looking forward to spending most of the day at the barn. We have a few potential projects to work on: either painting the aisle walls, building more turnouts, or cleaning a whole slew of tack. Somewhere in there I'll probably ride, too. The trails are calling my name...
Posted by Kate