I was having a terrific week horse-wise. I had several really productive flat rides on Lucy, a few nice hacks, and then a really fun jump school yesterday morning. It was the first time we jumped since our last event, so just about three weeks. I chose to focus on flatwork before getting back into the jumping because a friend of mine lent me a Boucher bit, and I think Lucy goes pretty well in that. It's a legal dressage alternative to a regular snaffle, so we'll give the Boucher a shot at Groton House. 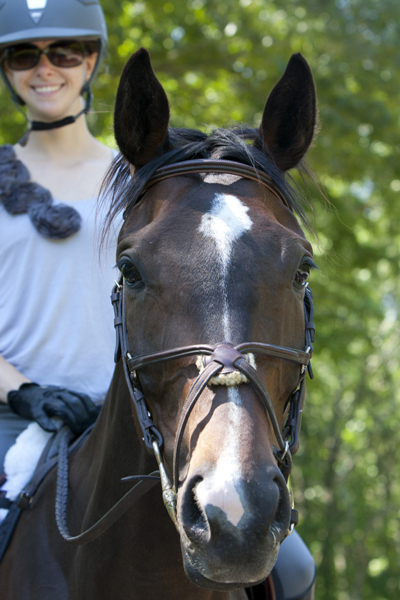 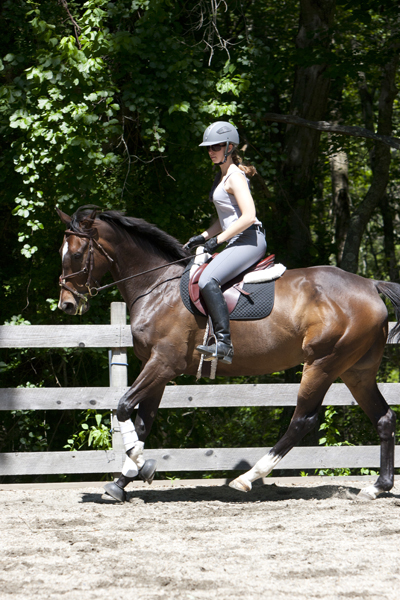 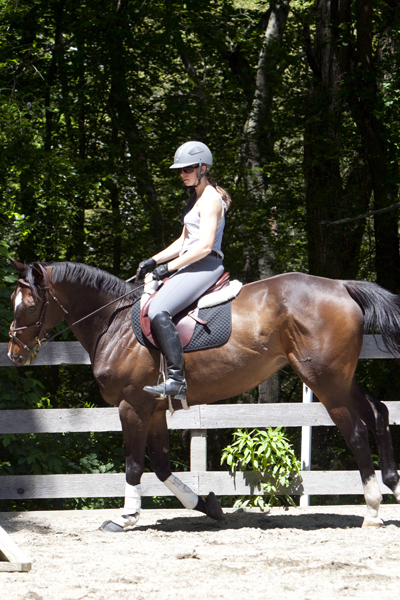 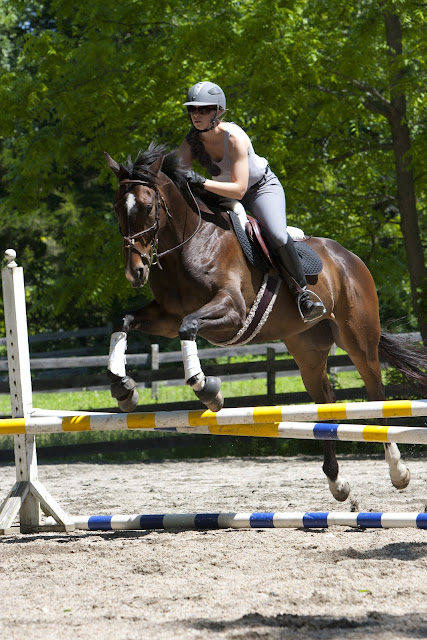 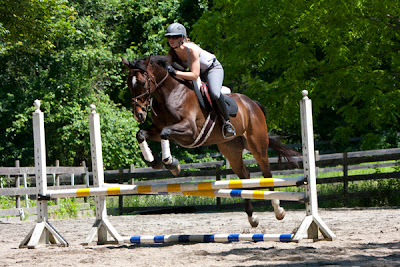 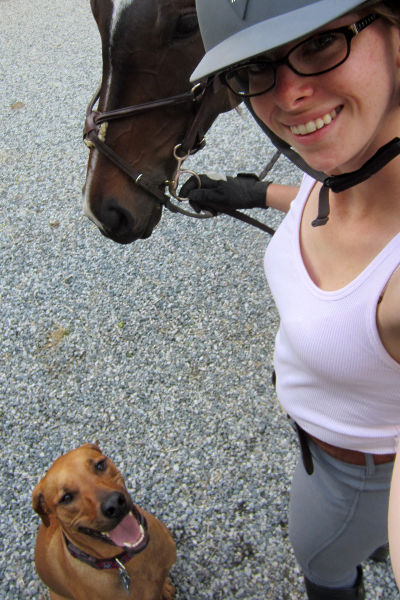 In the afternoon, I went back to the barn to go out on a trail ride. A new girl has started riding one of the other horses at the barn, and she wanted to learn the trails. The horses owner asked me if I'd show her around. Lucy and this other horse do not get along so Maddy offered to let me take Brantley. I gladly accepted -- even though he's green, he has been really well-behaved and I thought he'd be perfect for the job.

He really was perfect, and even had to lead most of the time because the other horse decided he was not feeling brave at all. Considering Brantley has about 10 trail rides under his belt, I was so impressed with the way he handled himself. We trotted a bit and overall we had a great time.

We were on our way back to the barn and he was ambling along, totally relaxed and ears flopping happily. I was letting him walk on a loose rein because he hadn't given me any reason not to. He had been a champ the whole ride. Without any warning, though, he jumped straight up into the air, landed, bucked HARD three times, and sent me flying off his right side into a pricker bush. He ran over me and stepped on my leg, jumped over a wall of large boulders into the woods, ran through the woods, back through a field, around a corner where we could no longer see him, and ended up running out to a road where a man had to get out of his vehicle and stop traffic so that the horse didn't get run over.

I sat there convinced I had broken my leg where he stepped on it because I could not seem to get my foot under me to get up. I also had prickers stuck in me everywhere and I somehow ripped half my pinkie finger nail off.

As I took stock of myself I got my leg to work again and stood up to go collect the horse from the middle of the road, and realized that my leg must not be broken (phew!). I called poor Maddy, who was at work, and told her what happened and she came and walked Brantley home because though I wasn't broken, it really hurt to walk. I drove her car back to the barn, which was about 2 miles away.

So it's going to be a few days at least before I can ride again. I have quite the goose egg on the outside of my calf, and I cannot stretch my heel down/toes up so I don't think riding will be a good idea until that's feeling better. I am really grateful I didn't break anything as it's just the start of summer and lots of good things are hopefully coming up, and I can't participate if I'm in pieces.

I guess this is just part of riding green horses. I was completely unprepared for what happened and I shouldn't have let my guard down so much. I don't think it's fair to ride a young horse defensively but I should at least have enough rein where I can get the head up if they start bucking, and I should ALWAYS have my heels down, which I am pretty sure was not the case.

You live (hopefully) and learn, so chalk this one up to another terrible story we can tell over tequila shots a few years down the road and laugh at...until then, it's ice and ibuprofen for me!
Posted by Kate