I've got to hand it to Lulu. She was superb this weekend. 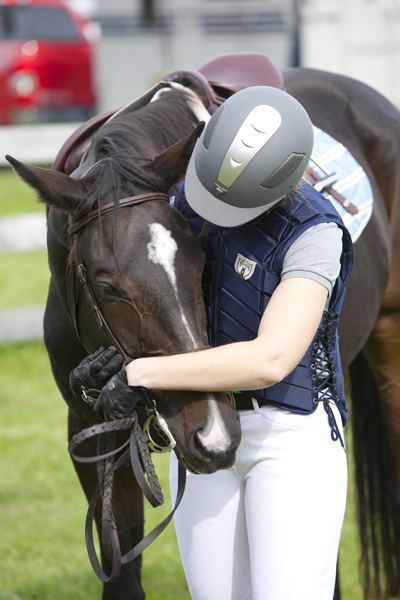 On Sunday, my barn owner and I went to the Tyrone Farm Hunter Pace in Pomfret, CT. Lucy and I went to this one last year, too, and the footing was unfortunately just as horrific as it was a year ago! The mud was awful! We decided that if we both stayed on and the horses both came home with four shoes each, we'd be happy. Well, both those things came true but two other horses from our barn ended up lame this morning because of the conditions. Prudy and I were pretty careful and walked whenever we came upon bad mud, but even with just walking, the horses had to really labour at times to get through the mud. We were also very selective about what we jumped because some jumps had very slick footing on either side.

Lucy was hot, hot, hot. I had a LOT of horse under me at the hunter pace and I was so glad I used the Kimberwicke. She had a few tantrums and wanted to get silly after jumps, but she settled down about halfway through and used her energy to think and not leap around. We had to go up a LOT of hills and she used her hind end quite a lot!

Prudy and I somehow managed to get 9th place in our division and we were awarded the most beautiful silver ribbons! I was thrilled.

The forecast for the day had been lots of rain, but it turned out to be sunny and beautiful right up to the awards ceremony, and then the clouds thickened and it started sprinkling. We were in the truck snuggled up in our heated seats, ponies happily munching hay in the trailer as the rain really started coming down. We couldn't have had better timing!

Lucy loaded on the trailer in perfect form to go to the pace and to go home. Once back home, I wrapped her legs and fed her dinner. She was all tucked in for the night and I went home to get ready for today's event!

6am came waaaaay too fast today, but my alarm begged to differ. I got up, got ready, went to the barn and did all my barn chores, packed the last few things on the trailer, and got Lucy. She took one look at the trailer and was like, OH HELL NO. But she quickly came around and got right on. I was very happy with her!

We got to Valinor in time to check in and mosey around before tacking up. Lucy stood like an angel tied to the trailer, which was a first for us. I have been working with her on tying to things and she has been so good that I decided to try tying her to the trailer. She was very quiet and stood nicely while I brushed her and tacked up. We had started the day off on the right foot!

Lucy warmed up pretty well for dressage. She got a little excited at the canter but quieted down when I pushed her forward. I felt confident going into our test, but as soon as she got in the ring she tensed up and we had a rather unrelaxed test. Still, it was a vast improvement on our last test! She was obedient except for one canter. Our downward transitions were much much better and I was pleased that all our hard work has paid off at least a little bit. The final halt was nice too! The judge gave us a 47, which was probably fair, but I hope we can really improve over the winter and do better next year.

We had a ton of time between dressage and stadium, so we untacked the horses and put them on the trailer to relax while we walked the course and got organized. When it was time, we unloaded the horses and tacked them up, and then went down to the warm-up ring. It was INSANE. I stand by my mantra that the warm-up ring is the scariest thing about the whole show!! There were probably 10-15 horses in there zooming around in all directions, people were jumping the jumps the wrong way, and Lucy developed a particular aversion to this one little Haflinger that sounded like a mack truck cantering around. The horse passed us very closely and Lucy had a tantrum...sigh. At that point I just let her walk around and take a breather. Soon the person at the gate called my number and I was relieved that I could get out of the warm-up ring!!

Stadium went GREAT. We trotted about 50% of the time, which was my plan to begin with. The jumps were in an outdoor grass ring that had some pretty good-sized hills in it! It looked very challenging but Lucy handled everything so well. We jumped clean and I didn't forget any of them. PHEW. I was feeling so happy.

We went straight to XC and Lucy calmly walked into the start box on a loose rein. I have seen so many horses that look at a start box and lose their marbles, so I have very consciously NOT made a big deal of it. Everyone standing around remarked on how calm she seemed. They counted down from 10 and when they said "ok go!", I picked up the reins and we walked out onto the course. We picked up a little trot and went to our first fence! I was having a great time, and Lucy seemed happy and confident.

We got through the first half of the course with no issues, but we had to trot down a windy, hill path that opened out into a clearing with a jump. She refused it twice :( But I was determined not to be dq'd again so I got after her and we got over it on attempt #3. After that it was clear sailing and we had a blast!

I was so happy and relieved to cross that finish line that I threw one hand in the air and said, "WE DID IT!" Prudy was up waiting for me at the finish line and we congratulated each other, then happily walked back to our waiting friends and family. We were both on cloud 9.

I finished in 7th place, just out of the ribbons, but I was just so pleased with Lucy and also proud of myself for getting out there, getting her over that one "scary" jump on XC and narrowly missing getting disqualified, surviving dressage and improving on our last score, and of course staying in the saddle ;)

We met all our goals and overall I couldn't have asked for a better day!

Here are some photos: 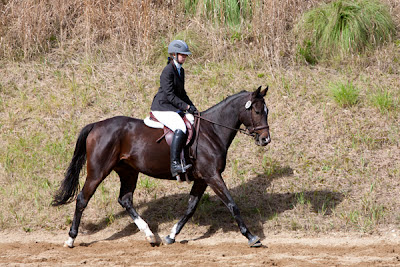 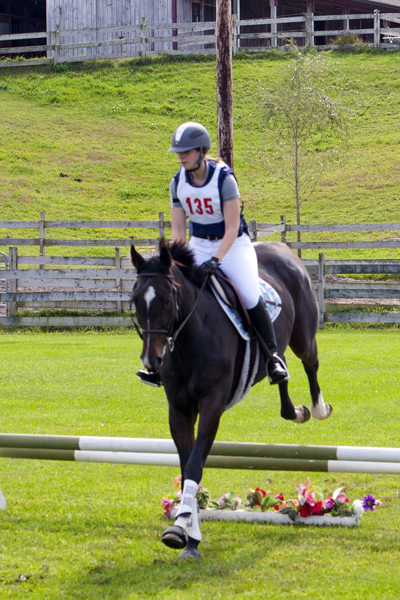 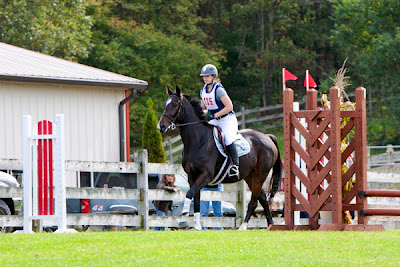 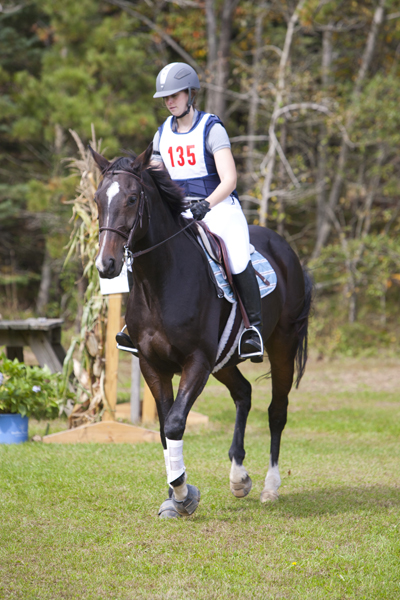 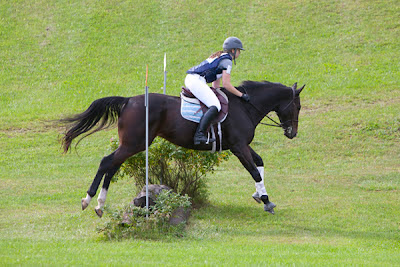