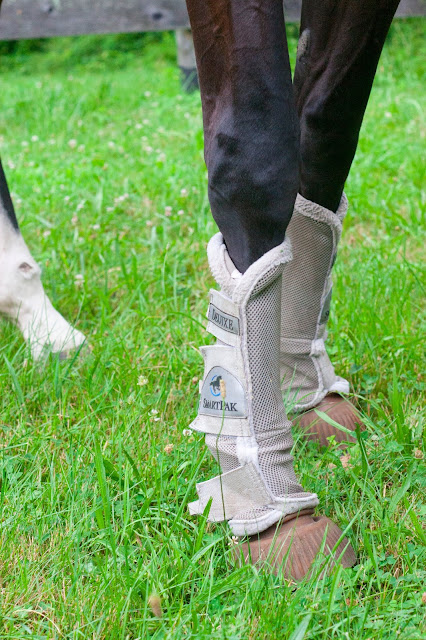 Summer is a tough time for Lucy's already kind of crappy feet. We have extremely humid weather and this year we have also gotten a lot of rain. On top of that, the bugs are horrendous and she stands in the paddock all day stomping at flies. The flies started to come out in early April and by mid-May, her front feet were already crumbling. I had to have the farrier out to reset her shoes after less than four weeks last cycle, and he was alarmed at how poorly her hooves held up. She's already on an oral hoof supplement but she obviously needed additional support to maintain her hoof health.

I ordered the SmartPak Deluxe Fly Boots from SP and they arrived a day or so later. Out of the box, they were thicker than I thought they'd be, but they looked nice and were easy to put on and take off. She's been wearing them for just over a week now. She ripped one of the hind boots pretty badly within 24 hours of wearing it, and Maddy said that when she tried putting the hind boots on, Lucy kicked her legs so she just left them off. She's wearing the front boots every day in turnout and I take them off when I bring her in for the night. Besides her destroying one of the hind boots, they are holding up well. I was worried they would be too hot on her legs, but each day when I take them off her legs seem cool and dry. On days when they get really muddy, I spray them with the hose and hang them to dry overnight but beyond that have not put them through a wash cycle.

I was also a little concerned about them rubbing her legs, but they are very soft and have fleece lining on all the seams.

My farrier was at the barn to do Charlie's feet today, and he checked on Lucy's to make sure the nails were still tight. She's had her new shoes on for about a week and a half and he was very happy with how her feet are looking. I've spent some time just watching her in the paddock and she isn't stomping hardly at all compared to how bad it was before she started wearing the boots. 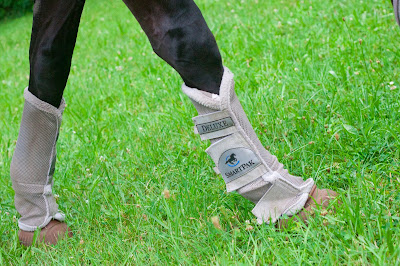 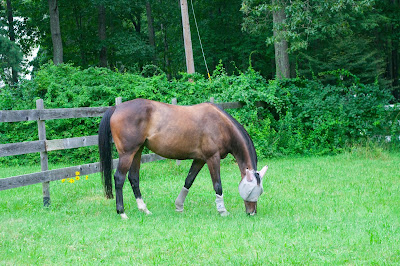 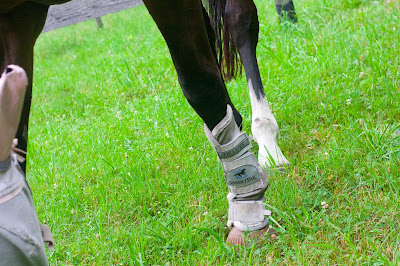