Lucy went to Apple Knoll Farm for their weekly jumper night, held every Wednesday throughout the summer. I used to go to it with Dreamer way back in the day, probably around 2002/2003. It was always a lot of fun and I was excited to take a trip down memory lane when I went to watch!

Kenny, Hannah, and I got caught in a bunch of rush hour traffic, which meant we got there just in time to watch Lucy walk out of the ring after she jumped :( I was so bummed, but then we caught up to Morgan and she said I had only missed the 2'3" class, and she still had the 2'6" and possibly 2'9" to do!

Lucy had been kind of a huge brat in the 2'3" class so Morgan took her up to the schooling area to work on a few things. Lucy did improve slightly, but she got hotter and hotter, and in the end Morgan decided to just let her chill out for a while, since schooling her to quiet her down was having the opposite effect. 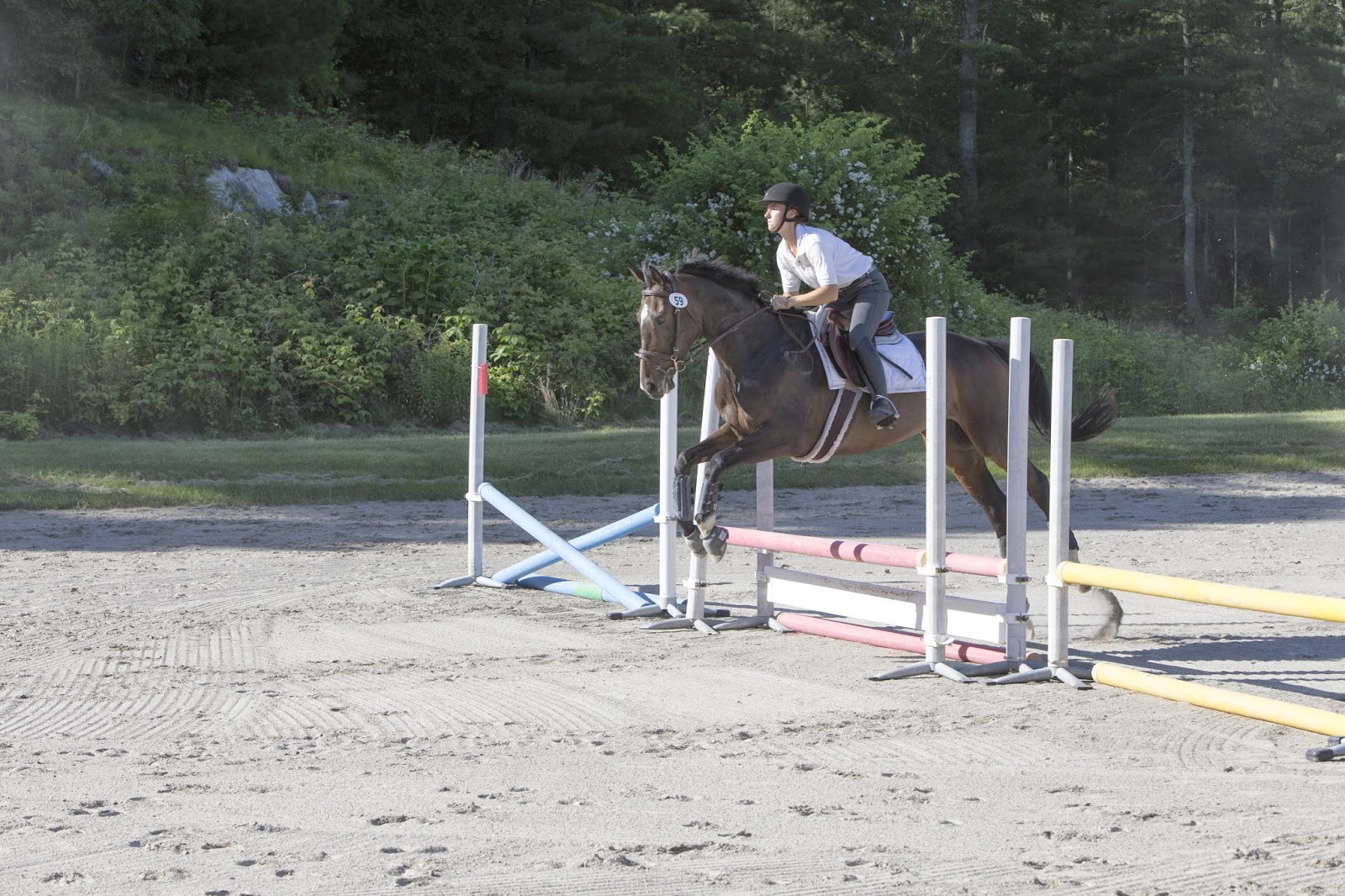 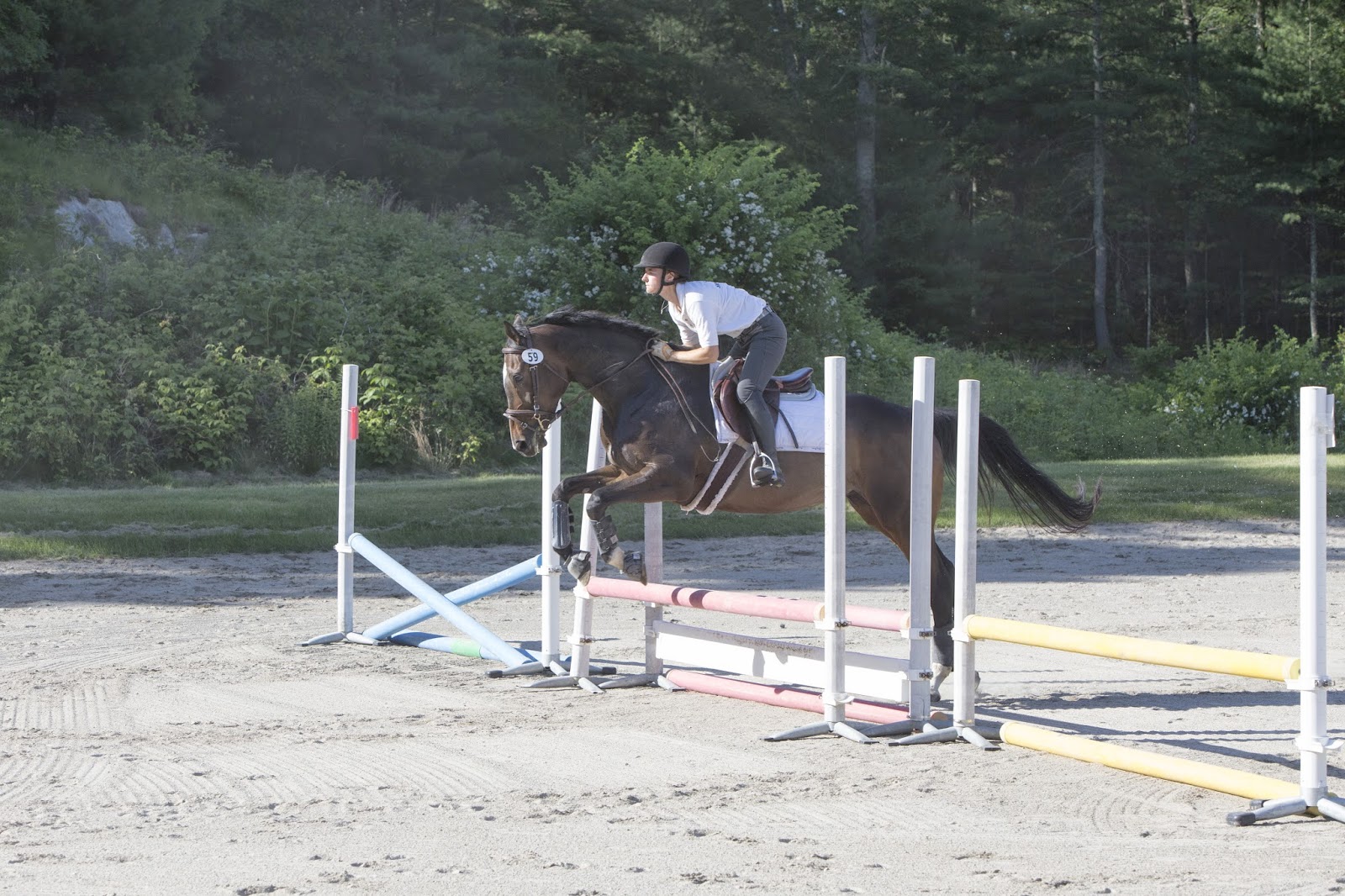 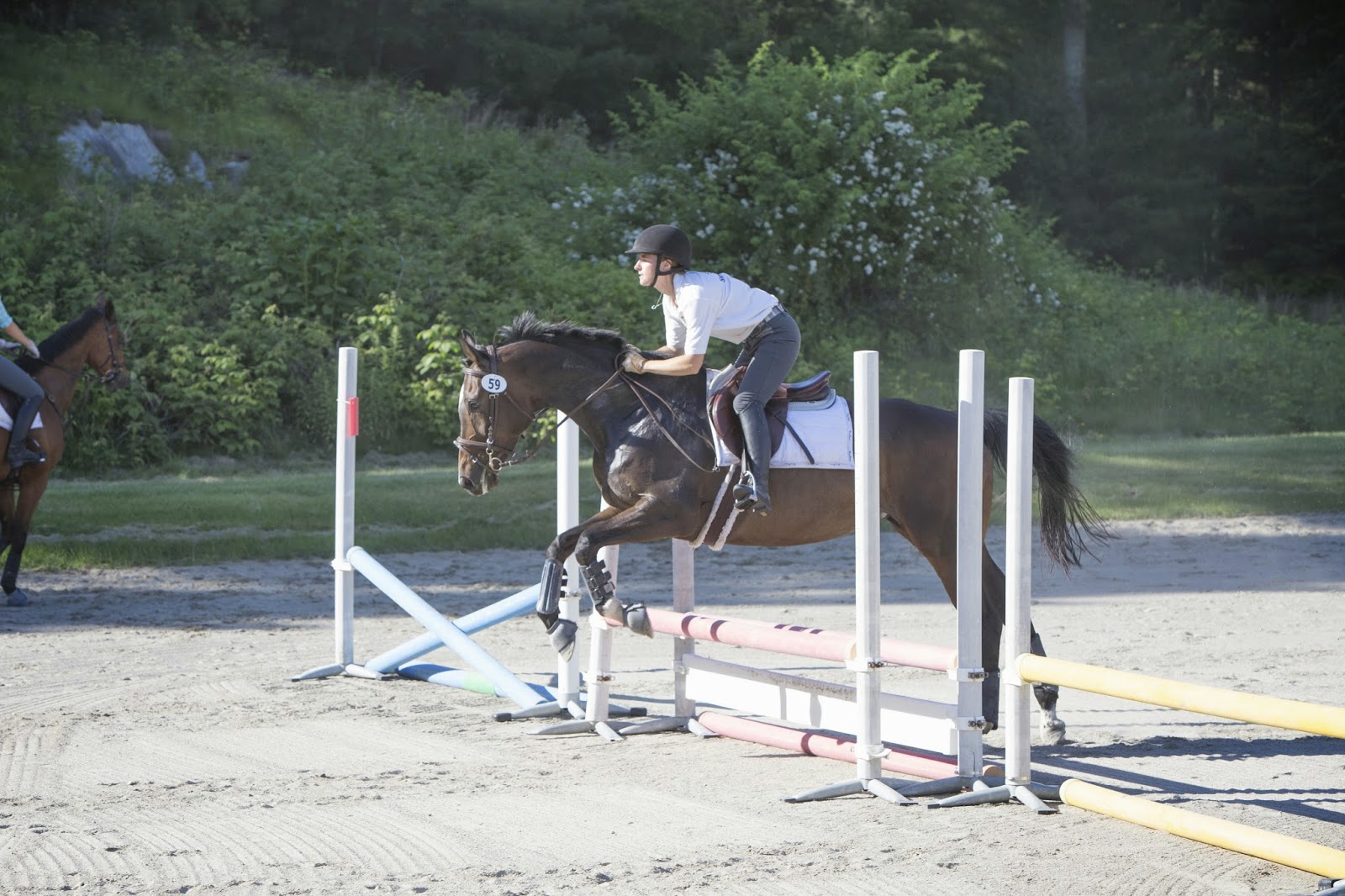 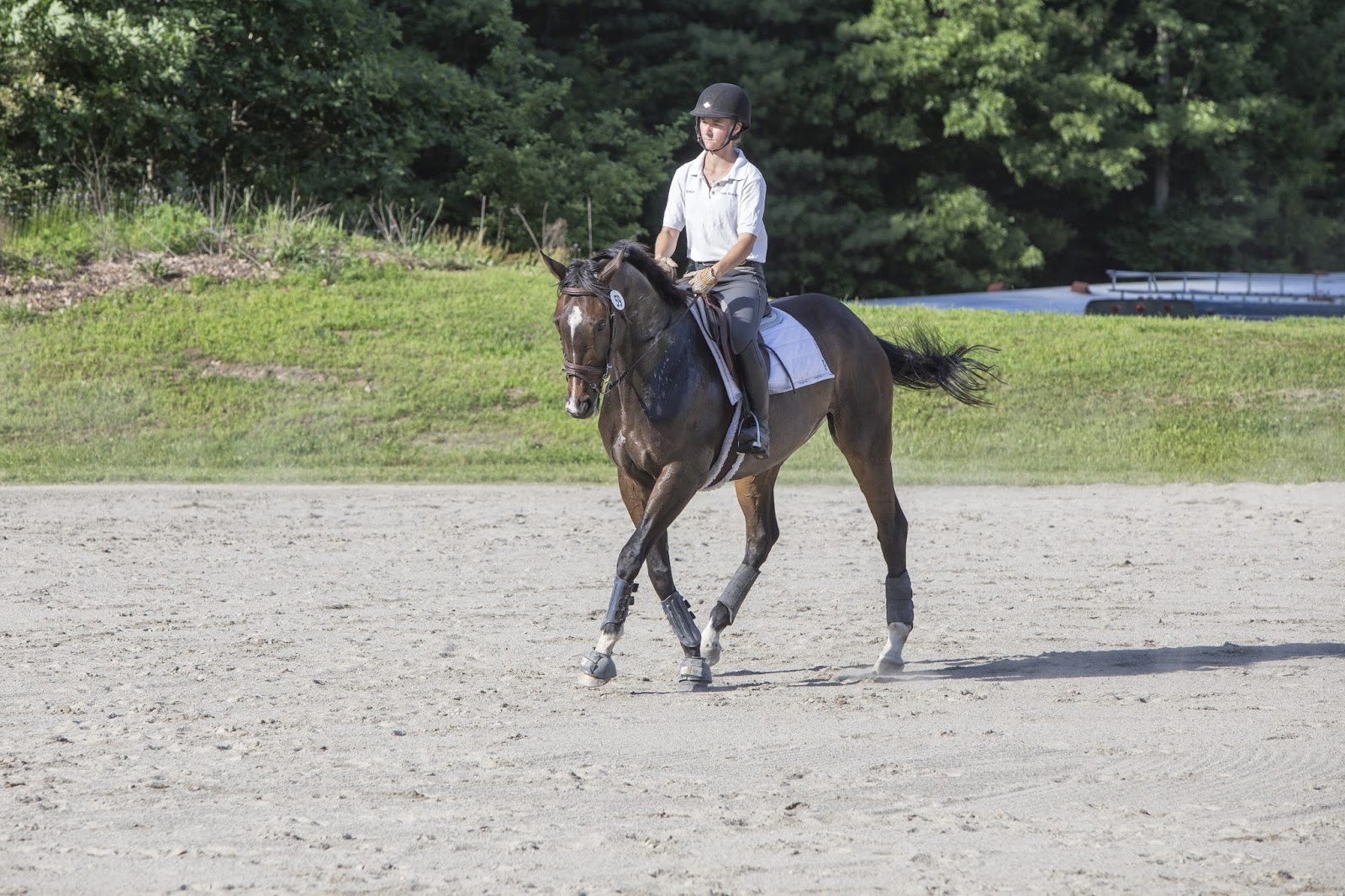 They hung out and waited for their turn in the 2'6" and then Lucy went in and kicked butt. I was beaming from the sidelines watching her cruise around. Was it the most beautiful, fluid jumper round ever? Hell no, but she was fairly obedient, was totally game for the jumps, and clearly had a great time. Morgan rode beautifully and I was just so pleased. She had figured out very quickly that she couldn't hold Lucy, because then Lu would get very ticked off very quickly, and that's when the antics started. I knew exactly how Morgan felt...when riding Lucy to a jump, it's basically barely controlled chaos. I always felt like I was handing my life over to this horse, who hadn't exactly proven to be the most trustworthy animal ever, but if I tried micromanaging her, she was way worse. Morgan said exactly that; that she had to just let go and trust that Lucy was going to make the right decision. It's scary to let go like that but that just goes to show you that I truly sent Lucy to the right place. 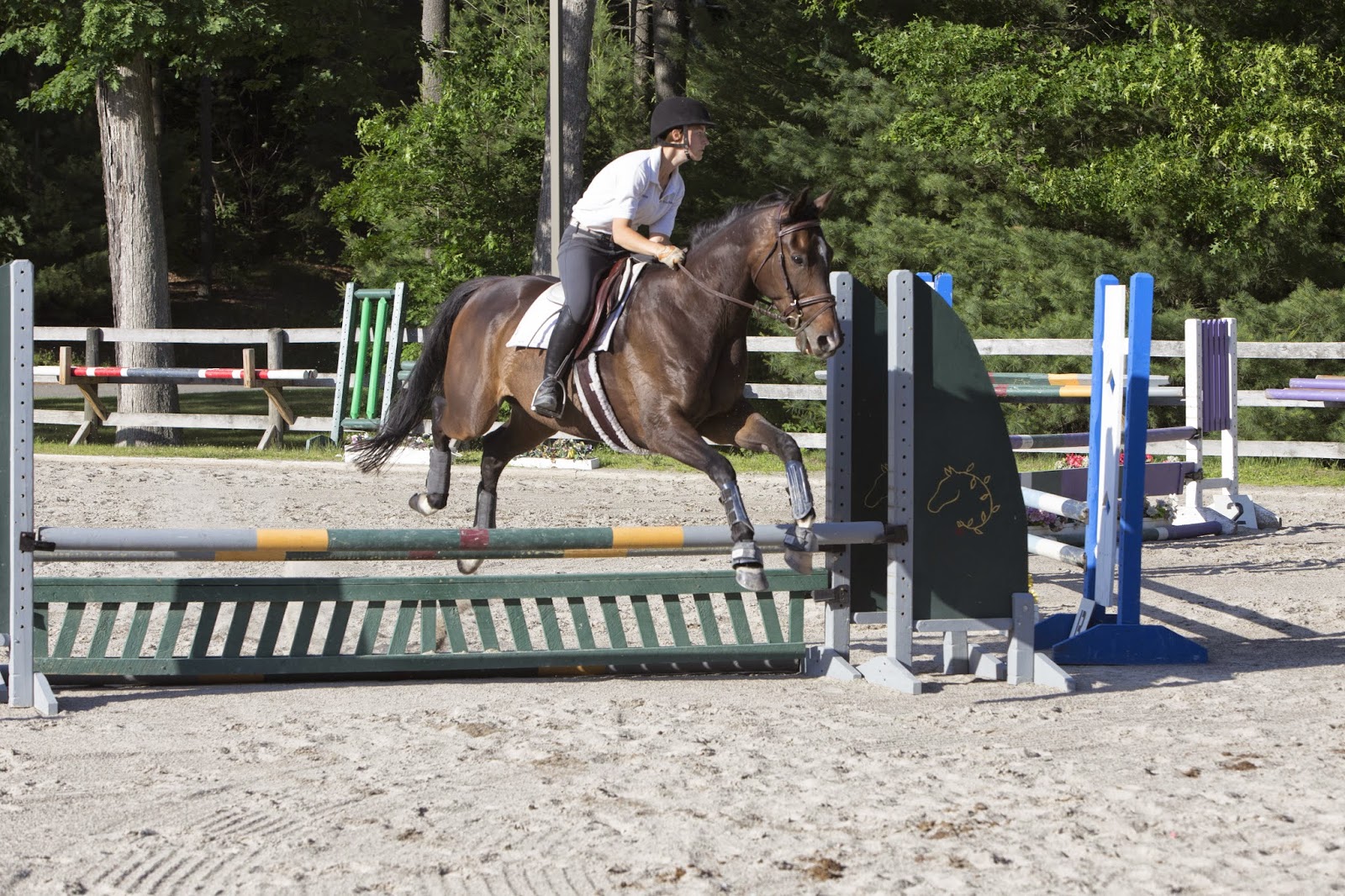 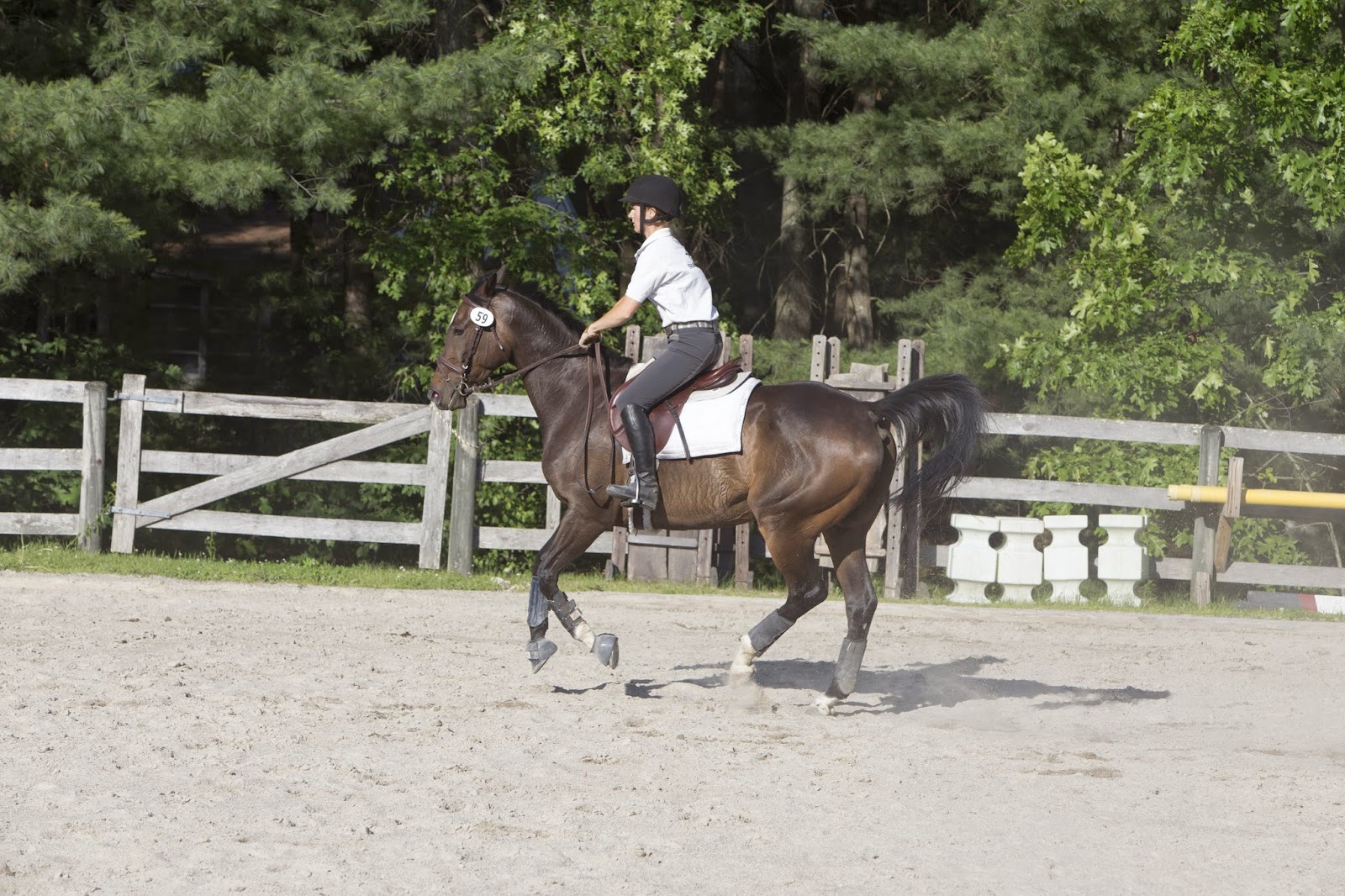 Morgan's student was also jumping so we watched her 2'6" round, and then they both hacked around on a long rein before the 2'9" rounds. Morgan told me that was her favourite part about Lucy. No matter how bonkers she is when she's working, all you have to do is drop the reins and let her walk around and she will do so with happy floppy ears, not a care in the world. 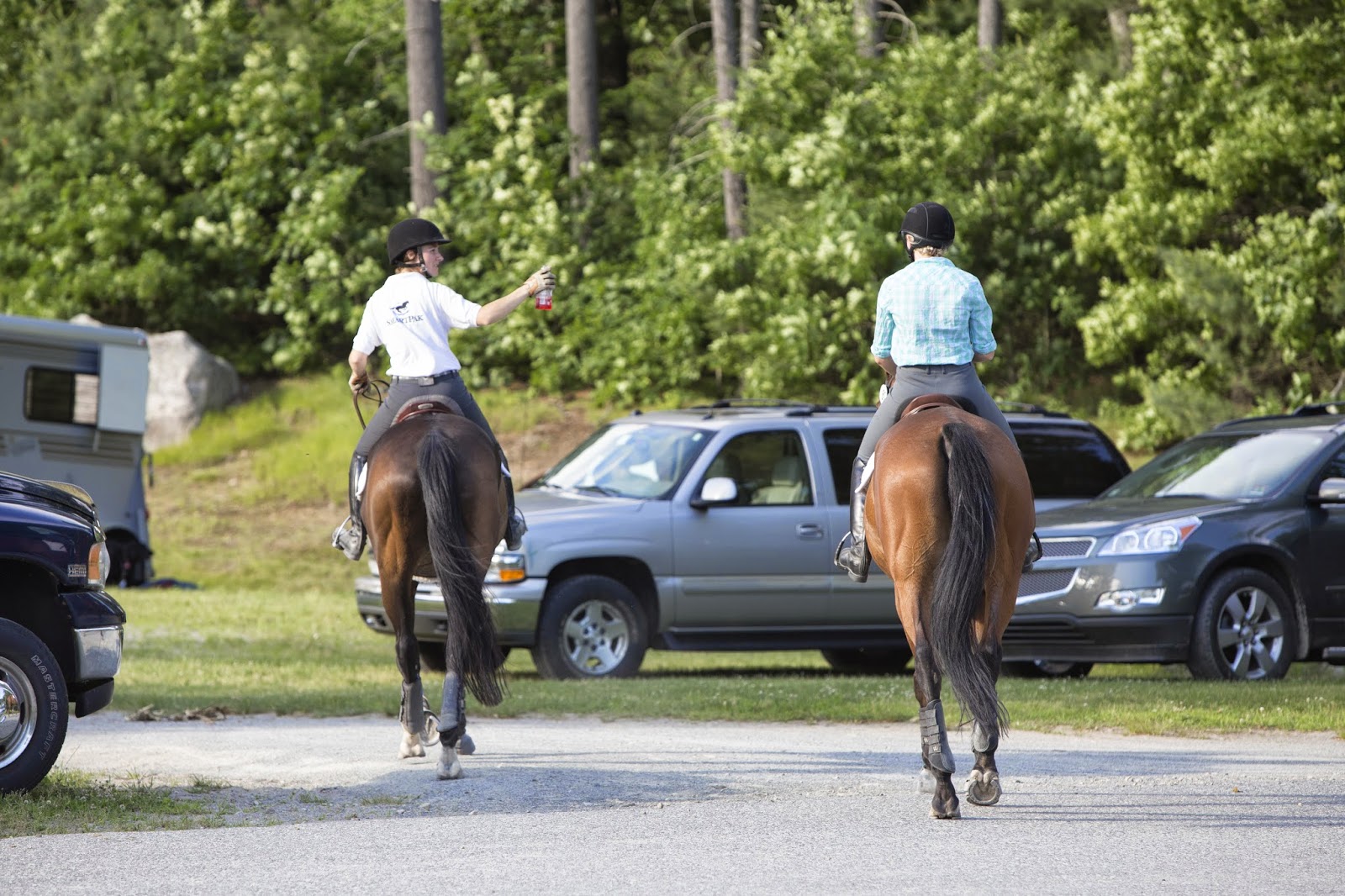 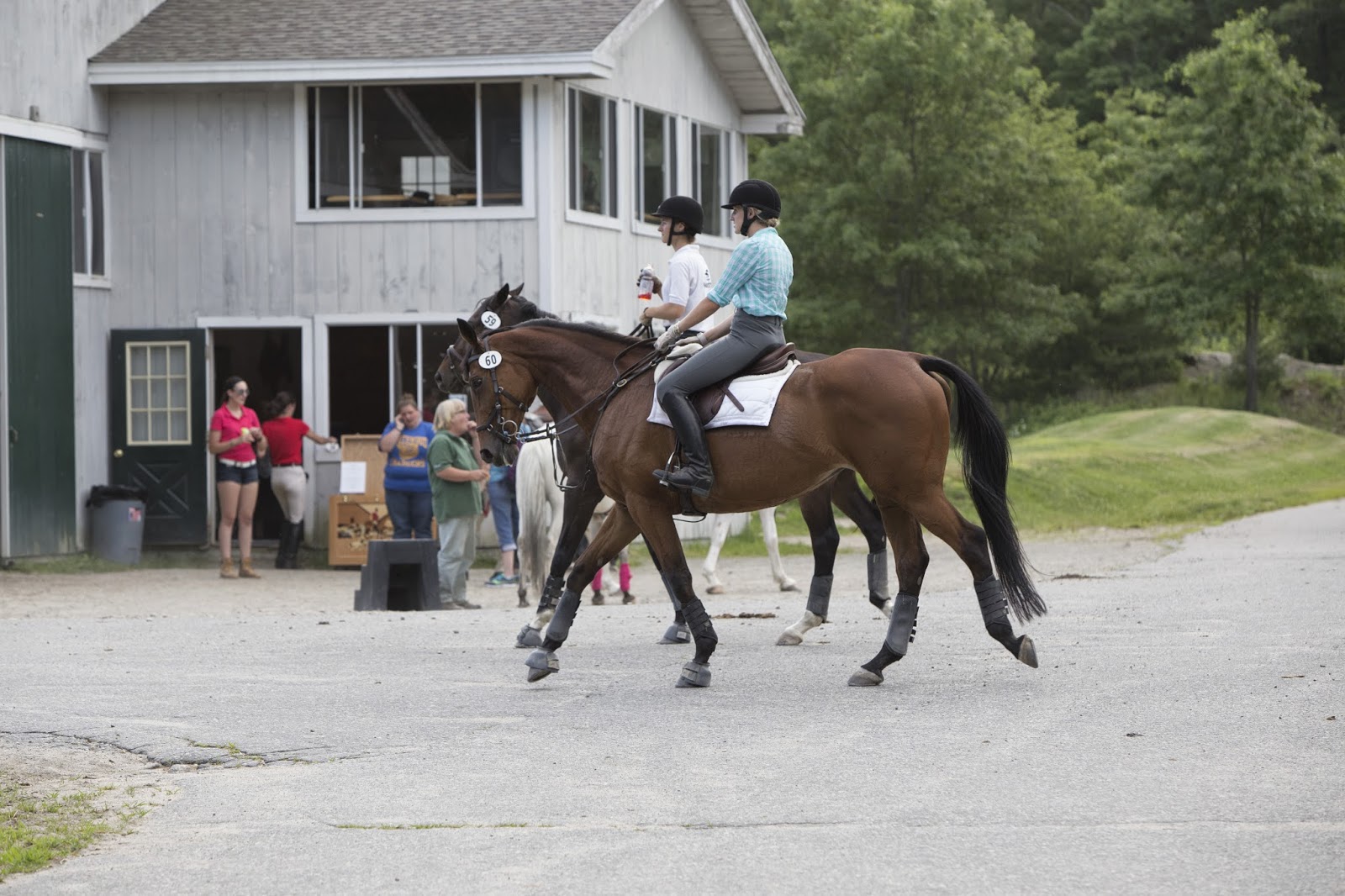 The 2'9" class was even better than the previous one, probably because the height prevented Lucy from bombing around like she wants to do. She had to actually think a bit, and use herself over the jumps. She jumped clean and aced the jump off, and ended up in 7th place in a rather large class! Again, I smiled so hard my cheeks hurt. I was so proud! 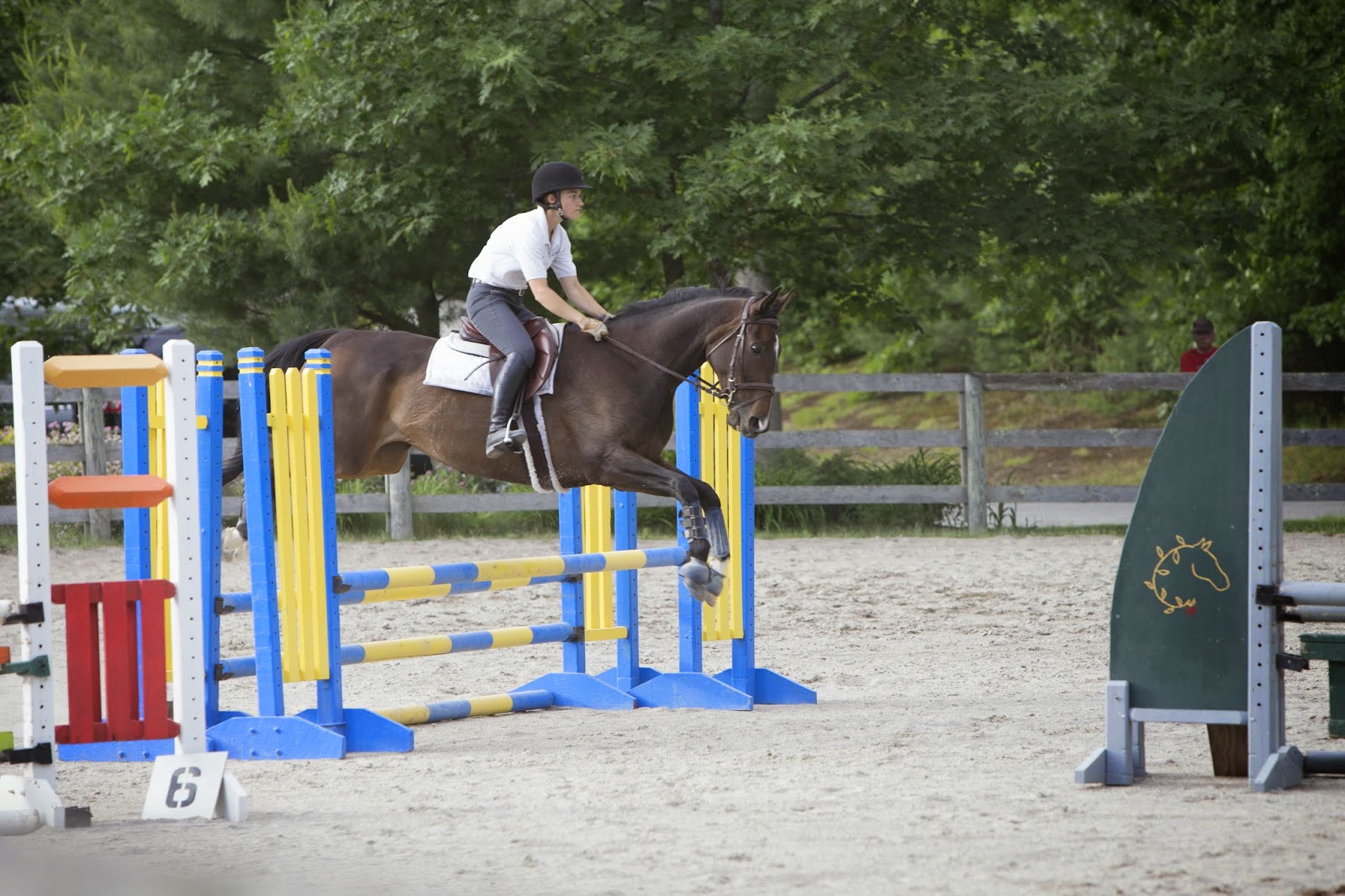 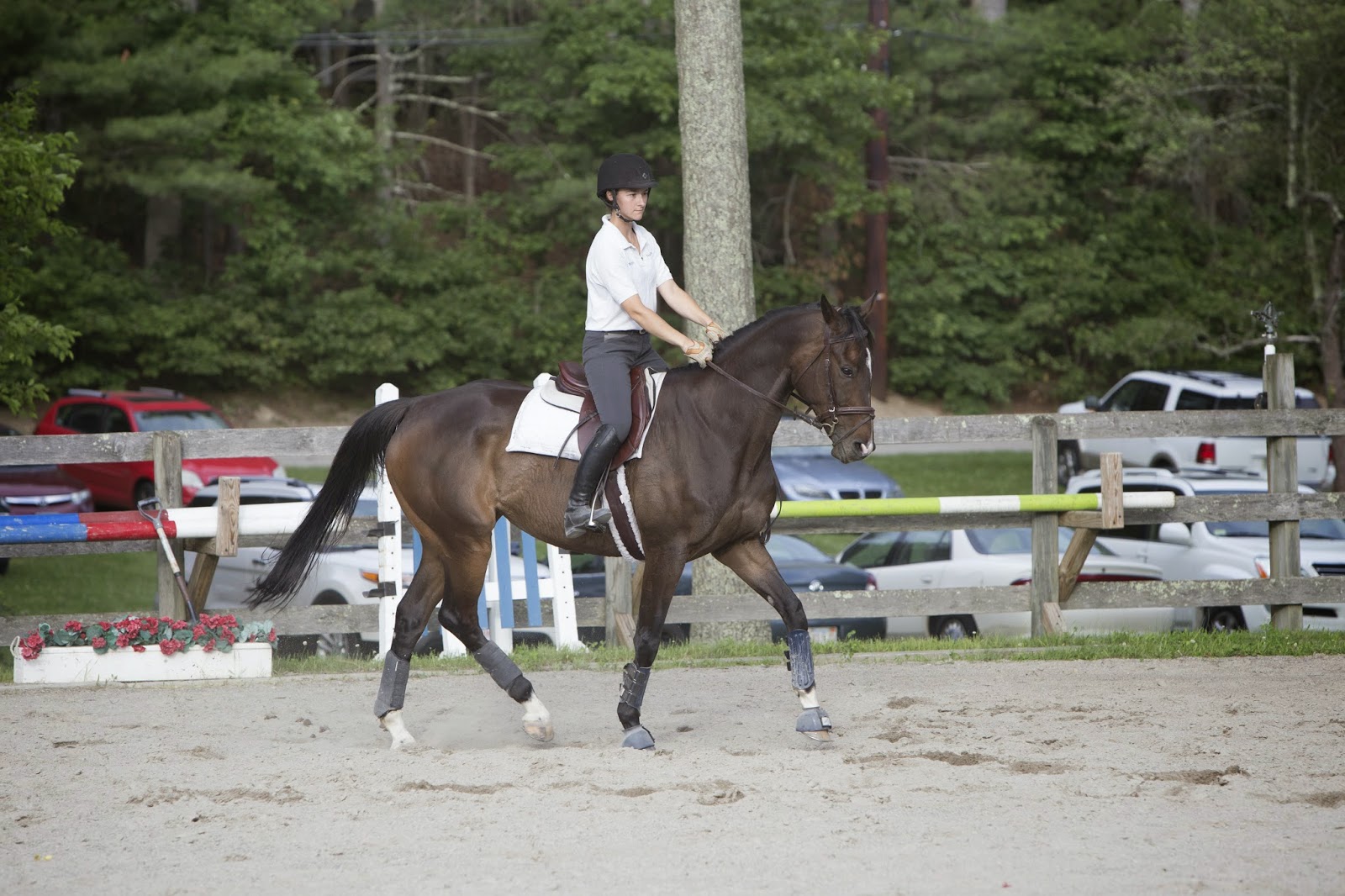 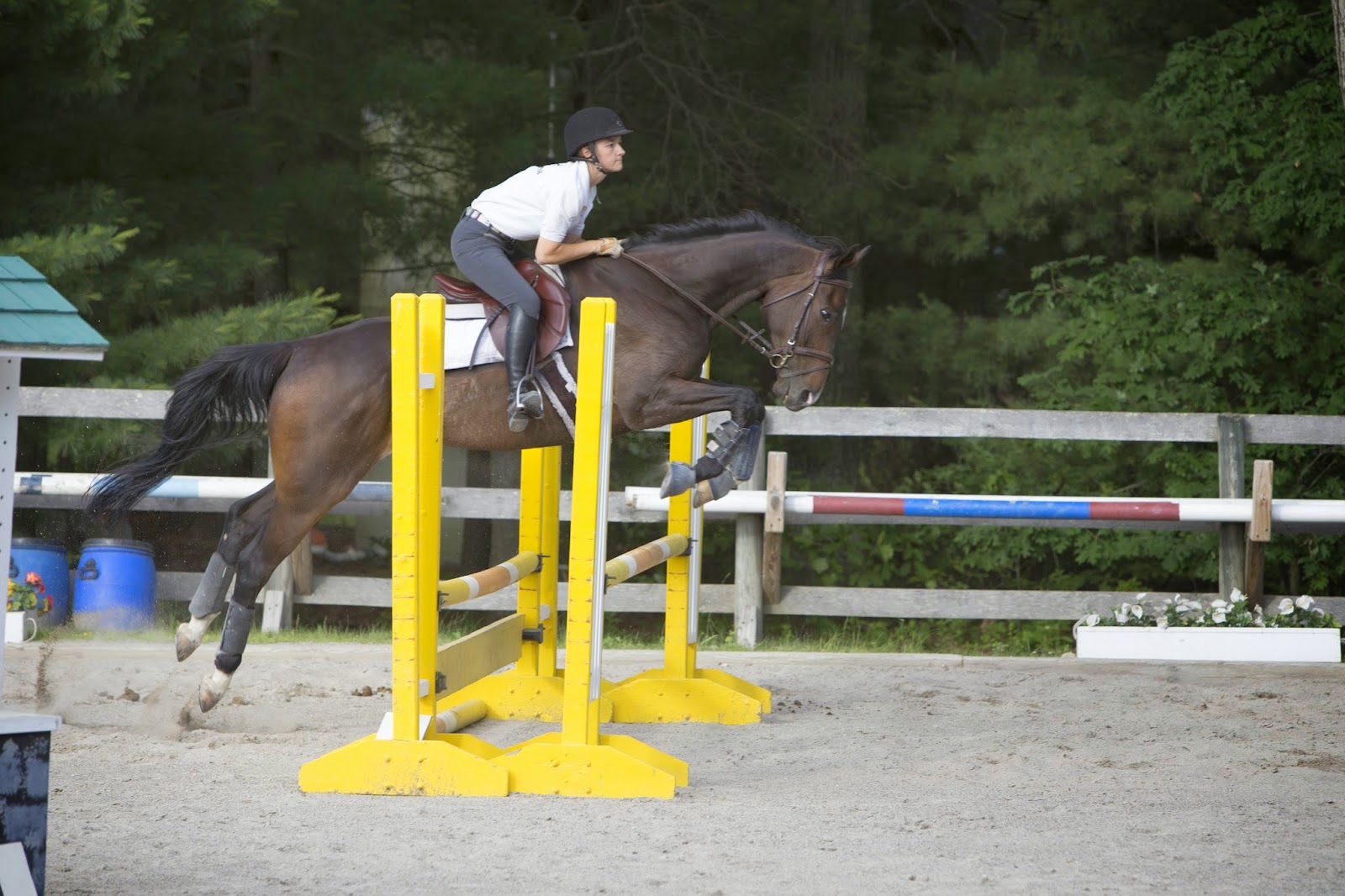 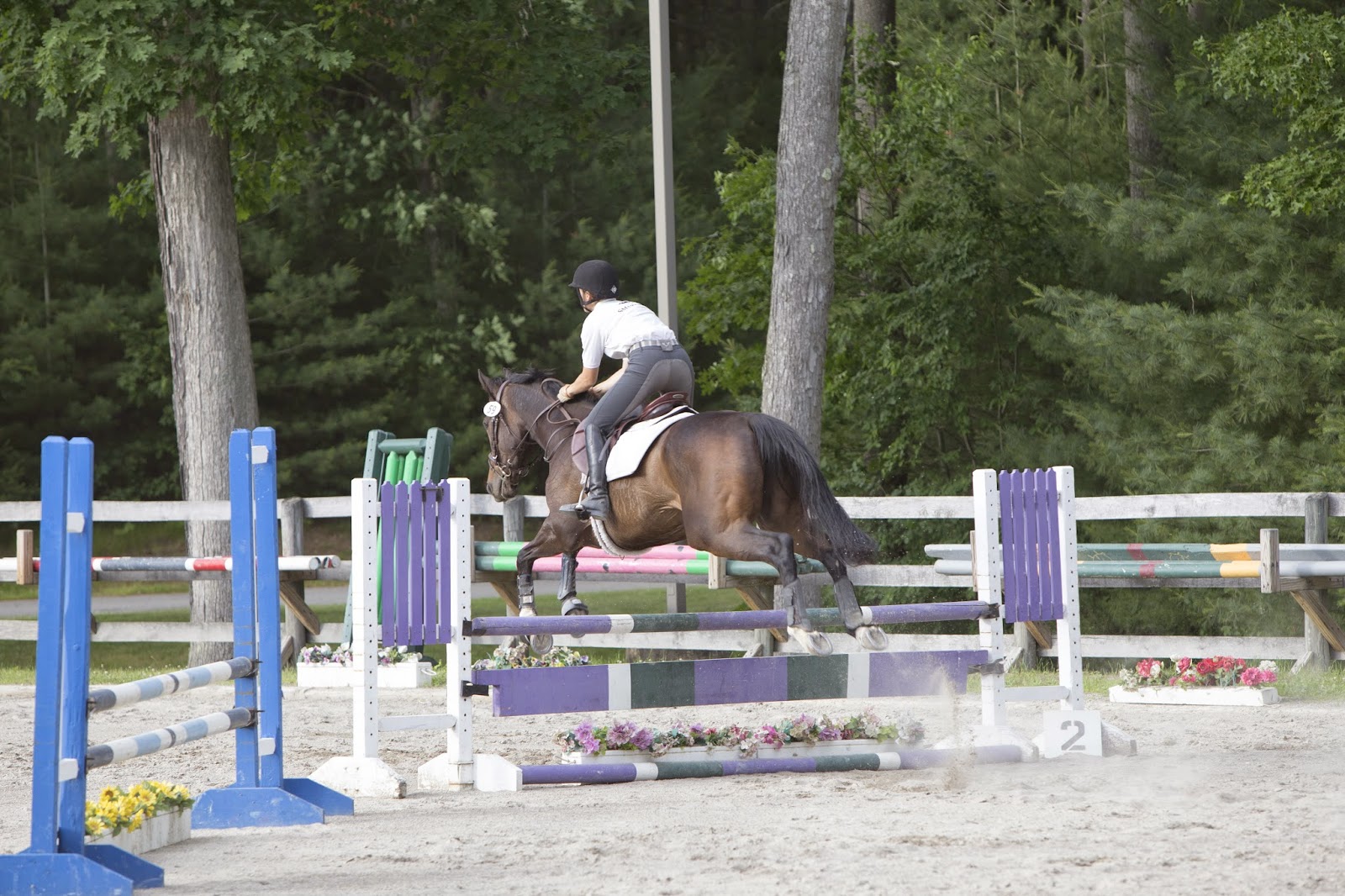 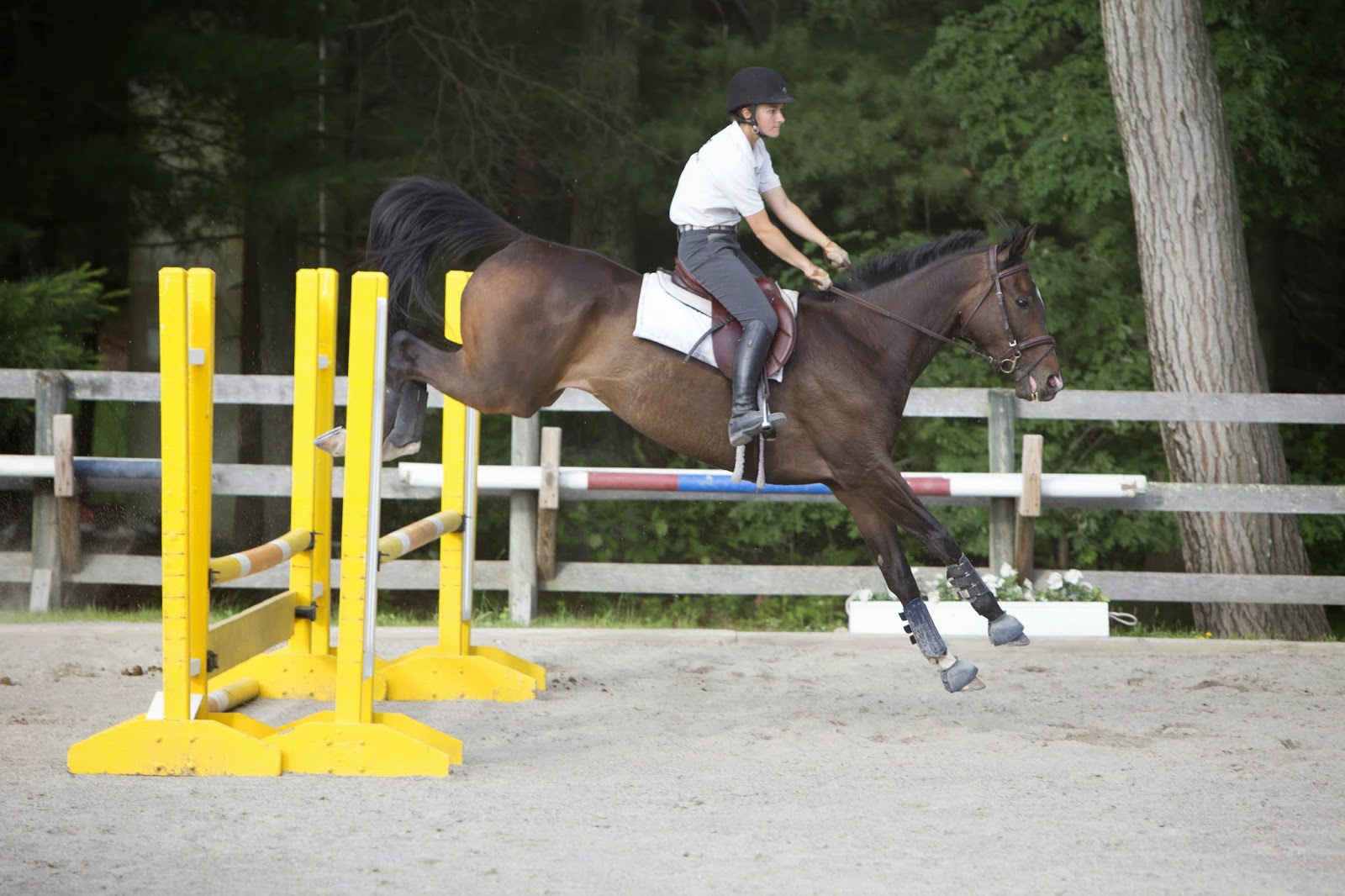 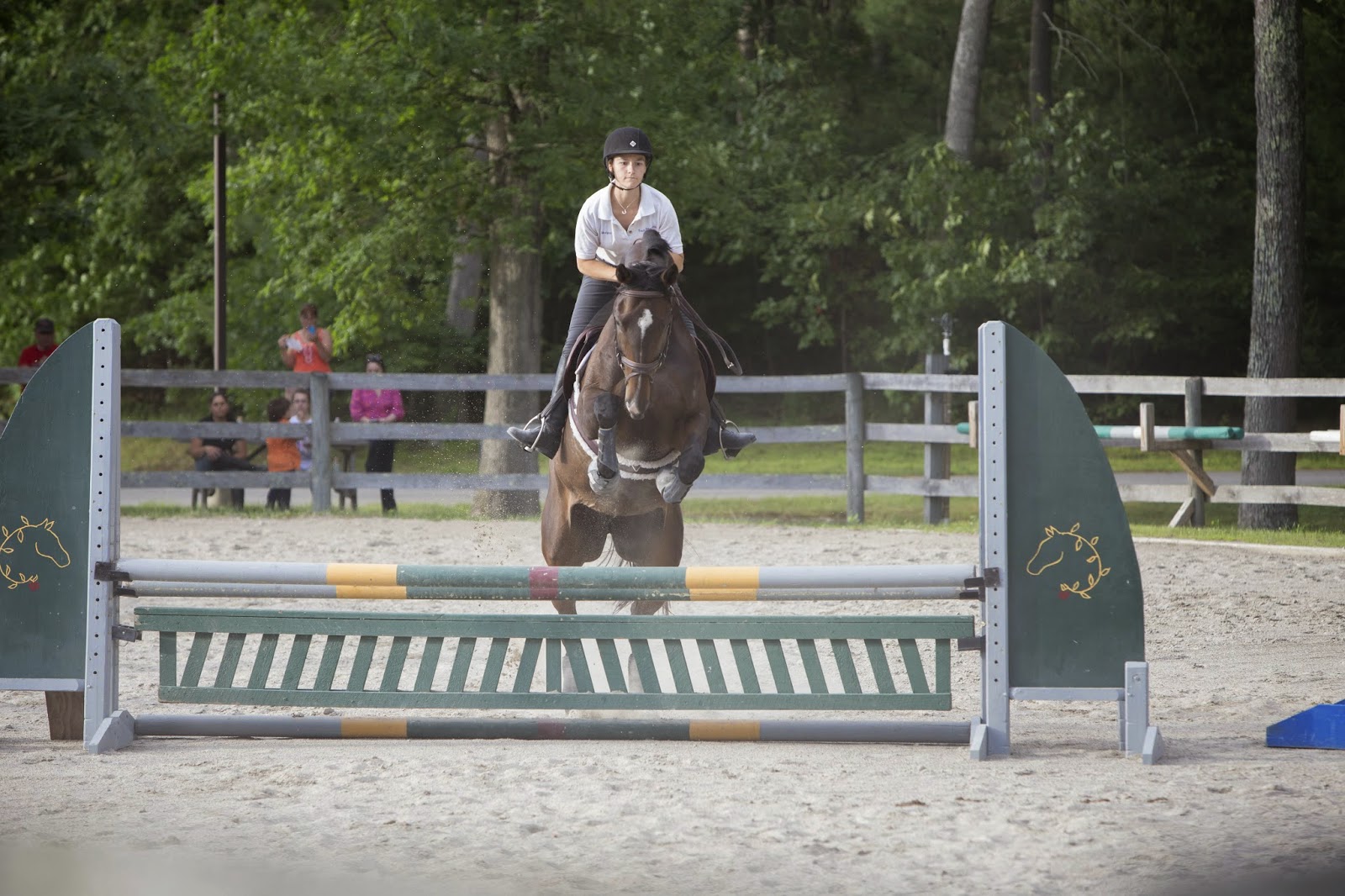 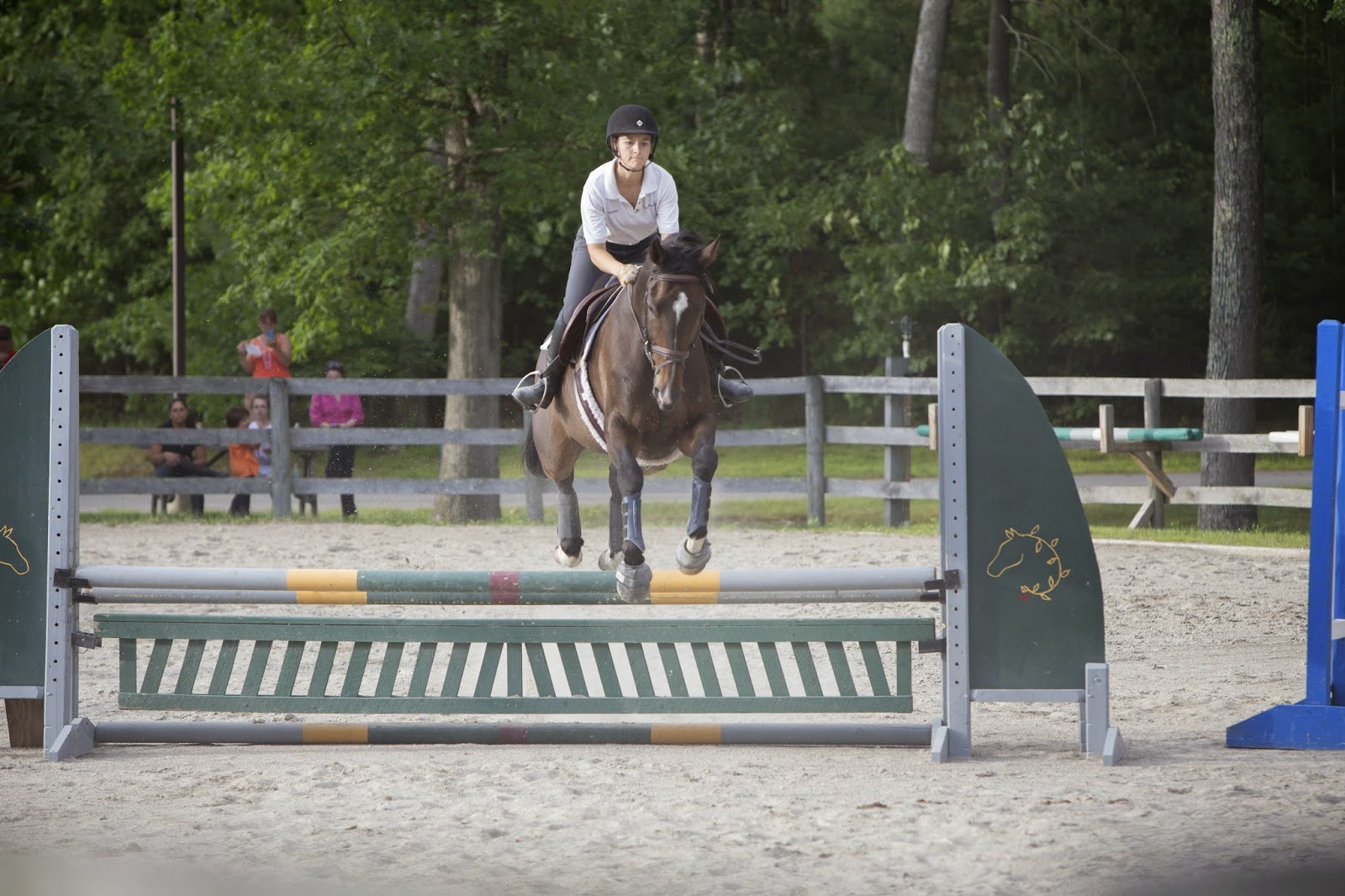 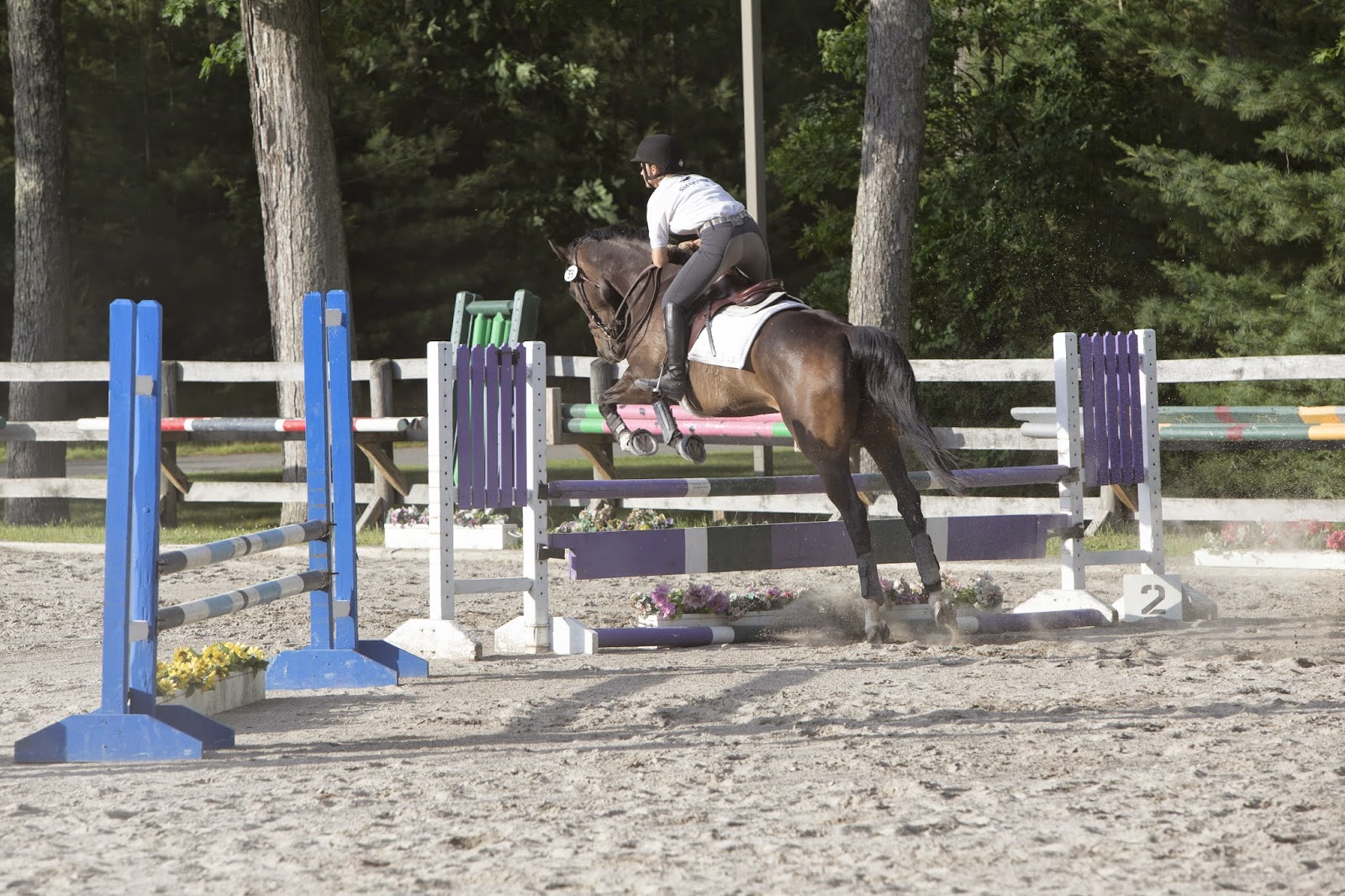 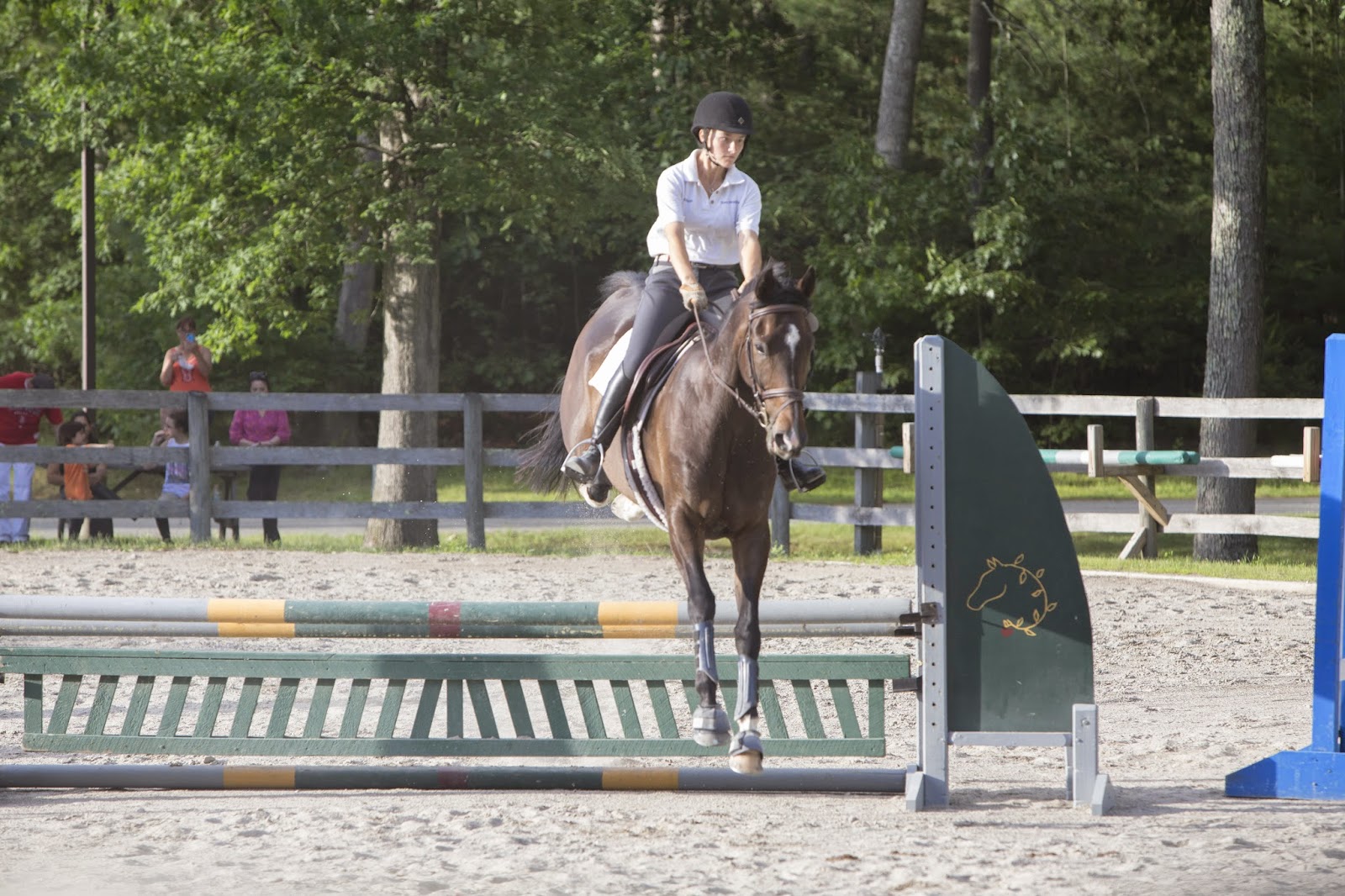 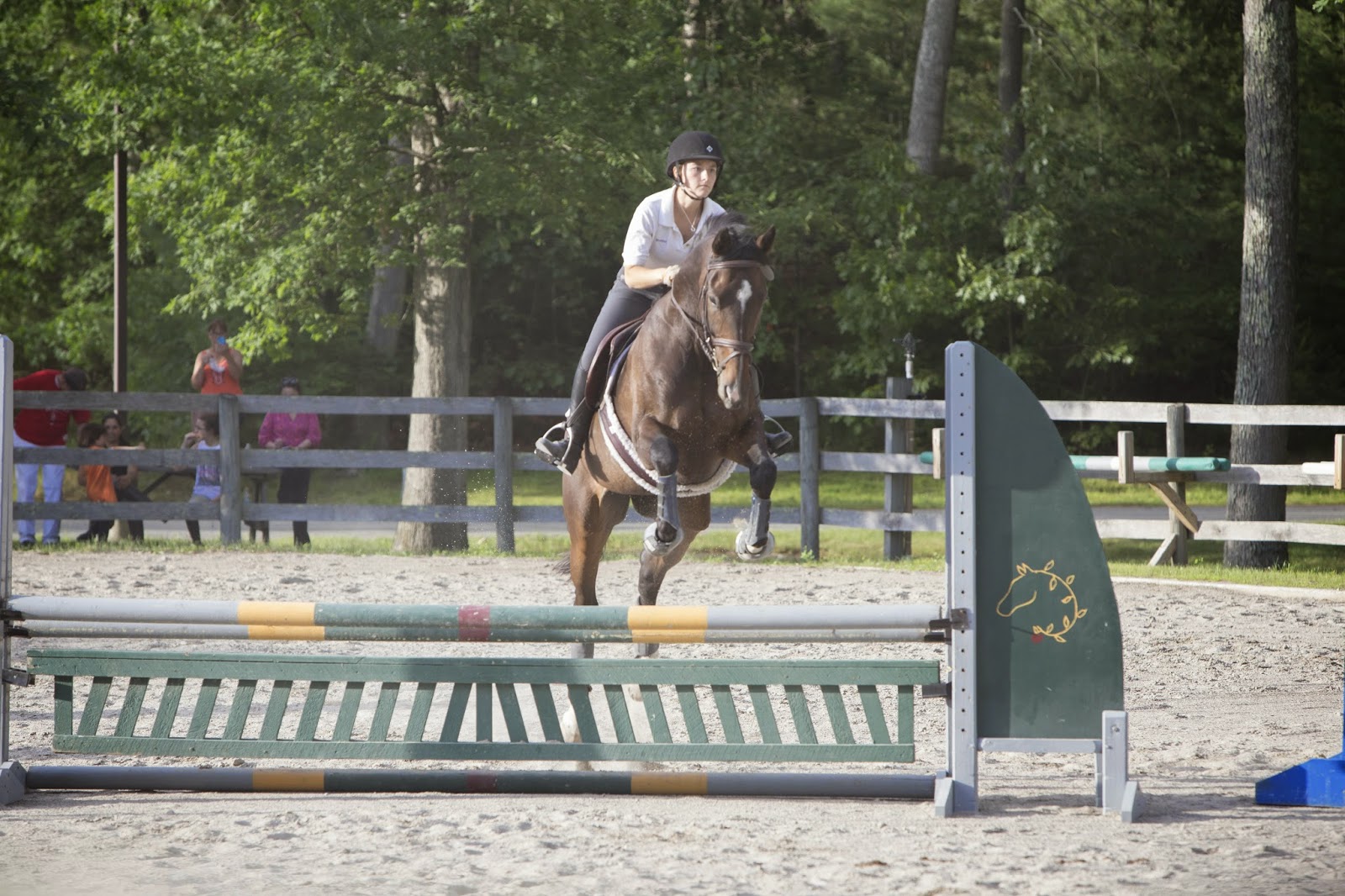 Overall, the day went better than I could have hoped. The icing on the cake was watching Lucy calmly walk on the trailer with absolutely zero hoopla. You go girl. 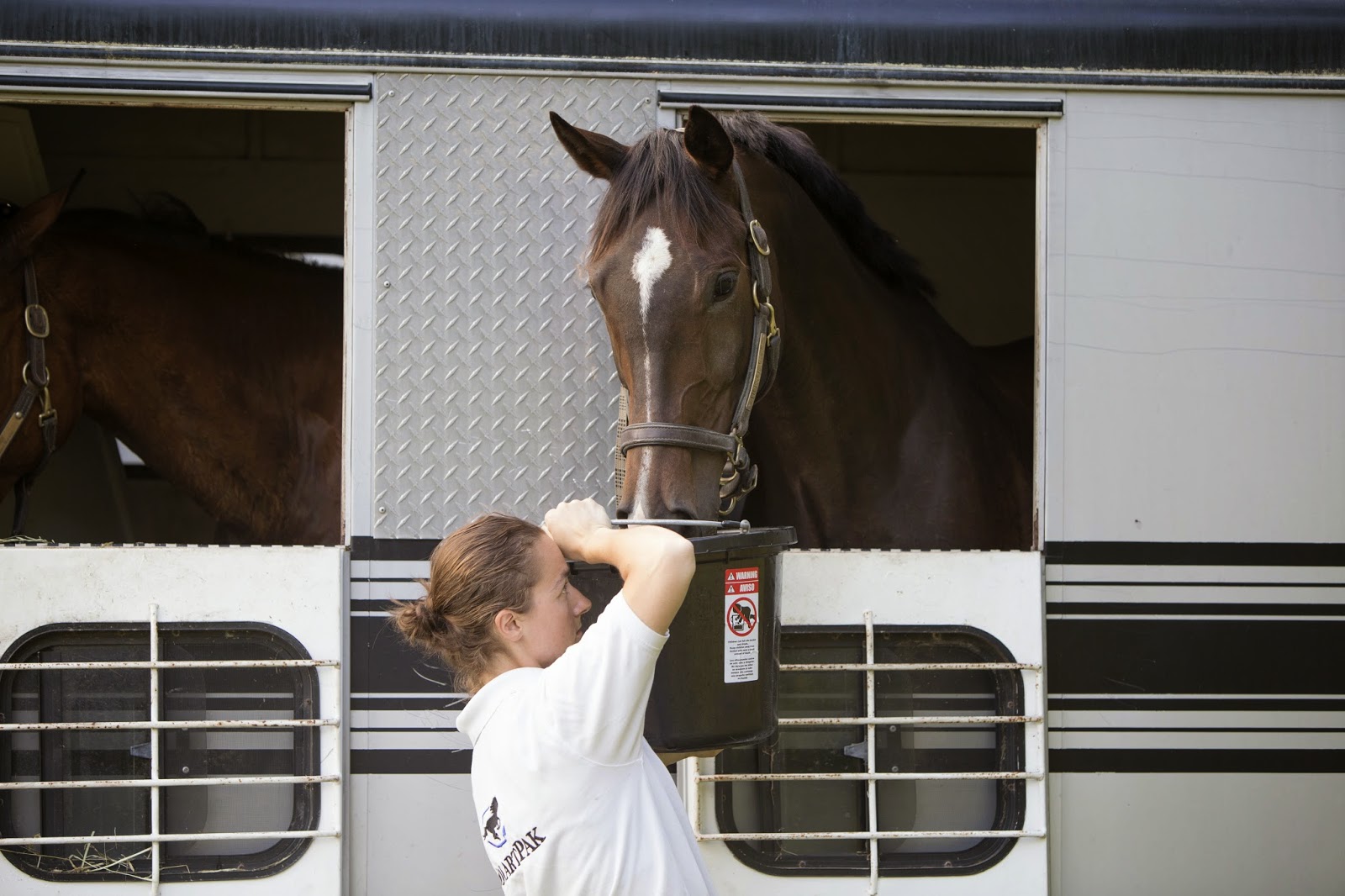