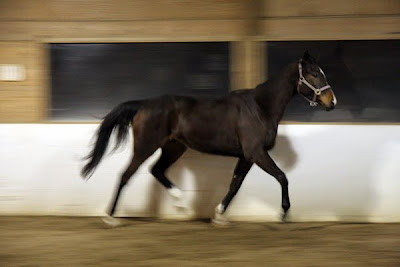 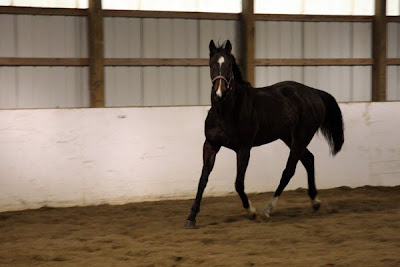 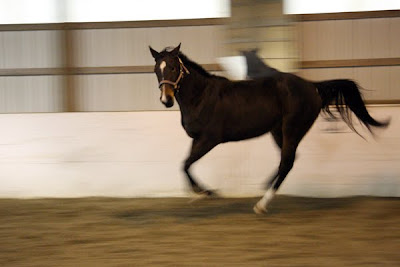 It's been another week of questionable weather, which for me means cleaning Lucy's stall with a shovel, not a pitchfork. She is such a little piggy in her stall. I should have called her "Blender".

Since she destroys her stall on a nightly basis, I have been hesitant to use a bunch of shavings. At over $6/bale, they aren't something I enjoy throwing away, but Lucy makes it so that there isn't much salvageable in the middle of her stall! Anyway she developed small hock sores about a month ago, so I have been bedding the stall deeper since then. I have been treating the sores with an equine antibiotic cream, and they'll almost heal over, and then I bring her in from the paddock and she's somehow reopened them. This cycle went on about three times so while at the feed store yesterday, I asked one of my friends who works there if she had any suggestion. She and one of the other employees recommended Well-Horse Antibacterial Resin. It looks like Betadine, smells like crap, and you spray it directly on the wound after it's been cleaned. My friend and her coworker just could not say enough good things about this product, so I decided to dish out the $25 for the small bottle (yikes!) and give it a try.

Lucy had just reopened the sores yet again, so I cleaned them with a warm wet compress and sprayed the Resin liberally on her legs last night. Today when I got to the barn, there was already a very decent scab on there, which would normally take about three days to form. I am hoping this stuff will be the key to get the sores healed up for good!
Posted by Kate