sheesh, tell me how you really feel.

I tried a couple of saddles today at the barn that are owned by other boarders who were gracious enough to let me try them out :)

Here are the results: 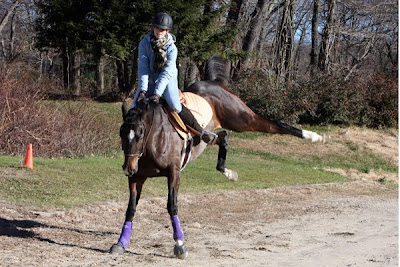 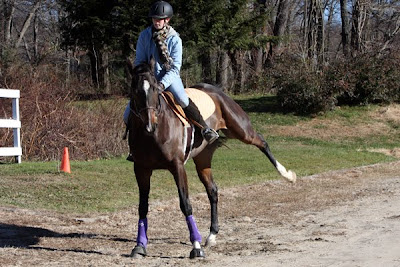 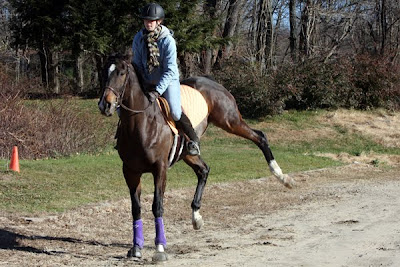 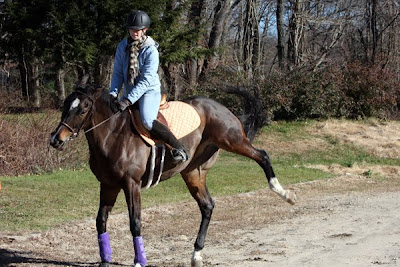 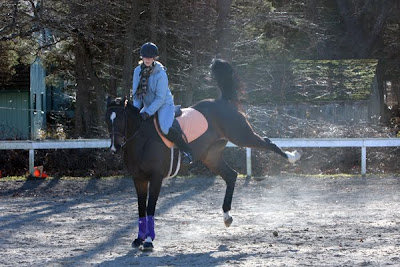 As you can see, she was NOT happy. These were not rapid-fire shots; they were separate and deliberate bucks. It was kind of comical until I got unseated by one and opted to get off while the going was good, and I wasn't airborne.

Of course this meant that I had to show her who's boss, blah blah blah, so I was stuck lunging her until she settled down.

I guess she enjoyed her vacation more than I thought. I don't think this was all due to discomfort from the saddles. She was ridiculous. They were both well-made medium tree saddles and she had a nice pad on...wtf, horse?
Posted by Kate