now that is a fun trick! 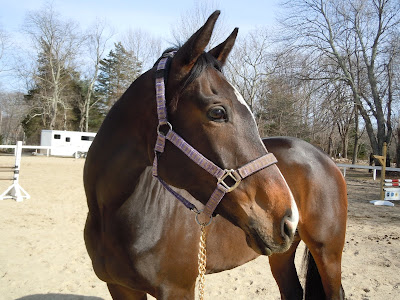 Alright, I'm getting a bit tired of all the excitement. Let's have a nice quiet week where no one faceplants, nothing gets broken, no horse is running loose around the barn, people learn what a leash is, and I don't want to bang my head on the wall every time I go to the barn.

I had basically decided not to ride today before I even got to the barn. It was a beautiful day, bright and sunny and warm in the sun, but I am exhausted from this week. I did all the barn chores, put grain together for the upcoming week, and then brought Lucy in. I noticed she was moving a bit slowly, and when I got her in the barn and looked her over closely, I discovered abrasions on the front of both hocks. Looks like Miss Sassypants has been kicking through the fence again. Lucy, you bad horse. Stop trying to kill all the geldings! Upon further inspection, it became clear that she was in heat, too. GREAT.

I got to work and gave her a thorough grooming. I was finishing up with some coat conditioner when out of the blue, she freaked out on the crossties and flew backward. For once, she wasn't wearing her easy-break halter that has the little piece of leather on the side of it that is about $1 to replace if it breaks, and instead she had on the really nice 1" wide leather halter that I won in a photo contest a couple years ago. She flailed around until she broke the crownpiece and then trotted around the barn a bit. That was a blast, let me tell you! I had to grab a random halter off of a hook and catch her. I have no idea what spooked her, but then the conversation around the barn turned to the Super Moon that we had last night, and how all the horses have been off their rockers today. 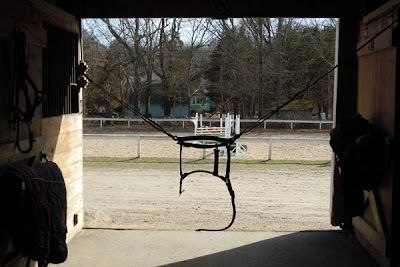 Anyway, I took the opportunity to de-worm her and then take her around the outdoor, where another boarder had set up a course of jumps, and show her each fence to explain that none of them ate ponies for breakfast. 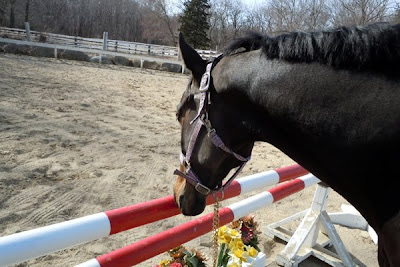 Then I took her down to her paddock for some photos: 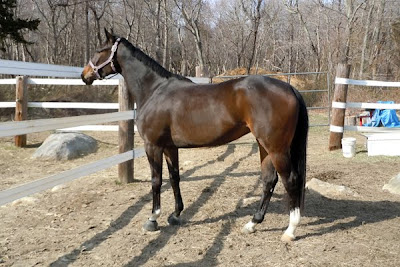 Still looking butt-high, but I am pleased with her condition overall. 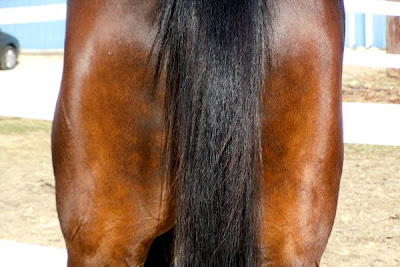 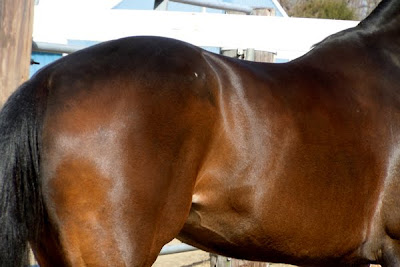