Over the river and through the woods... 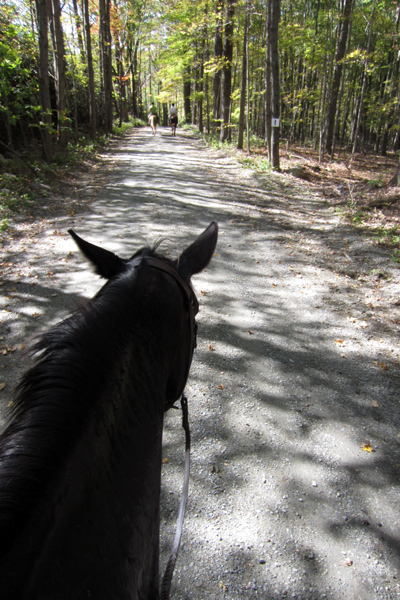 We had a BLAST today at the Tyrone Farm Hunter Pace. It was unseasonably warm, about 80 degrees and humid. The horses have both grown in a really nice starter winter coat already so they were hot right off the bat. I had kept the truck and trailer hooked up overnight to make this mornings departure as quick and easy as possible. Both horses loaded without any fuss whatsoever, which set the tone for the rest of the day. They both unloaded well at the pace and we quickly got tacked up and set out. The ride was ten miles long but it felt much longer than that because the footing SUCKED. The ground was very saturated and we were walking on dirt trails, which quickly became deep and sucking mud. It was very strenuous on the horses so we walked more than anything. There were a few spots that were dry enough to have a brisk canter, and we also tried a lot of the jumps! Lucy was such a pro today over jumps that were much different than the ones we've been doing in the ring. We did coops, a ton of logs, a little coffin jump, a box jump, a stone wall, planks, a step, etc. I was VERY impressed with her! 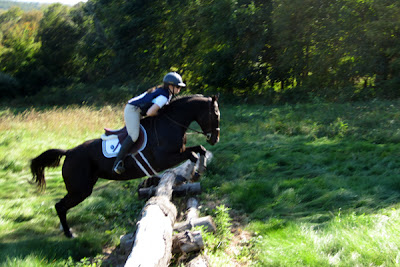