I can never wear my wedding/engagement rings when I ride because they get in the way. I usually put them in my grooming tote but today I was wearing breeches with pockets so I tucked them both into one of the pockets, thinking they'd be safe. I also tucked some hard candies in the same pocket as the rings to give her when I got on, and so once out in the ring I pulled one of the hard candies out. While pulling it out I could feel my engagement ring but didn't feel my wedding band, so I got concerned and made sure it wasn't in my pocket. It was missing...CRAP. So I had to retrace my steps (thank god I hadn't ridden before realising it was missing!) and I finally found it in her stall half-buried in the bedding. YIKES! I'm just glad I found it...I certainly didn't want to buy that ring for a THIRD time (and that is a whole other story).

I put the rings in my grooming tote and took L back outside and we proceeded to have a GREAT ride. It was almost perfect but she had one big obnoxious spook and then she was a bit bonkers, but I got her brain back in her head, had a lovely canter to the right, and called it a day. One really funny part of the ride was when she tried to jump a HUGE puddle instead of trotting through it, and once I got her to cut that out, we picked up a canter and she did it again and almost jumped me right out of the saddle! This puddle was about 6' wide and I'm pretty confident she jumped the whole thing! hahahahaha. So then we had to learn how to canter *through* a puddle...what a day, what a day.

I also gave her a bath, and though she rolled right after I turned her back out, she *was* spotless for all of ten minutes! 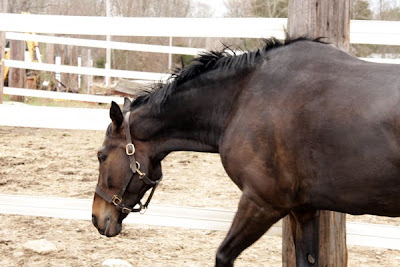 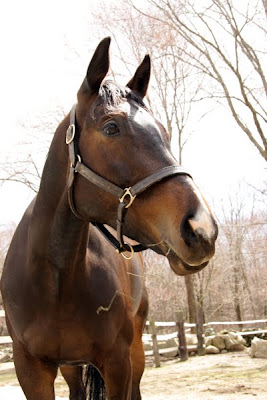 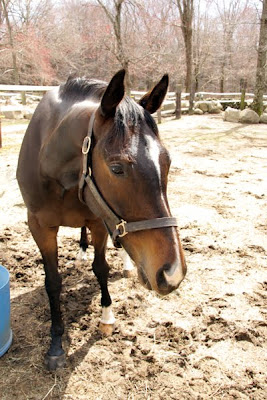 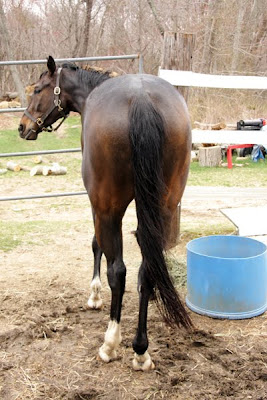