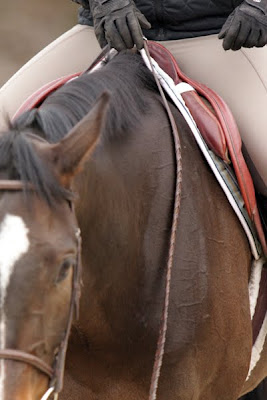 This week at work was very busy but I did manage to squeeze in a few rides. Everyone wants to know what differences I've seen in Lucy since we started the GastroGard. The biggest difference is that she accepts my leg much better. She occasionally still kicks out, she still bucks, and today she popped a little rear when I didn't let her stop just because she thought she was done, but as far as accepting the forward cue from my legs, she is much better. She also still spooks at nothing, which is not like her and I hope the lyme titer will shed some light on that when it comes back.

Other than accepting my leg, she also seems to be much more chill, not under saddle but just in general. She takes long naps in her paddock in the middle of the day, which she never did before. She doesn't try to run me over on the way from her paddock to the barn in the afternoons. Besides the spooking, she seems less reactionary than before. She demolishes her hay every night and we are actually up to 4 flakes a night, whereas before the treatment, if I gave her any more than 2 flakes, she would not eat it and I would end up having to throw the excess away because she'd poop and pee all over it. Her stall has also been markedly easier to clean, as if she's moving around less at night.

We are just 1/3 of the way through the treatment now and I hope her temperament will even out further as we complete the rest of the GastroGard.

Anyway, we had a lovely ride yesterday and my friend took some photos for me :) I am very happy with the canter work we did. She was really relaxing through her shoulders and topline and it felt lovely. 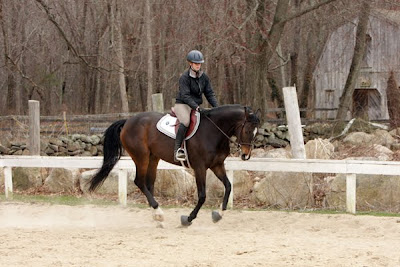 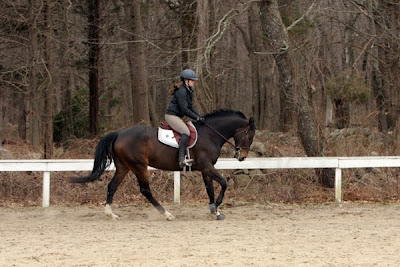 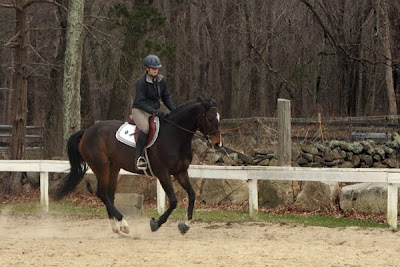 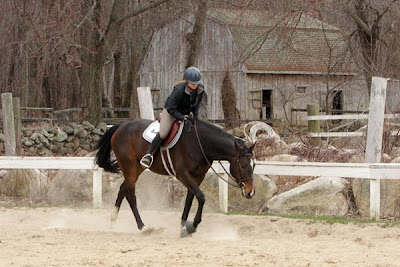 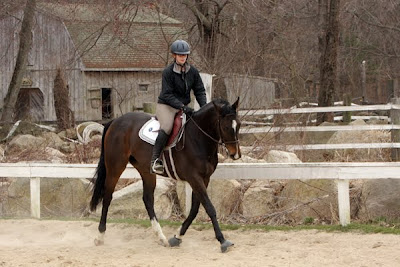 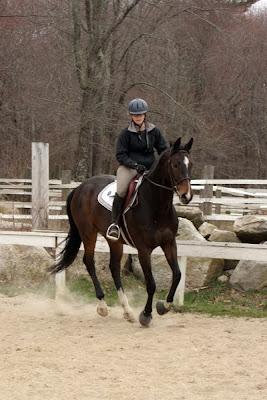 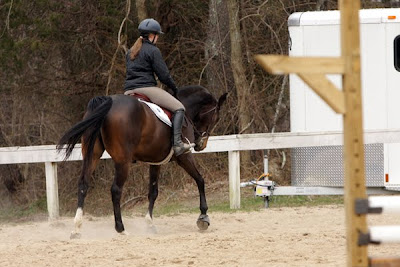 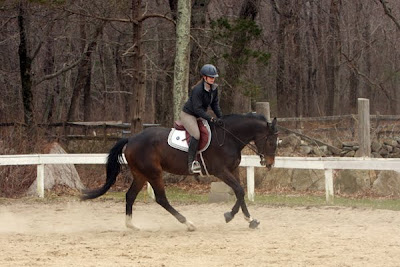 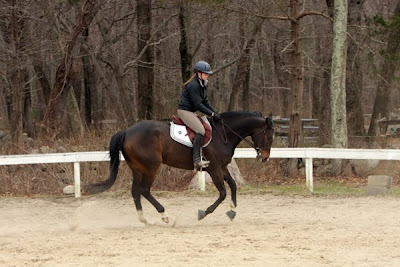 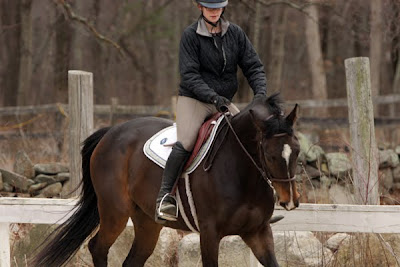 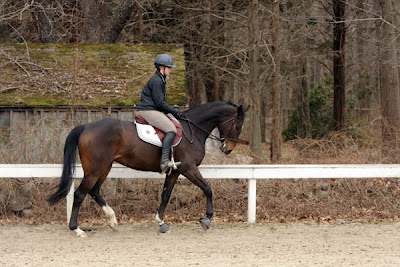 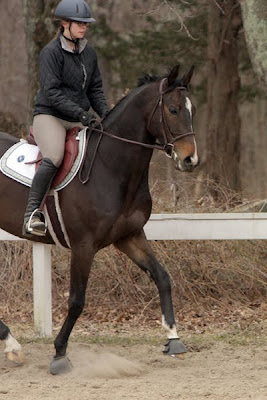