Successful first canter around the field

Lucy calmly was able to w/t/c around the field today WITH another horse :) I was worried she might have taken the "must race!" mentality with her but she seemed happy to be beside another horse no matter the speed we were going, and was cool with going away or towards the horse, too.

Here are some photos: 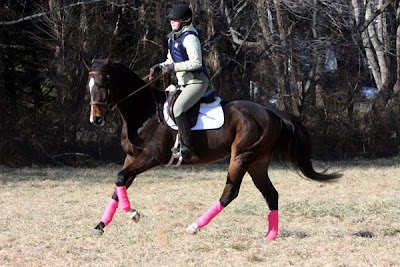 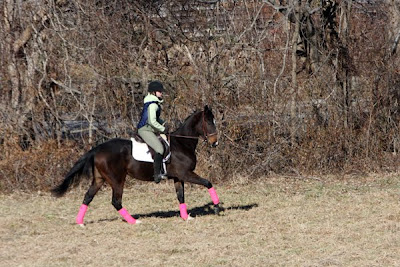 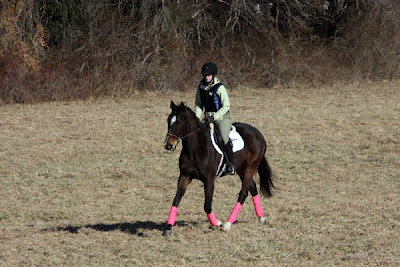 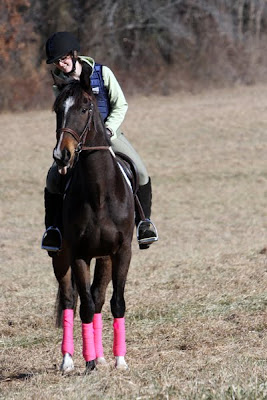 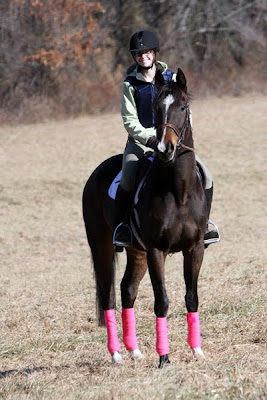 Lucy also got weighed today, but the results weren't what we were expecting. She has actually lost weight since she came in November. If you think back to the photos I have of her the day she arrived, she looks much much better now, yet according to the scale she has lost 9 pounds. With horses, 10 pounds here and there is really trivial, but I was expecting her to gain at least 50 pounds, so I was very disappointed.