Bring it on, Irene.

As most of you probably know, the East Coast is getting battered by Hurricane Irene, which formed down in the Bahamas early in the week. It's now looking like it is going to be a weak Catagory 1 hurricane or a strong Tropical Storm by the time it gets to Rhode Island, but earlier in the week the weather experts were predicting that it would be a lot stronger. I've been preparing for this storm at work, at home, and at the barn. Here's what we've been doing to "hurricane-proof" the barn: 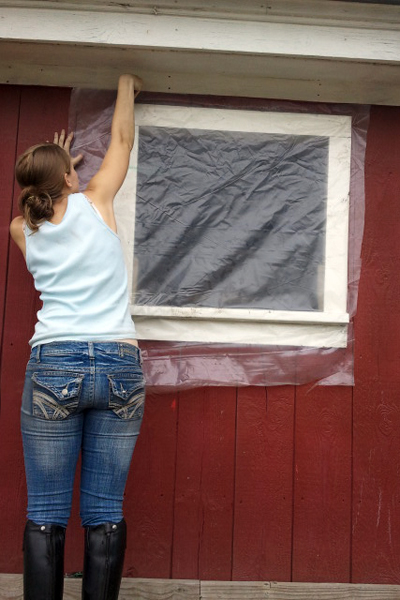 We also brought extra hay into the barn and made sure it was stacked on pallets off the ground, just in case the aisle floods.

I think we are as prepared as we can be so bring it on, Irene!
Posted by Kate