Rhode Island celebrates "Victory Day", which commemorates the victory over Japan in 1945. Word has it that we are the only state still celebrating this day. It used to be called Victory over Japan Day but that was quite offensive to residents of Japanese descent, so it was shortened to regular old Victory Day.

Anyway, the point is that I had today off of work for Victory Day, which made this weekend one of the three-day variety.

Let's just say I made the most of my extended weekend. On Friday I stayed true to my word and took Lu out on a trail ride...by ourselves! The trails at this barn are incredible. They are flat, wide, and so welcoming. They flow around the 60 acre property in easy-to-follow loops and pass by neighbourhoods, a hidden second outdoor ring about 1/4 mile back, and a few grassy open areas. I only had half an hour to ride on Friday but I made the most of it and even let Lucy canter down one of the paths. She was a perfect lady! I was very pleased with her.

On Saturday I had another crazy jam-packed day but I squeezed in another trail ride. We explored a different loop and I can't wait to have a solid few hours to go out there and really look around.

On Sunday my friend C came to visit. Sadly it poured from dawn to dusk on Sunday so we were stuck in the indoor, but C did a fabulous job with Lucy. None of the horses got turned out because it was raining so hard, so Lucy was feeling a bit full of herself, and I think she was also a tad upset that she was being asked to actually work. She has become accustomed to her life of hunter hacks around the outdoor and cruising around the trails. Work? Pshh, who needs that nonsense?

She came around quickly and once she settled down and used her energy in a positive way, she started looking like a real dressage horse. 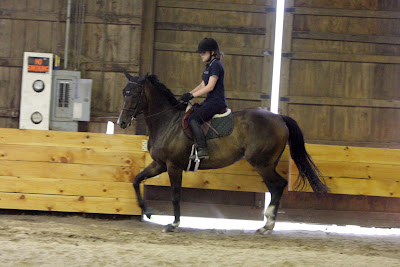 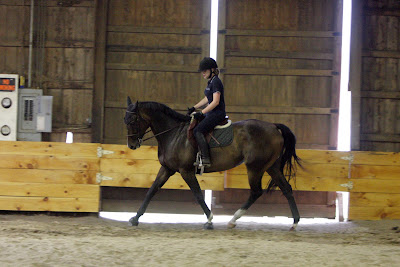 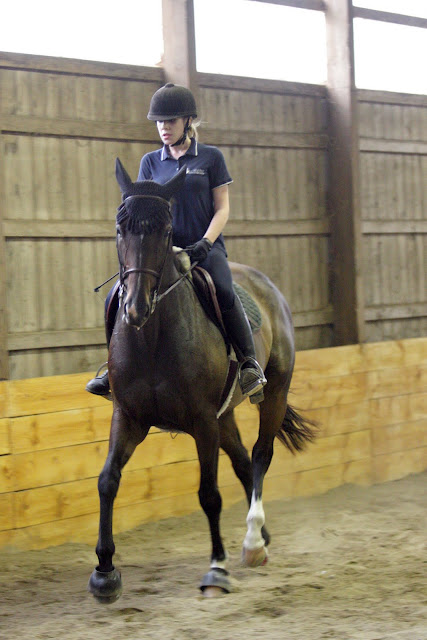 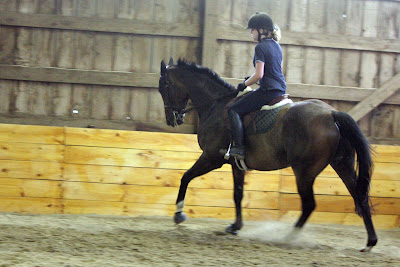 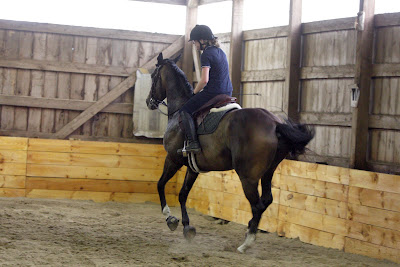 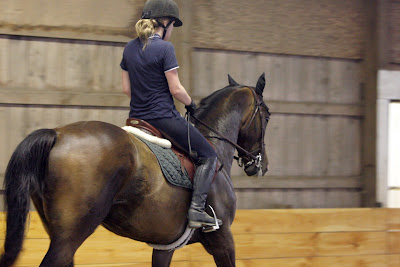 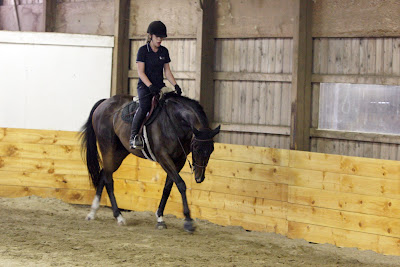 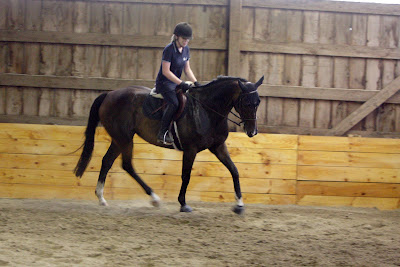 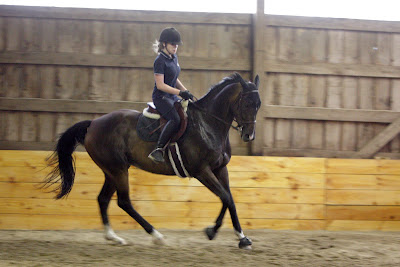 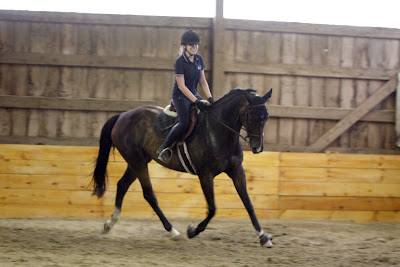 Today the awesomeness continued with a ride in the outdoor, as the sun had returned. I tried to take advantage of the schooling session yesterday and work on some of the techniques C had told me about. I asked a lot out of her and wanted her to be forward but not out in front of me, if that makes any sense. My barn manager took some photos for me (thanks M!!): 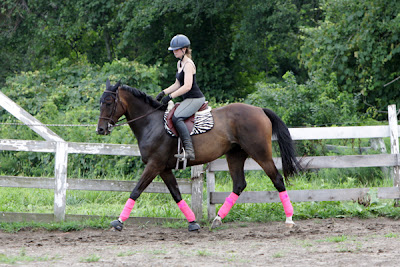 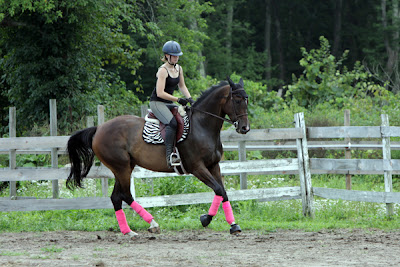 Then we went for a hack in the front field and I rode her in a looser, more stretchy frame and she was awesome.

Right after I untacked her and hosed her off, the skies opened up and it rained for a solid 20 minutes. It was so nice and so refreshing. I turned Lucy out in the outdoor and she nibbled on grass, and the barn manager and I sat at the picnic table by the ring and had lunch together as the rain came down. The rain and lovely cool cross breeze felt so refreshing and I felt like the luckiest girl in the world. Did I mention I LOVE my barn?!?!?!!?

I also found time to work on some new saddle pads. One was a custom design for Karen, who had an unusual (but very original!) request: 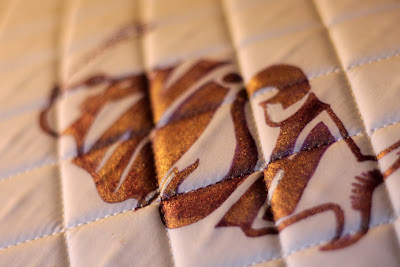 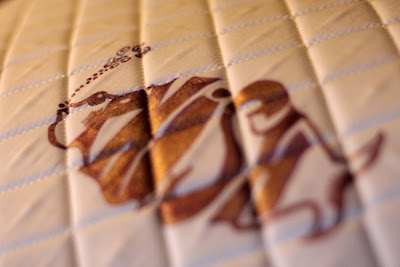 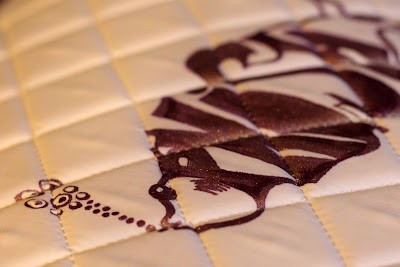 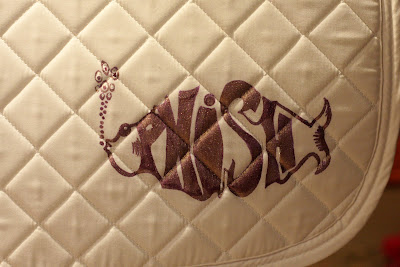 Hampton is going to look super handsome in this pad. I hope you can totally "rock" the XC course with it!

I did a few others but don't have photos of them yet. I also picked up some new pads at Dover today, including some fun colours like lilac, royal blue, and royal purple.

In non-Lucy news, I picked up a life jacket for Cairo a few weeks ago at the pet store, and today we got to try it out for the first time. Here she is looking ready for her scene in Baywatch:

She did a pretty good job but still wasn't crazy about the idea of swimming. We are going to give it another try soon, hopefully with a water-loving canine friend to encourage her to go in.