WOW, I have been off the grid for almost three days!

Irene has come and gone and in her wake, over 300,000 homes were without power. My house was one of them. We lost power very early Sunday morning and just got it back at around 9pm tonight (Tuesday). Kenny and I actually played card games multiple times over the last three days, and cooked dinner one night over a fire in the back yard!

On Sunday, when the hurricane actually hit, I was able to make it to the barn twice to check on Lu and make sure she had everything she needed. She ate almost an entire bale of hay in that one day, but what she really wanted was to go out. Apparently she really has started to enjoy turnout and she was clearly unhappy at being cooped up in her stall for the day. I tried to explain to her that 6o+ mph wind gusts weren't that cool, but she didn't want to hear it.

To make it up to her, we tried out some barrel racing in the indoor (which held up without any issues!): 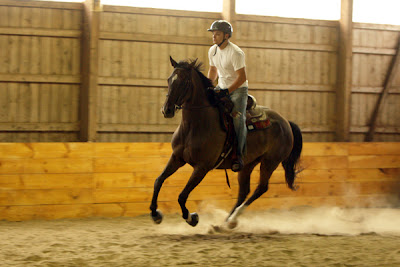 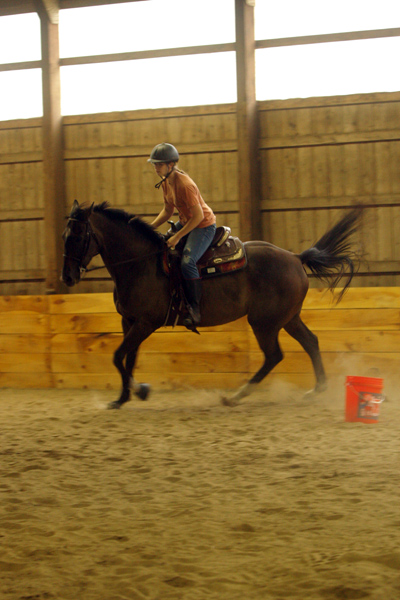 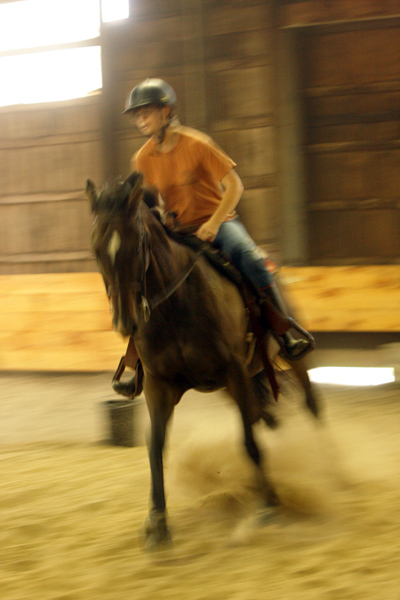 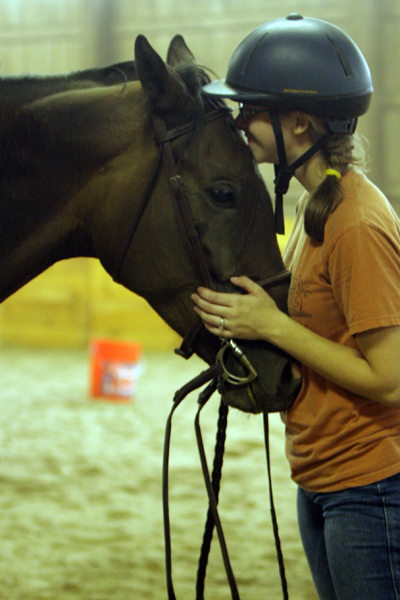 Other than being off the grid for what seemed like a century, things went without a hitch. The horses that were evacuated to our barn were able to return to their barn the day after the storm. No horses got loose and no trees fell on our barn. The barn didn't even lose power!
Posted by Kate